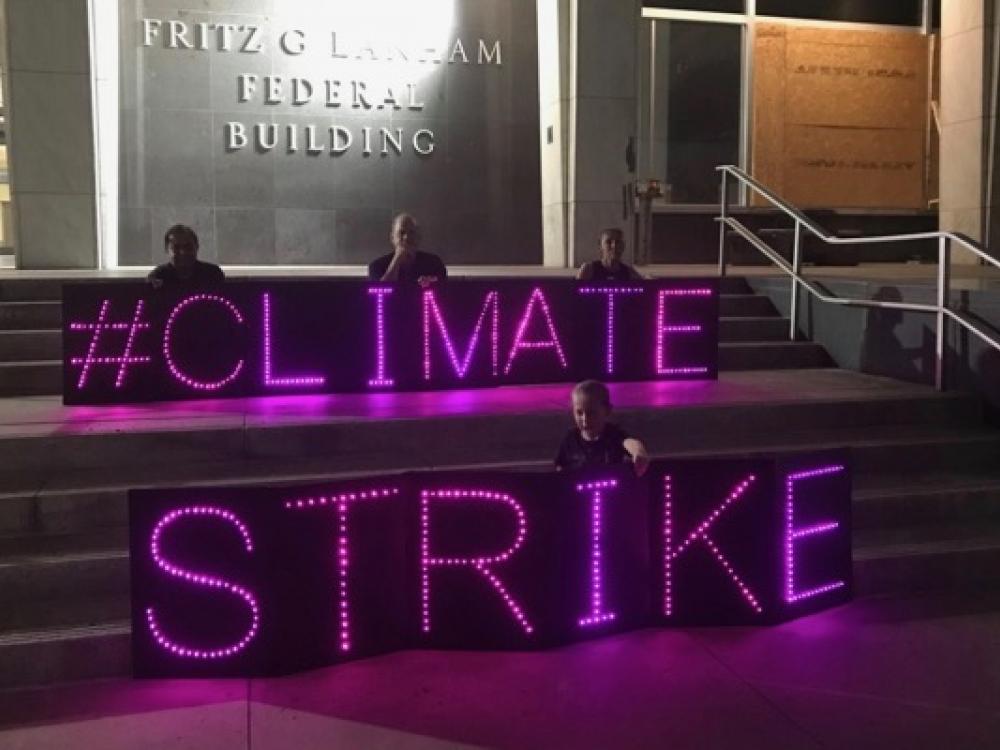 Events will be held in Dallas, Fort Worth, Denton, McKinney, Granbury and Sherman Sept. 20-27. Courtesy of North Texas Light Brigade.

North Texas eco-activists are gearing up to join a worldwide climate action this week.

The Global Climate Strike is a response by a coalition of groups, NGOs, unions and social movements across the world to young people’s call to action, according to its website.

Greta Thunberg, a Swedish student, organized the first youth climate strike in 2018 at age 15 under the name Fridays for Future. Thunberg's  UN speech about climate change captured the world's attention.

The week-long event will kick off Friday, Sept. 20, three days before a UN emergency climate summit being held in New York. Actions will continue throughout the week.

Locally in North Texas, several environmental groups are participating to support the cause. There will be climate actions in Dallas, Fort Worth, Denton, McKinney and Granbury. 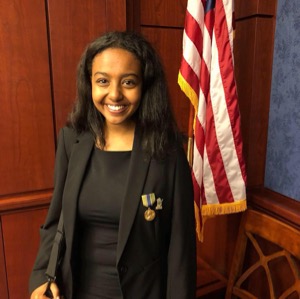 Yolian Ogbu, the 20-year-old student government president at the University of North Texas, is leading the Denton Strike on Sept. 20 at 11 a.m.

Yolian Ogbu is the lead organizer for the Climate Strike at UNT.

“I realized that I have the capacity to organize. I feel like it’s my responsibility,” said Ogbu, who is also the organizer for the local Zero Hour group. “It’s a hot button issue.”

More than 150 people have signed up on the Denton Strike’s Facebook event page as of press time.

Ogbu, a third-year political science and communications major, said they are expecting many more to sign up as organizers ramp up their social media campaign. They’ve also invited nearby Texas Woman’s University students to attend.

The event will be held on the library mall on campus, known for its environmental initiatives, including stadium wind turbines, the nation's first all-vegan dining hall, graduate environmental programs and its Mean Green Fund.

Ogbu said they aim to bring greater awareness to the climate crisis, show support for the Green New Deal and put pressure on government leaders.

“We’re using this platform to make sure that our local politicians are being held accountable in a year when a lot of them are running for reelection.”

Ogbu said since she began working on organizing the march, she’s learned a lot about the climate crisis.

“I’m realizing how much of an imminent threat it is. I don’t understand why it doesn’t seem to be a crisis to those in office.”

She said the strike is just the first step of many to put pressure on representatives to act.

Ogbu, who has dreams of working for the UN someday, says she identifies with Generation Z, which she says is taking climate change more seriously than previous generations.

“We look at lot of issues and look for the root cause. Climate issues have been talked about for decades. We’re taking a more radical approach because we don’t have a lot of time.”

Meanwhile in McKinney, 17-year-old Kira Traylor is leading the climate action day on Saturday, Sept. 21. Like Ogbu, Traylor was motivated by the urgency of the issue.

"I am organizing this strike because it is imperative that us citizens take action now before it is too late," said Traylor, a Wakefield High School student. "Rather than relying solely on the government, we must take action ourselves." 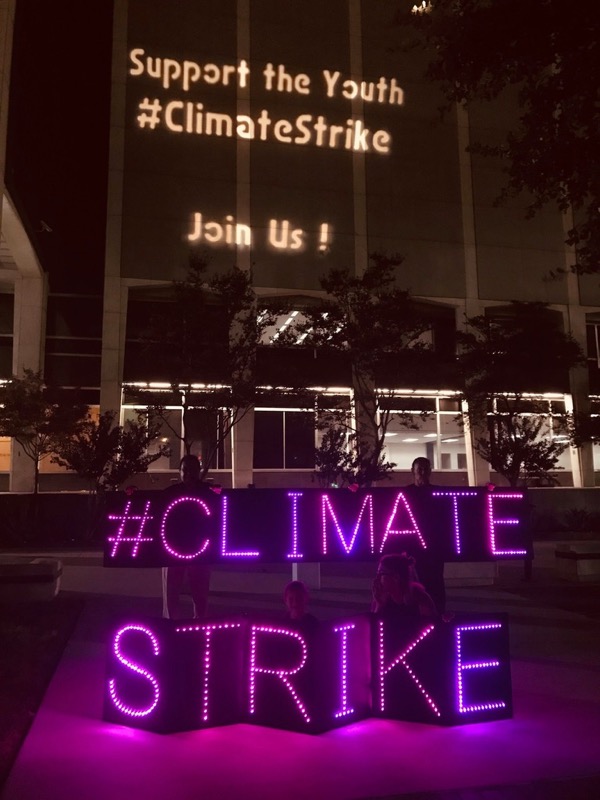 While youth groups are organizing demonstrations in Denton and McKinney, adults are leading the events in Fort Worth and Dallas.

John MacFarlane of the Greater Fort Worth Sierra Club, is a co-organizer of the Fort Worth Climate Strike on Sept. 20. The event will be held in front of Fort Worth City Hall from 9 a.m. to 4 p.m.

They have enlisted some local high school students to participate as well.

MacFarlane will be joined by his kids, ages 10 and 6, who will miss school to attend.

“It’s really supposed to be for students,” he said. “Essentially I’m doing it for my children.”

“We want to bring awareness to Fort Worth about climate change," said MacFarlane. "We want [our city representatives] to know we expect action immediately.”

In addition to the strike, the Greater Fort Worth Sierra Club will host a film screening of Josh Fox’ movie How to Let Go of the World (And Love All the Things Climate Can’t Change) on Sept. 24.

In Dallas, a demonstration will be held at the Continental and Margaret Hunt Hill Bridges on Sept. 20 from 7 p.m. to 9 p.m. In addition, the Dallas Sierra club is hosting a Climate Walk on Sept. 23. The event is full.

“Youth is asking for the climate to be taken seriously,” said co-organizer Molly Rooke of the Dallas Sierra Club and 350Dallas.

Rooke said they were hoping youth would take the lead on the Dallas action but decided to plan it to raise awareness and perhaps mentor young environmentalists in the process. Some local youth groups that will be participating include the Sunrise Movement Dallas, the Young Advocates Committee  and Zero Hour Dallas.

“We will be helping them more effectively use their voices.”

The Dallas event will take place in a public area on Friday evening where a lot of families will be strolling around, said Rooke.

“I don’t think we can just assume that everyone knows what the climate crisis is. I think it’s important to be informing people about urgency of the situation and availability of solutions.”

Fort Worth Film Screening & Panel Discussion:How to Let Go of the World (And Love All the Things Climate Can’t Change):  7 p.m. to 10 p.m.