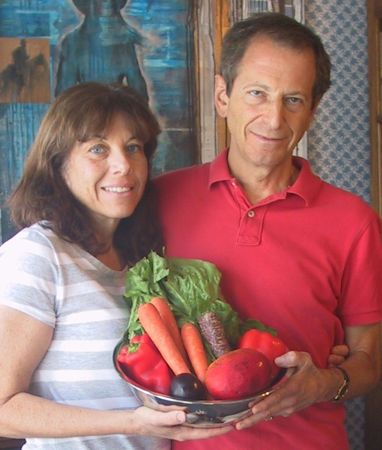 Left, Laura and Scott Slayton, took over proprietorship of the Hattie May Inn in Fort Worth in June, transforming it into DFW's first all vegetarian B&B.

Photo by Julie Thibodeaux. Other photos courtesy of the Slaytons.

When the first all-vegan diner in the Metroplex opened in Cowtown 12 years ago, Fort Worth was no longer exclusively the land of steak and brisket.

In June, Laura and Scott Slayton took over proprietorship of the Hattie May Inn, in the hip historic district, south of downtown Fort Worth.

The Slaytons, both native New Yorkers, have adopted mostly vegan diets themselves. So when they took over the country-themed B & B, they knew it had to reflect their lifestyle. 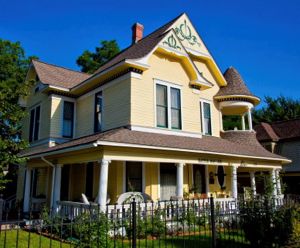 Laura Slayton said she’d had an aversion to meat and dairy since she was a child.

“It just never made sense to me that we should eat something that was living and breathing,” she said.

Right, the historic Hattie May was built in 1904.

But she didn’t make the leap completely into vegetarianism until one of her sons was diagnosed with Crohn’s Disease. She began researching foods and became very conscientious about what she served her three boys.

During that time, she took them to a working farm to give them a lesson on where their food came from and discovered lessons herself.

“Here are my kids feeding this calf that’s going to be sold off to a veal farm, she said.

The juxtaposition of her children with the innocent creature that was going to its doom was overwhelming. They also witnessed first hand the deplorable conditions of chickens on a factory farm.

“It was worse than any of the pictures that you see on the internet,” she said.

Forever changed, she became committed to an animal-free diet and eventually enrolled in a macrobiotics cooking school in Philadelphia and became a certified nutritionist. She became versed in the relationship of food to disease and was hired as a cooking/nutrition coach for the Virginia Piper Cancer Center in Scottsdale, Ariz. 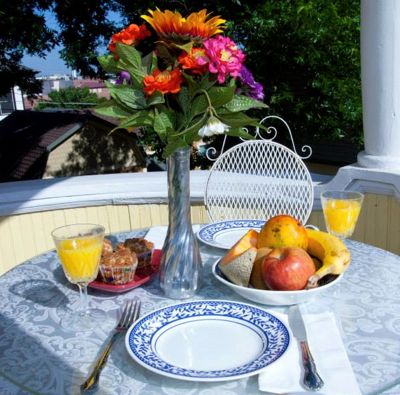 So when her husband decided he wanted to pursue his dream to open a B &B. She saw it as a perfect opportunity to open a plant-based cooking school, with an emphasis on elimating processed foods.

When they purchased the Inn, the innkeeper was skeptical about their plans to switch menus.

A veggie breakfast on the balcony.

“You’ve got to serve bacon,” they were told by her and others, including Laura’s father.

But Laura stuck to her plan to serve meatless whole-food based meals, believing it was healthier for her guests.

“I'm not a missionary and I don't want to be but I need to be true to myself,” she said.

So far, their visitors are adjusting to the menu. One meat-loving guest said, “All I ask is that you fill me up.”

Another likened it to a culinary adventure, such as eating at an ethnic restaurant. 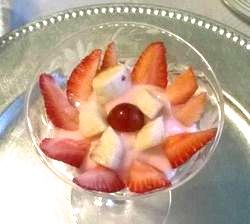 Meanwhile her cooking school launches classes in August. Next month, she’ll be sharing tips for barbecue dishes without the fat or the mayo and how to prepare greens and grains. She’s also hosting classes for kids and for parents, who want to get their kids to eat more healthy.

A growing number of Americans are  vegetarian – about 5 percent of the population according to a 2011 study commissioned by the Vegetarian Resource Group. More are vegetarian leaning. Not only is a plant-based diet gaining recognition for its health benefits, it’s also been endorsed by the United Nations as the most sustainable lifestyle choice to combat climate change.

As the Slaytons market the inn as a health conscious veg-friendly venue, they expect to draw those who are looking for what they offer. On HappyCow.net, the Hattie May is only one of two vegetarian B&Bs listed in Texas. The other one’s in Austin.

But Laura believes they may be on forefront of a global movement.

About vegetarianism she said, “I think people are more open than we think.”