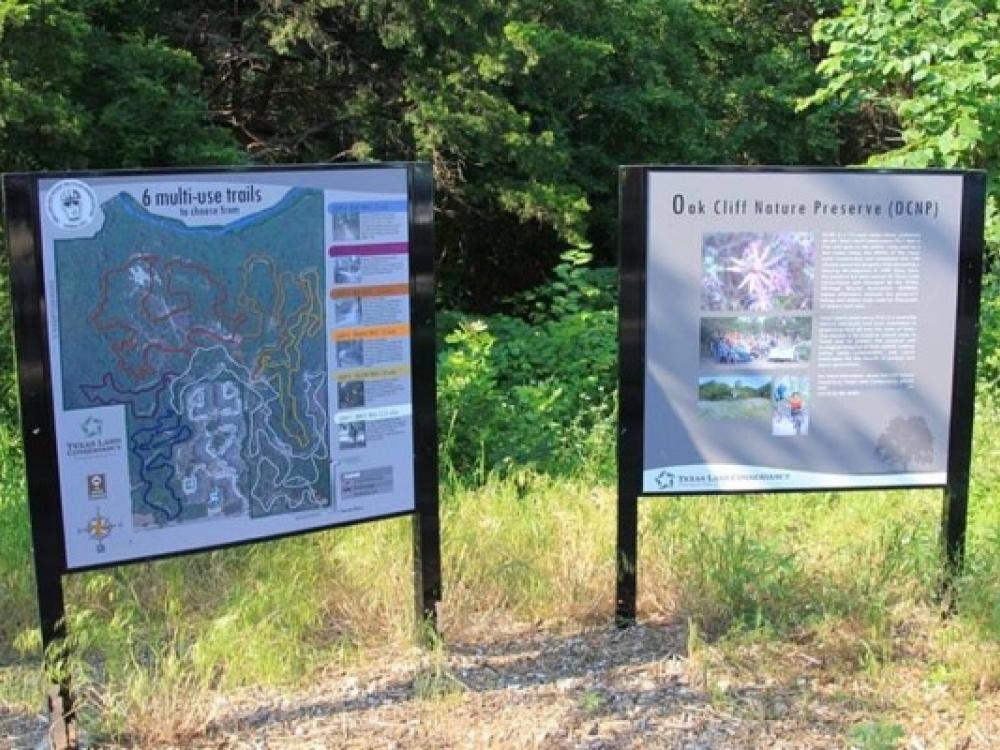 Texas Land Conservancy is launching an interactive map for the Oak Cliff Nature Preserve that can be accessed with a smart phone. Photos courtesy of TLC.

The Oak Cliff Nature Preserve is a natural space tucked into urban south Dallas and one of those places you can get lost in - literally. That’s why the Texas Land Conservancy, the Austin-based land trust that oversees the 120-acre nature preserve, created an interactive web map. Now visitors can tell if they've taken a wrong turn, by accessing the map with their smart phone.

The web map will debut on National Trails Day June 3 when TLC hosts a volunteer work day at the nature preserve. 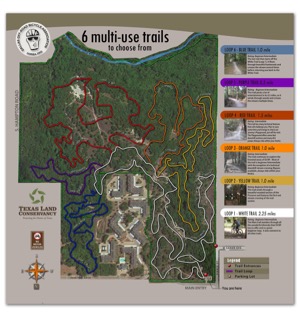 According to Stephen Ramirez, stewardship director for the Texas Land Conservancy, they regularly get calls from people inside the park, asking for directions.

“One of the big problems we have out there is people getting lost or confused,” said Ramirez, the GIS expert who created the map.

The former Boy Scout camp is located across from Kiest Park in the Oak Cliff neighborhood. It was saved by a group of neighbors when they learned it was going to be sold for development. They worked with TLC to purchase it.

It features 8 miles of trails, which wind through an overgrown savanna and woodland ecosystem and across two creeks.

Although there’s a trail map at the park entrance and trail markers along the way, the park’s six paths run tightly together in places, which leads to inadvertent trail hopping.

“It’s definitely a spaghetti bowl of trails with lots of loops and short cuts,” Ramirez said.

Starting next weekend, the new map can be accessed with a smart phone by scanning a QRC code posted on trail markers. Or hikers can type in the url. 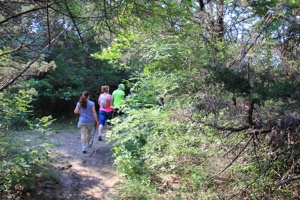 The map is one of several upgrades planned for the park to attract more visitors. While the nature preserve is regularly used by the Dallas Off-Road Bicycle Association, which maintains it, Ramirez believes the property is underused by the general public. He says folks are missing out on this hidden gem located adjacent to an industrial area.

“It’s kind of an island of nature in a vast sea of urban sprawl,” said Ramirez.

Unfortunately, from the outside it also has the appearance of being an abandoned lot, which has attracted some dumping. Next weekend TLC is enlisting volunteers to help with a deep cleaning. Ramirez said they also want to do some projects to increase the park’s “curb appeal.”

“I think it’s a tremendous resource to have that park open to the public,” said Ramirez. “If you want to escape the city life it’s a great opportunity to get out in nature.”

About: Volunteers needed to help clean and preserve trails at the 120-acre wooded wildspace.

Hosted by: The Texas Land Conservancy