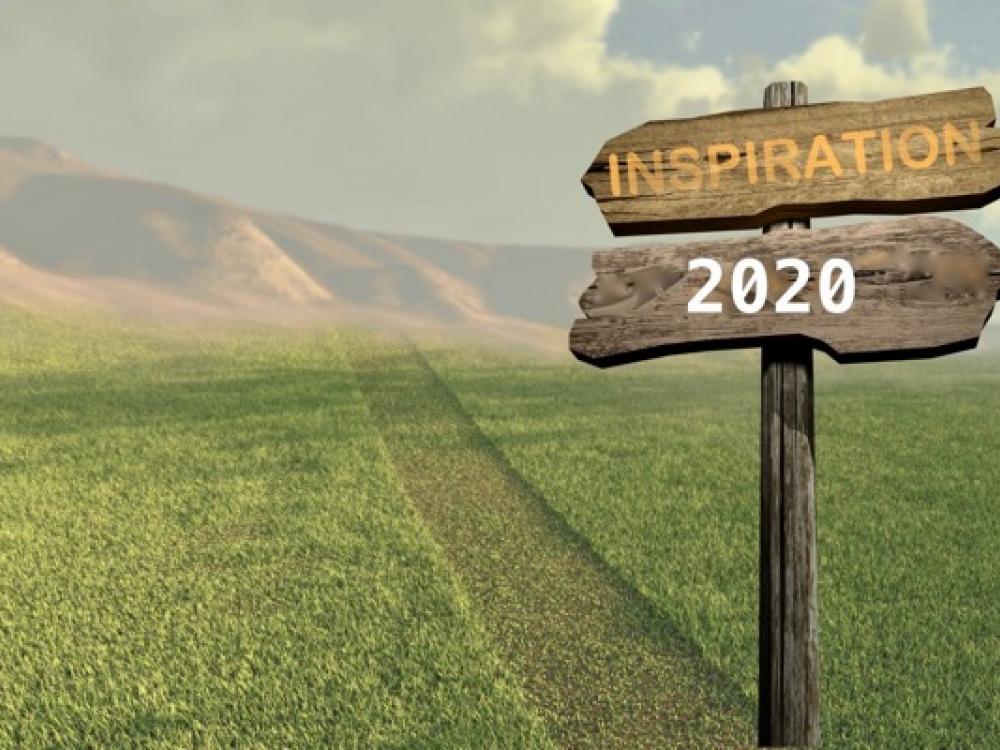 Here are some inspiring words from environmentalists’ past and present.

It's the start of a new year, a time when many of us evaluate our progress and set new goals. For greenies, that means reflecting on ways to be greener in the year ahead. As you make your to-do list, here's some inspiration and some evocative statements from some leading environmentalists past and present:

“I want you to act as if the house was on fire. Because it is.”

-Greta Thunberg, the Swedish teenager and environmental activist whose simple Friday protests have inspired the world. She was Time Magazine’s 2019 Person of the Year.

“My suggestion to save the world is to start at home and love those closest and nearest to you and teach them the value of our planet and then make the changes, small and big, to protect this place we call home.”

“Why should we tolerate a diet of weak poisons, a home in insipid surroundings, a circle of acquaintances who are not quite our enemies, the noise of motors with just enough relief to prevent insanity? Who would want to live in a world which is just not quite fatal?”

-Rachel Carson (1907-1964), author of Silent Spring and one of the first voices to draw attention to DDT and other harmful pesticides and poisons in the environment. Her work inspired President Kennedy, among others, and was instrumental in the forming of the EPA.

For strip-mined mountain's majesty above the asphalt plain.

And hides the pines with billboard signs, from sea to oily sea.” 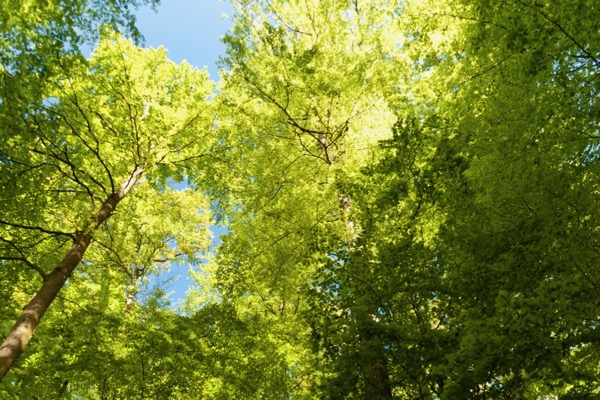 “You don't need a diploma to plant a tree.”

“Get in your kitchens, buy unprocessed foods, turn off the TV, and prepare your own foods. This is liberating.”

-Joel Salatin, third generation farmer, international lecturer and author whose books include “Everything I Want To Do Is Illegal.” Salatin operates Polyface Farm in the Shenandoah Valley of Virginia along with his wife and grown children.

-Winona LaDuke, Native American environmentalist, economist and writer. She ran for U.S. Vice President for the Green Party on a ticket led by Ralph Nader in 1996 and 2000.

“So-called ‘global warming’ is just a secret plot by wacko tree huggers to make America energy independent, clean our air and water, improve the fuel efficiency of our vehicles, kick-start 21st-century industries, and make our cities safer and more livable. Don't let them get away with it!”

-Chip Giller, founder of Grist, an online green news organization that was one of the first publications to connect environmental issues and our everyday lives. This quote was printed on a recyclable Starbucks cup. 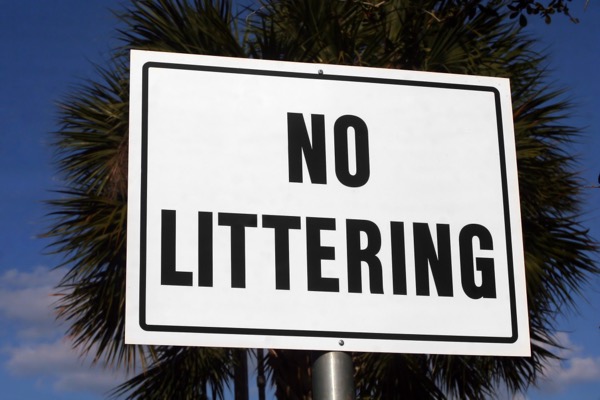 “There is no such thing as ‘away.’ When we throw anything away it must go somewhere.”

-Annie Leonard, executive director of Greenpeace USA and proponent of sustainability. She created the mind-changing film, "The Story of Stuff," a must-watch for anyone interested in minimizing waste.

“Food justice is people being treated justly by all of the venues that they interact with to obtain food.”

“What you do makes a difference, and you have to decide what kind of difference you want to make.”

-Jane Goodall, primatologist and anthropologist. She is the founder of the Jane Goodall Institute and the Roots & Shoots program for youth and has worked tirelessly on issues of conservation and animal welfare.

“Listen up, you couch potatoes: each recycled beer can saves enough electricity to run a television for three hours.”

-Denis Hayes, student co-founder of Earth Day in 1970. Environmental advocate and solar energy proponent. Current president of the Bullitt Foundation in Seattle, WA. Their headquarters is a living building and is considered to be one of the world’s greenest office buildings.

“We have to learn to cherish this earth and cherish it as something that's fragile, that’s only one, it’s all we have. We have to use our scientific knowledge to correct the dangers that have come from science and technology." 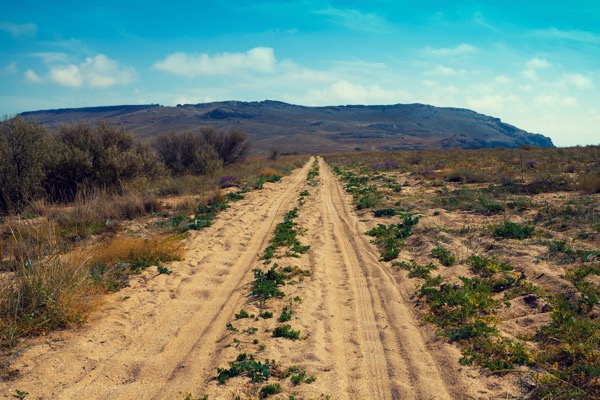 “Of all the paths you take in life, make sure a few of them are dirt.”

“Water can be a blessing or a curse. Too often we make conservation about saving a whale, a coral reef or a marsh. But we don't make it about saving life. The one thing that every single human being has in common is our need for water.”

“Our planet’s alarm is going off, and it is time to wake up and take action!”

-Leonardo DiCaprio, actor and environmentalist. Collaborator on "Before the Flood," a watershed documentary film about climate change.

“Wind and solar power, energy efficient buildings, cars that go farther on a tank of gas, and other solutions can fight climate change. I know America can get on a more sustainable path - we just have to raise our voices and demand it.”

-Frances Beinecke, former president of the Natural Resources Defense Council and advisor to President Obama concerning BP’s Deepwater Horizon Oil Spill and Offshore Drilling in 2010. She co-authored "The World We Create: A Message of Hope for a Planet in Peril" and was the recipient of the Audubon Society’s Rachel Carson Award.

“Let them know we will not allow the felling of a single tree. When their men raise their axes, we will embrace the trees to protect them.”

-Chandi Prasad Bhatt, founder of Chipko Movement in India, the original tree-huggers who advocated literally hugging trees to keep them from being cut down. Recipient of the Gandhi Peace Prize in 2013.

-Claudine Schneider, former U.S. Representative from Rhode Island. During her five terms in Congress, was known as one of the strongest environmental advocates in the House. She now lives in Colorado and works as an environmental legal consultant and is a board member of the Environmental and Energy Study Institute, a non-profit that is dedicated to promoting sustainable societies. 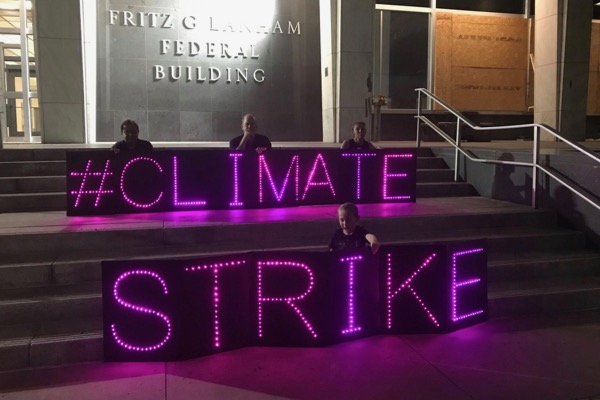 Last but not least, five suggestions from Graham Hill, founder of Treehugger.com, an online environmental magazine:

1. Sign up for renewable energy for your home. You can either get it from your utility or buy RECs from someone reputable like Terrapass. It's easy and makesa real difference.

2. If you have or need a car, get an electric one. It makes a big difference.

3. Waste less food. Amazingly this has a large effect. Get good containers, plan more carefully, give extra away and if all else fails then at least compost it.

4. Eat less or no meat. It's clear from a moral, environmental and health basis that less meat is a good thing. Need inspiration? Check out the Gamechangers doc.

5. Protest. We need big changes. They aren't going to come from a business as usual approach. We need 3.5 percent of the population protesting regularly for change to happen. Join Sunrise Movement, Extinction Rebellion or another org and get out there!