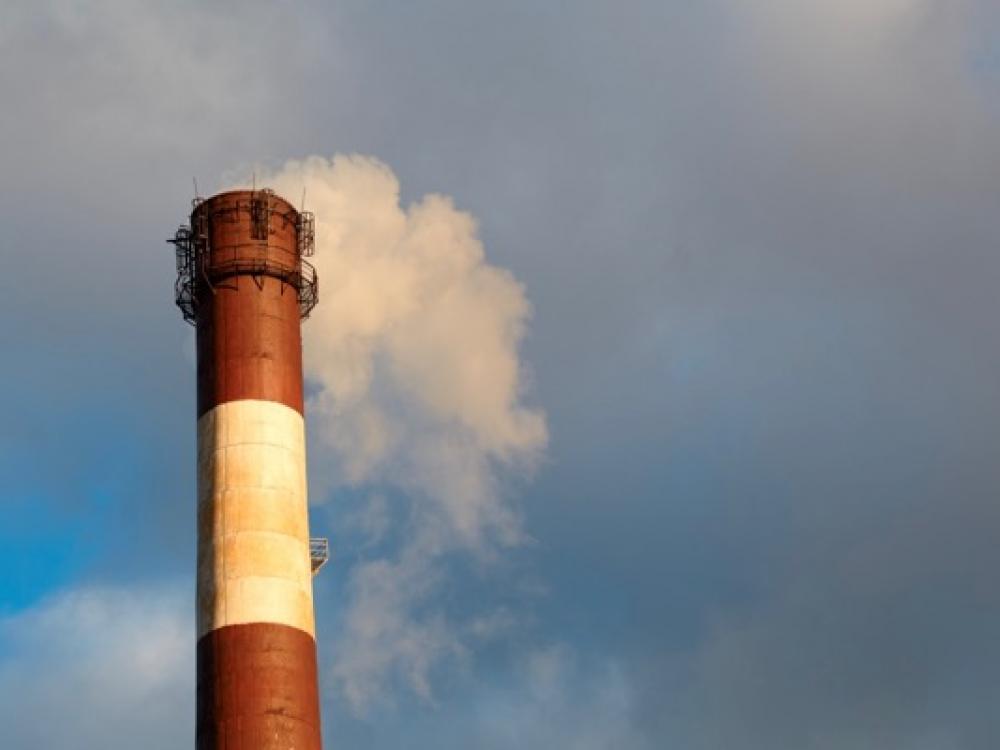 The Dallas City Council hears the case for more heavy industry in a historic community today.

Dallas-Fort Worth has poor air quality that keeps more kids off the playground and sends more respiratory patients to the hospital per capita than most U.S. urban centers, as local, federal and health association studies of recent years show. But in some neighborhoods, where heavy industry is placed out of view to most, the air is much, much worse.

That’s true of Joppa, a historic town in far southern Dallas, near Interstate 45 and Loop 12. Joppa (“Joppee” to homefolks) began as an African-American freedman’s town some 145 years ago. It covers less than half a square mile of tree-lined streets with modest homes, some of whose owners are the third generation here. Most are African-American and Hispanic. Their average income in the last U.S. Census was $15,000. Joppa is home to about 500 residents – and an Austin Bridge concrete batch plant, an asphalt recycling plant, a Tamko building products factory and a rail yard.

Now the Martin Marietta company wants to add two concrete plants. The zoning change proposed by Dallas City Planning would allow the plants to operate for 10 years and renew without challenge for another 10 years, as would the existing concrete plant.

“Why should I feel okay about your plant coming here?” a resident asked company representatives at a recent community meeting. “When we have white dust on our trees, and they are dead?”

Every dry material that goes into concrete is hazardous to inhale. Concrete batch plants make concrete by mixing water and cement with materials such as sand, aggregate (rocks and gravel), fly ash and potash. All these are sources of “particulate matter,” or PM, fine particles associated with respiratory and cardiac disease. The tiniest, called PM 2.5, measure 2.5 micrometers. That’s 2.5 millionths of a meter. It’s small enough to pass through cell walls into the bloodstream and then into our organs and body tissues. There, PM 2.5 particles are associated with more than a dozen diseases and disorders of the heart, lungs, brain, reproductive, hormonal and nervous systems.

“Why should I feel okay about your plant coming here?” a resident asked company representatives at a recent community meeting. “When we have white dust on our trees, and they are dead?” - Joppa resident 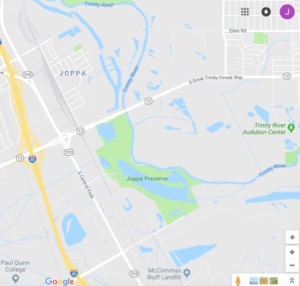 “I moved here with my two kids 11 years ago,” said Temeckia Derrough, president of the Joppa Freedman’s Town Association. “My son could not go to the park…his eyes swell shut, he can’t breathe, his vocal cords shut down. The doctor said, ‘He has to live indoors.’” When Derrough moved there she had no allergies.  “I was a healthy child, a healthy young woman,” said Derrough, now 39. “Now I have to take an allergy prescription every night at bedtime.”

Her neighbors have the same issues.

About 200 residents signed petitions circulated by Derrough’s organization and by teams led by the district’s city councilmember, Kevin Felder, she stated. They’re opposed to the zoning change.

Martin Marietta’s emissions analysis addresses five routes whereby pollutants could potentially escape from the plant. It details state-of-the-art control mechanisms that would keep those emissions within EPA limits. It predicts that the plants would reach only half of EPA’s maximum permitted emissions “at normal annual production rates.”

Questions remain. What about higher than normal production rates? As for EPA’s permitted emissions levels, a 20-year Harvard study of 60,000 people exposed to PM was released last year that discredited EPA permitted levels. It concluded there's "no safe level" of the smallest microscopic dust and ash these operations kick out.

Joppa’s air quality is already worse in four major pollutant categories than communities in most of the U. S., Rita Beving of consumer advocacy group Public Citizen shared from her written statement to City Council. In air quality screening reported by the Environmental Protection Agency this month, Joppa ranked from the 77th to 84th percentile among U.S. communities for those pollutant types. (A familiar example of percentile ranking is students’ ranking on SAT college admission tests.) This means that Joppa’s air has worse levels of various health-threatening pollutants than all but about 20 percent of the entire country.

Current, on-the-ground air quality results from handheld monitors are expected to be reported at the hearing. Air sampling was organized by Downwinders at Risk, a Dallas clean air advocacy group.

The presentation by Martin Marietta’s consulting city planner, Dallas Cothrum, presents contradictions. It shows three batch plants, not two. It states that 3,5 million tons of aggregate would be railed in to Joppa annually. That’s 30,000 railcar loads. It’s three times the aggregate required for the estimated concrete production that Martin Marietta states. Richard Guldi, a retired PhD materials scientist and Dallas Sierra Club co-chair, obtained clarification that two-thirds of the aggregate would not be processed into concrete there, but trucked elsewhere. Lastly, concrete produced in Joppa would be trucked to development projects “in the area.” The area is all over southern Dallas. Cothrum’s presentation stated that could amount to 135,000 truck loads with 42,000 tons of emissions.

“Why?” Guldi questioned. “Why, when the Union Pacific line that passes through Joppa goes down IH 45 to a railyard next to the Inland Port?” a massive shipping terminal. That railyard is not inside a residential community. Thousands of acres of undeveloped land lie across southern Dallas County, presumably some suitable for concrete plants. Why Joppa?

The questions multiply. As many as 22 speakers from eight organizations and Joppa will be at the hearing to raise them.

“I listened to Martin Marietta company representatives at the community meeting,” said Chris Guldi, conservation co-chair for Dallas Sierra Club. “It sounds as if they intend to operate responsibly and would run batch plants that are cleaner than most. But why put those in a community that already is overwhelmed? It may be in the company’s financial interest, but the city of Dallas should be responsive to its residents’ health and safety.”

“Making concrete is a dirty business,” said Beving. “There’s dust pollution, diesel emissions from trucks that may run 24/7. People all around Dallas will learn how one of the oldest communities in Dallas, a historical black community, is being dumped on. We shouldn’t treat communities like Joppa, because they are polluted, as if it’s okay to keep dumping on them. It shouldn’t happen.”

"People all around Dallas will learn how one of the oldest communities in Dallas, a historical black community, is being dumped on. We shouldn’t treat communities like Joppa, because they are polluted, as if it’s okay to keep dumping on them. It shouldn’t happen.”  - Rita Beving, Public Citizen

The public council hearing at Dallas City Hall begins no earlier than 1 p.m. Interested residents who can’t attend can listen on WRR-FM 101.1 or watch the city’s livestream for a crowded debate that is life-and-death, and money, for those involved.

About: A public hearing is being held regarding a SUP for zoning changes that would allow an additional batch plant and asphalt plant to be located in Joppa - an area landlocked by industry with the Trinity on its other boundary. Dallas Sierra Club and Public Citizen are asking people to attend the hearing to help residents pushback against more pollution in this historic African-American neighborhoodl

Broadcast: Listen on WRR-FM 101.1 or watch the city’s livestream.