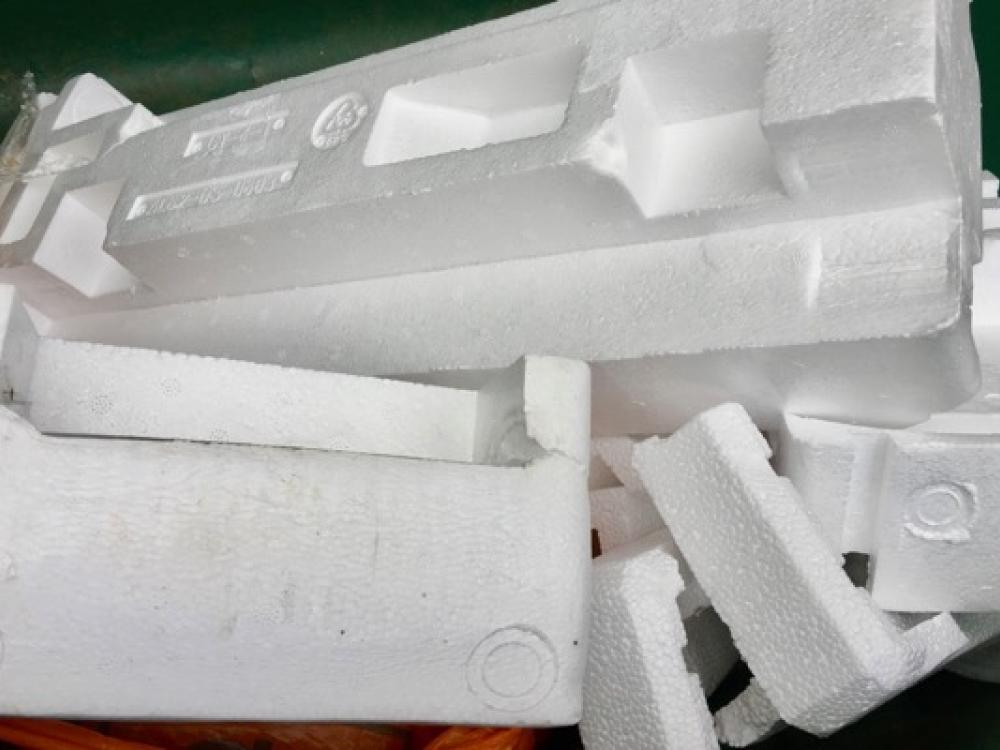 The grassroots recycling drop-off in Lucas accepts #6 styrofoam items on the first Saturday of the month. Photo by Julie Thibodeaux.

With a population of 7,493, Lucas is small compared to nearby urban hubs like Plano and Dallas. But when it comes to recycling, Lucas is taking some big steps. Thanks to some dedicated volunteers, Lucas is one of the first North Texas cities to have its own styrofoam recycling drop-off.

That's a 180-turn from last year, when the city of Lucas announced it was going to end curbside recycling.

“The idea of not having a recycling program so frustrated me that I didn’t see any other option than to act. I couldn’t have lived with myself if I did not try. I knew I may not win, but I had to try,” Howard told Green Source DFW, earlier this year.

But Howard wasn't satisfied to stop there. In May 2018, Howard and volunteers decided to tackle one of the most problematic items to recycle - styrofoam.

Styrofoam is a trademark name commonly used to describe a kind of expanded polystyrene. The synthetic material doesn’t biodegrade and takes hundreds of years to breakdown. However, because recycling styrofoam is cost prohibitive for most cities, they typically don’t accept it in bins.

But today, Lucas residents and anyone else who wants to make the drive, can drop off #6 styrofoam items such as clean egg cartons, meat trays, fast food clamshell containers, cups, packing material and bowls at Starbucks, 2680 Lucas Road in Lucas, the first Saturday of every month from 1 p.m. to 3 p.m.

Hildenbrand began a styrofoam recycling program in his church years ago, taking the collection to Waxahachie to the Dart Container Company to be recycled. Howard shared with Hildenbrand that Frisco’s program was much closer, and they joined forces to do a Lucas drop off event in addition to picking up items from his church.

“Since starting our program, we have seen participation grow with each event,” Howard said. “I appreciate that people not only bring their own styrofoam, but ask friends who also attend. It’s also heartening that we recognize the same faces month after month. People are really committed to not putting styrofoam items in a landfill.”

Because weight and actual number of styrofoam items vary, it’s difficult to gauge weight, but the October collection filled a four-by-four-by-eight-foot trailer, SUV and part of a van in 30 minutes and was taken to the Frisco Environmental Center for bailing. Howards gives credit to the city of Frisco for the program’s success.

“The only reason we’re able to offer this program at all is because of the Frisco Environmental Collection Center,” she said. “Because of Frisco’s environmental foresight and generous recycling open door policy, our program exists.”

Frisco is the the first city in North Texas to buy a styrofoam bailing machine, which is needed to compact the material for transportation. In 2006, Frisco City environmental education coordinator Julianah Marie, with a grant from the North Central Texas Council of Governments, purchased the first styrofoam baler for about $40,000 and because of its success, a new bailer was purchased last August. Fort Worth is following suit.

One bale weighs about 40 pounds, and when a horse trailer load of styrofoam material is processed, about three bales are produced. Frisco sells the bales for about 22 cents per pound for reuse, not a money-making proposition.

Howard says other communities who wish to start a styrofoam recycling program will find that the process is not difficult. She says that a good way to spark interest is to advertise on neighborhood social media (Facebook, Nextdoor, HOA websites) or take out a small ad in your local newsletter.

“Most importantly, someone needs to commit to being there rain or shine on the designated collection day and be a consistent collector.”

Where: Starbucks, 2680 Lucas Road in Lucas