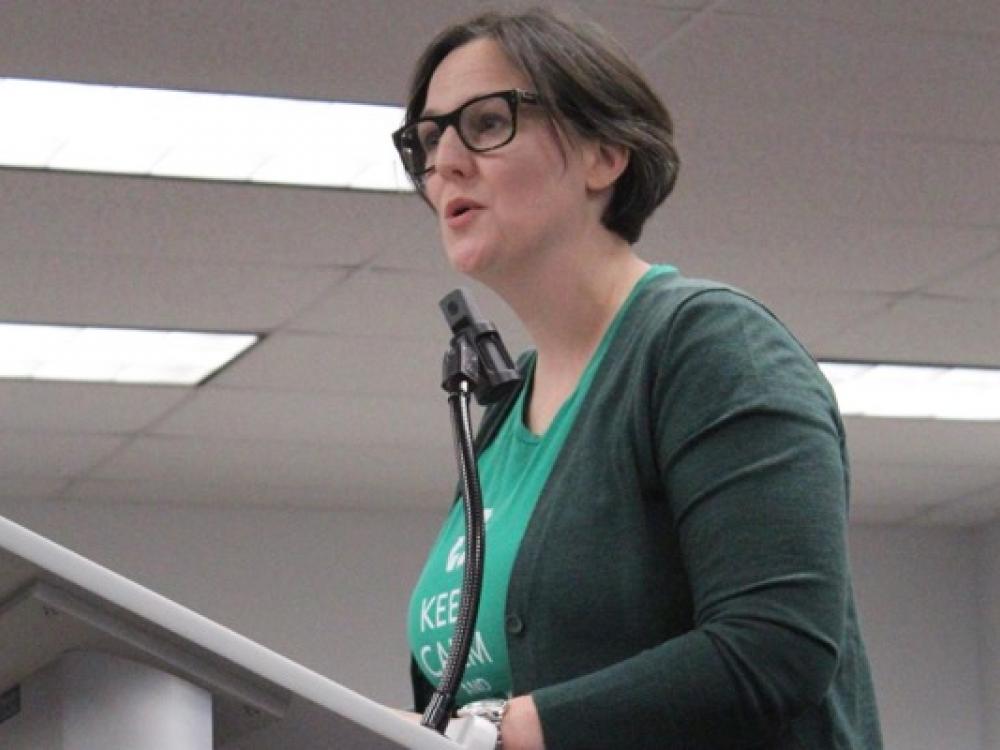 Lucas resident Victoria Howard and her group Save Lucas Recycling led a campaign that resulted in bringing back curbside recycling at last week's city council meeting.

Curbside recycling is returning to Lucas, thanks to a grassroots campaign led by an environmentally conscious resident.

Last April, Lucas resident Victoria Howard was shocked to read in the Lucas newsletter that the city would end curbside recycling in the fall. Not wanting to see the community take a step backward, soon Howard was leading a grassroots campaign to reverse the decision with help from two Dallas-based environmental groups.

“The idea of not having a recycling program so frustrated me that I didn’t see any other option than to act,” said Howard. “I couldn’t have lived with myself if I did not try. I knew I may not win, but I had to try.”

As a result of a months-long campaign, last Thursday, the Lucas City Council authorized City Manager Joni Clark to negotiate an agreement with Republic Services for a subscription-based solution for curbside recycling, allowing recycling pick up twice per month.

But Howard and her group Save Lucas Recycling say that’s not enough. Howard says that while the council responded with unanimous voting to reinstate a one-year contract subscription recycling program for residents who opt in, it is her goal to have city-wide recycling for the Collin County community of 6,500.

“We would also like to see curbside brush composting, Styrofoam recycling and perhaps even a soft textile recycling program brought to Lucas,” Howard says.

With cities across DFW expanding their recycling programs, Lucas should be doing more, not less, to divert waste from landfills, she said.

“It is really unacceptable to me that in 2017 and 2018 the legitimacy and necessity of curbside recycling would be called into question,” said Howard.

At the first council meeting she attended last spring, Howard’s impression was that very few council members were taking her argument seriously. So she started a petition. Her intent was to change council members’ perception and convince them how serious and necessary curbside recycling is in keeping local bulging landfills from overflowing as Lucas’ population grows.

Many volunteers joined her to help canvas door-to-door. The campaign also got a boost from Corey Troiani, DFW program director for Texas Campaign for the Environment; Jared King, president of the Lovejoy High School Environmental Club; and Dick Guldi, Dallas Sierra Club.

Guildi says that Howard’s hard work in enlisting others resulted in a successful resolution.

“She worked all day every day until midnight, and I think the canvassing reached every home in Lucas,” said Guldi. “Hundreds of emails were forwarded to city council members, and 78 people were in the audience at the January 2018 council meeting.”

Guldi also shares that in his opinion Lucas City Council members are genuinely concerned about the environment and while they have good ideas, those ideas need to be better communicated, which is sometimes a difficult task.

“Lucas residents got the impression that council either wasn’t going to resume recycling or couldn’t make a decision as to how to do it and didn’t have a sense of urgency.”

Howard, whose Mom was a recycler, has lived in Lucas most of her life, remembering gravel roads and men who tipped their cowboy hats. She loves Lucas and the people of Lucas and says she couldn’t have led the successful campaign without them.

“To the countless people who helped with Save Lucas Recycling, I say there are no words to adequately express how much I admire you. You have my truest thanks.”