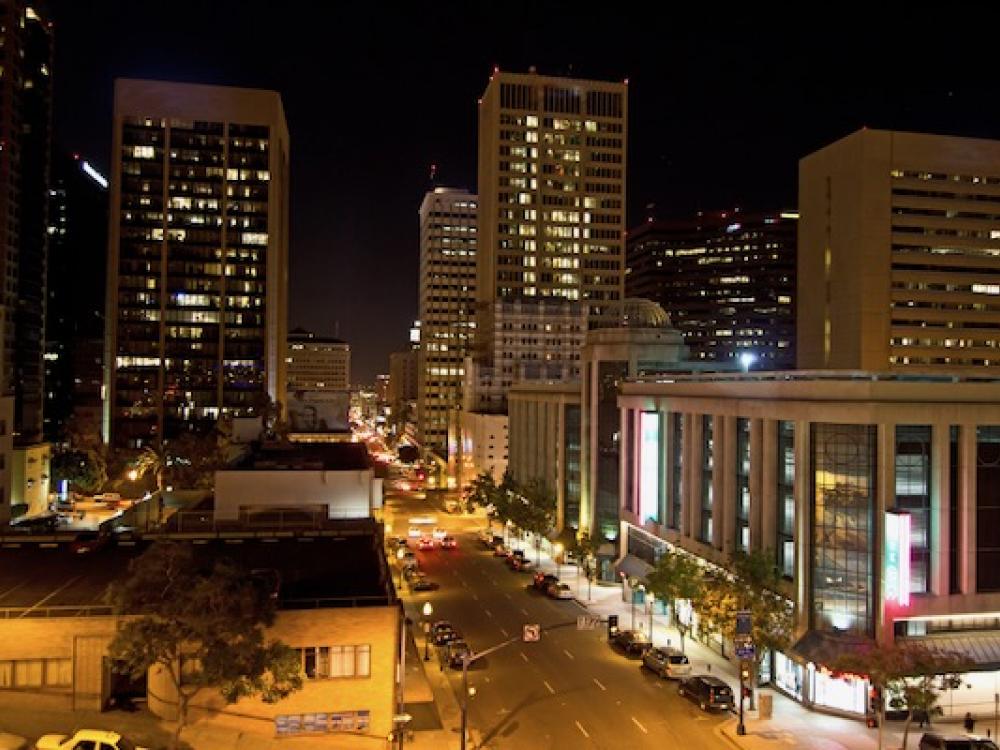 The campaign encourages homeowners and businesses to turn off ights Sept. 5-Oct. 29 during the peak of the fall bird migration. Photo courtesy of Storyblocks.

Most people enjoy the Dallas skyline at night but the bright lights of the big city are a threat to birds, say conservationists.

Each spring and fall, billions of birds migrate through the U.S., mostly under the cover of darkness, according to the Cornell Lab of Ornithology.

Texas is right in the middle of that superhighway. One of every three birds migrating through the U.S. passes through the Lone Star State on their way to their winter homes in South Texas and Central and South America.

That adds up to about a billion birds traveling through Texas annually.

In addition, more kinds of birds have been found in Texas than any other state: just over 600 species, according to Texas Parks and Wildlife Department.

Watch a video courtesy of the Cornell Lab of Ornithology.

An increasing threat is light pollution.

Light attracts and disorients these migrating birds, confusing and exhausting them as well as making them vulnerable to collisions with building, says Cornell.

Because of its location at the center of the North American Central Flyway combined with its lit-up urban sprawl, Dallas is among the top three most dangerous cities for migrating birds in the U.S., along with Houston and Chicago.

Dallas is among the top three most dangerous cities for migrating birds in the U.S., along with Houston and Chicago.

That’s why Texas nonprofits, including the Dallas-based Texas Conservation Alliance, are partnering with Cornell to promote the Lights Out Texas program.

Lights Out Texas asks homeowners, businesses and managers of tall buildings to eliminate or reduce lighting between 11 p.m. and 6 a.m., Sept. 5 to Oct. 29, during the peak of the fall migration.

“Birds are doing the most extraordinary thing. Some of them fly thousands of miles on migration twice a year,” said Ben Jones, executive director of Texas Conservation Alliance. “They are overcoming obstacle after obstacle. This is a simple thing we can do to help them survive.”

Ken Rosenberg, a conservation scientist with the Cornell Lab of Ornithology, is the lead author on a study published in Science in 2019 that says North America’s bird population has declined by 3 billion birds since the 1970s.

While habitat loss is by far the number one cause of bird mortality, nationwide each year, studies estimate 365 to 988 million birds are killed when they collide with buildings. 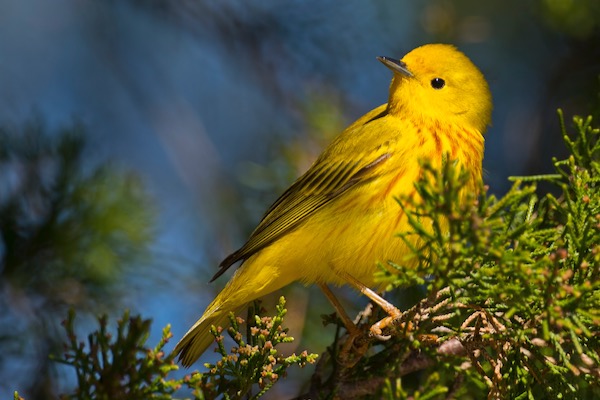 According to Texas Parks and Wildlife Department, more kinds of birds have been found in Texas than any other state in the United States: just over 600 species. Pictured a yellow warbler. Courtesy of Cornell Lab of Ornithology.

"A lot of those birds die smashing into Texas buildings, disoriented by residential and commercial lighting," says Jones. "The birds die stressed and confused, and for nothing - which any Texan would tell you 'just ain’t right.'"

Jones said he’s leading an effort to get downtown businesses and residents to participate in the program.

“Our organization is all about protecting wildlife and their habitats. And it might seem weird, but light pollution is a form of habitat degradation. So to dim or turn out our lights during this period is a form of restoring bird habitat in a way.”

So far Lights Out Texas has the support from the Perot Museum and the Dallas Zoo as well as Houston Audubon and the Houston Zoo. Former First Lady Laura Bush, founder of Texan By Nature, has also been promoting the program.

The campaign asks that people turn off both their exterior lights and any interior ones that can be seen from outside. In some cases, drawing blinds would do the trick.

Jones said he understands that light is perceived to be a deterrent against crime. However, according to the International Dark-Sky Association, there has been research to indicate it may be less of a deterrent that was previously believed.

“Everybody has to use their best judgment and just reduce or minimize lighting where you can and where you feel like it's safe to help,” said Jones.

He believes that with education, Texans can have a significant impact in reducing bird mortality.

“Conservation actions can be onerous or take a lot of work, like restoring a prairie or forests,” said Jones. “This is something that is relatively easy to do that can make a difference.”

About: The campaign encourages homeowners, businesses and managers of tall buildings to eliminate or reduce lighting between 11 p.m. and 6 a.m.

BirdCast: Sign up to get alerts about current bird migrations