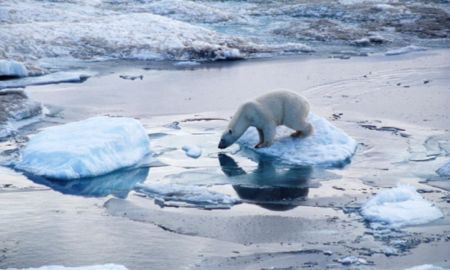 With the cold weather that the North Texas has experienced lately, many people may question Al Gore’s preaching on climate change. Is climate change real or not?

To counter the lingering doubt, Interfaith Power & Light, a nonprofit religious organization, is organizing a national preach-in on climate change on Valentine’s weekend, Feb. 14-16. They hope to apprise the public of the seriousness of global warming and what we can do to prevent it.

“The proof is in the pudding,” says Stephen Fuqua, co-chair of Dallas Interfaith Power & Light, a local chapter of the organization. “The scientific community has a broad consensus that climate change is a reality. This consensus is best represented by the International Panel on Climate Change reports to the United Nations."

Fuqua says most of the skepticism in the media and a small number of scientists is driven by the confusion between weather and climate.

“Weather is short term and climate is long term. Many skeptics look at the short term aspect.”

During the preach-in, congregations across the country are encouraged to distribute educational material, host film screenings and incorporate climate change into sermons. As part of the event, Fuqua will present “Moral Imperatives for Climate Action from a Baha’i Perspective” at the Baha’i Center of Irving on Feb. 14 in at 7 p.m.

Nationally, Interfaith Power & Light reaches 14,000 congregations in 39 states. Formed in 1998 as a small coalition, its mission is to respond to global warming through the promotion of energy conservation, energy efficiency and renewable energy.

The Dallas Interfaith Power & Light, formed in 2012, represents the Christian, Jewish, Jain and Baha’i faiths. Its mission is to promote love, justice, and care for creation through local action, education, and dialogue about climate stewardship.

“We believe in listening to and welcoming the voices of all who seek ‘love thy neighbor’ and social justice as we work for change in how we use our natural resources,” comments Fuqua. “We hope for positive interactions and a bright future for those living today and generations to come, while bringing greater strength to our efforts, enhancing, rather than weakening our personal faith.” 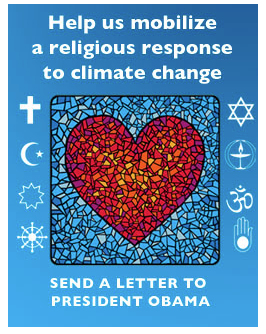 Meanwhile, across the Metroplex, the Fort Worth Interfaith Power & Light was also launched in 2012 with a mission to work toward shared environmental concerns.

Melissa Ashmore with Fort Worth Interfaith Power & Light, says that most every issue their organization focuses on is tied to global warming, specifically such issues as water conservation and air quality.

While the number of churches participating in preach-ins in Tarrant County is not known, on Sunday, Feb. 16, First Jefferson Unitarian Universalist Church in Fort Worth is a hosting “Valentine Card” writing session. The goal is to encourage senators to do their part in supporting President Obama’s efforts to reduce green house gases by cutting down on emissions from power plants, thus reducing the dangers of climate change.

Ashmore says each participating organization ties climate change to their faith in different ways. The religions have a strong responsibility toward caring for creation and one another.

“Our faith just doesn’t call us to provide charity to individuals. It calls us to protect people from harm,” Ashmore says. “My particular faith position is that the call of Jesus is to do more than just give money; it’s to sustain people.”

“We need to care for creation and protect people. Environment is heart and soul to us.”

See a list of other Interfaith Power & Light preach-in events.

Is your congregation participating in the preach-in? Let us know, email [email protected].