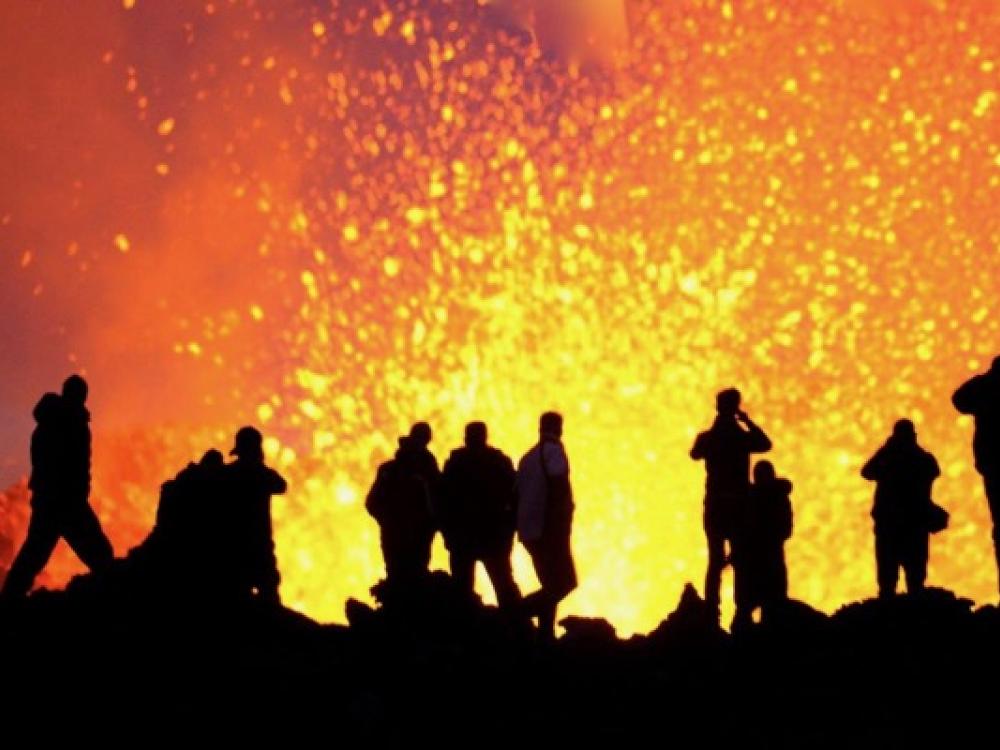 Maybe you were a lucky moviegoer who got to attend the opening films of EarthxFilm at Dallas Angelika last Friday. There wasn’t an empty seat.

If not, you’re in luck anyway: variously mind-expanding, heart-rending and hilarious, the two films The Human Element and Ditch the Van will run again April 20, along with more than 30 films still to screen this week at EarthxFilm. 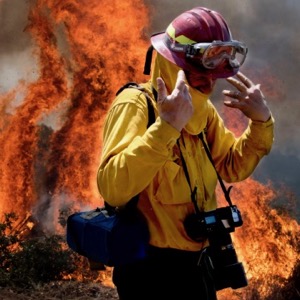 The film fest kicked off Friday with The Human Element, a heart-stopping film by award-winning filmmaker and National Geographic photographer James Balog. He’s known for Chasing Ice, an Emmy award-winning chronicle of journeys to glaciers around the world, as they melt away from climate change.

The Human Element continues Balog’s gripping mix of dramatic scenes of climatic transformation in the wild and in communities, with hard science and human stories. The film is structured around the theme of the four elements, earth, air, fire and water, plus a fifth:  the human element. Balog described this as the one element that is altering all the others.

In “Water,” the film crew visited families in Florida whose homes were drowned by the creek that’s their beloved recreation place, when a hurricane hit.

You see a tiny coastal Virginia town whose homes sit only a foot or two above normal high tide. But there is no normal, now. Gravestones are heaved out of the earth, as the ocean overwhelms the island’s sandbars and eats away at the peat that underlies the island. This episode reveals the scope of shore loss and the incomprehensible cost of mitigation in large cities with funds to address it, such as Miami and New York City – as well as the physical and human cost to small communities that lack the means to quell ocean rise or even to relocate.

In the "Air" segment, Balog’s team sends a camera attached to a balloon up to the limits of earth’s atmosphere, for breathtaking footage and a startling sense of the thin, thin layer of gases between us and outer space.

An Hispanic community is revealed, living in thick smog under the shadow of a Southern California freeway. In one family, every member is forced to begin asthma medication not long after arrival, and their school nurse maintains medication kits for a large number of the students.

“Half of Americans live in unhealthy air,” an educator tells Balog. “There are 200,000 premature deaths a year in the U. S.”

In “Fire,” the director dons firefighting garb and captures horrific images of 100-foot flames galloping through southern California hills as the firefighters of CalFire struggle to repel a conflagration they have no means of putting out.

“Fire season is all the time now,” says a dispirited, smudge-faced young firefighter.

Wildfires as large as 100,000 square miles unroll across a fire map.

Hope was offered in some film episodes, as well as by Balog’s comments after the screening.

In the “Earth” segment, a former coal executive launches an energy business based on 100- megawatt solar installations on reclaimed mining sites, atop the hulks of mountains decapitated by mountaintop removal.

“Coal is not coming back,” he says.

A community that once would have scoffed at solar energy welcomes it as a new opportunity in their jobless local economy.

“We the people have an inalienable right to clean air, clean water and a stable climate,” proclaimed the director afterward in a dialogue with the audience. “People are the only element that can choose to restore balance… It is not just up to governmental entities. We’re in some kind of dialogue with nature, and we’re slowly waking up to that.”

“It has been too easy to pretend you’re standing outside and pointing a finger” at others, he said. “We are in and of nature and the processes that are altering nature… Even though enormous forces are against us…I have hope because we have hope and tools that can bring us out of the dilemma that we are in.” 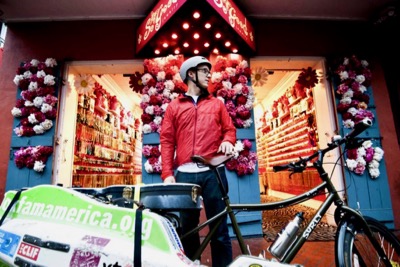 The short film is a true tale of a cellist and his band who jettisoned their van in favor of bicycling from gig to gig across the U.S.

“It’s easy to get into the superhuman rhythm of airlines and freeways,” musician Ben Sollee narrates the film’s opening. “I was about to burn out.”

Instead, the band of players embarked on a 330-mile trip from Manchester, Kentucky, to the Bonaroo music festival in Tennessee. They performed there, and kept trekking by bike off-and-on for five years of touring, racking up 5,000 miles before it was over.

Sollee’s original songs, vocals and playing enlivened the film and a short post-film performance. He described a new experience of life, from rediscovering the human pace of traveling by your own steam and being present to your companions and what’s around you.

Contact: Earth Vision Institute to inquire if your organization qualifies for complimentary screenings.

Where: • At EarthxFilm, April 20, noon. The 10-minute short film can be seen at the Film Box theater in the Women's Museum, Fair Park, Dallas. Details here.

• Online: The film is also posted in chapters on Ben Sollee's website.

The music of Ben Sollee and Kentucky Native is available on Spotify, Pandora, YouTube and others.