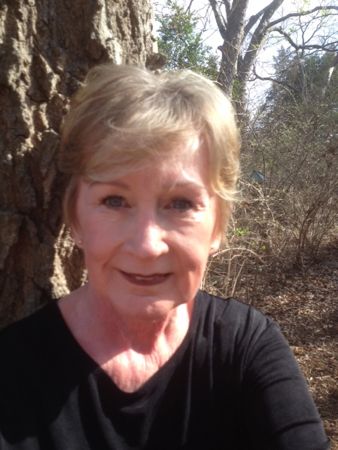 DFW greenies looking for inspiration can find it in Margie Jackson Haley. From fighting coal plants to raising backyard chickens, the Dallas philanthropist and activist has done it all.

In honor of her longtime dedication, Haley will receive the Lifetime Achievement Award at this year’s Green Source DFW Sustainable Leadership Awards.

Margie Haley at her home on White Rock Lake in Dallas. Courtesy of the Haleys.

Wendel Withrow, president of the Dallas Sierra Club, noted that Haley has been a champion of local environmental causes for more than two decades.

“She has put her time, money and expertise into making sure the good fights could be fought and won. Before the green movement was as popular as it is now, Margie was always there to help.”

Haley begin her journey of sustainability 25 years ago.

“I’d always been close to nature,” said Haley. “My father was an outdoorsman. He had a great respect for nature.”

When she started hearing about the ozone hole, global warming and the population explosion, the issues gnawed at her.

In 1990, she attended a four-day environmental conference in Dallas that opened her eyes.

“After that I joined a bunch of clubs,” said Haley. “I thought I could insert the environmental issue into their issue.”

One of her first attempts to spread the green gospel was to organize public “shopping tours” with two members from the Coalition for The Earth's Environment of Dallas. Long before green products were readily available, they led groups down the aisles of the local supermarket, pointing out which products were less hazardous for the environment both in their content and packaging.

Another of her early causes was recycling. She hosted a paper rescue program out of her garage. There she piled good office paper that companies no longer needed that was headed for the landfill and distributed it to anyone who could use it.

“We did that for about three years till my husband had enough of that,” joked Haley.

In addition to manning tables for CEED at the Dallas Home and Garden show, she also joined others to petition the Dallas City Council to start a curbside recycling program.

"That was a slow process," said Haley, who admitted their first efforts met roadblocks.

In 1998, after Al Gore, co-chair of the President's Council on Sustainability, urged cities across the United States to host sustainability summits, she worked with local green business leaders, including Tom Kemper, CEO of Dolphin Blue, and Gary Olp, principle of GGO Architects, and the regional Environmental Protection Agency to launch a conference in Dallas. They created an organization called Sustainable Dallas and went on to host a Sustainability Summit annually until 2005. Attendance peaked at around 350.

Olp said she has been a supporter of environmental issues as long as he’s known her.

“She and I have worked together as colleagues, co-conspirators and co-chairs to change the paradigm of the Dallas business culture,” said Olp. “Her efforts have put issues such as social justice and environmentally effective policies into the public eye.”

In addition to affecting the business sector, in 2007, when TXU announced plan to build 11 coal-fired power plants, Haley, whose husband and three brothers-in-law are all doctors, drew on her connections to spur action. Through her urging, local doctors, including her brother-in-law Dr. Robert Haley, a former president of the Dallas County Medical Society, decreed the plants as a health hazard.

"[Robert] said it really needed to come from the Texas Medical Association in Austin. He took it down there and got a resolution passed against coal-fired plants."

Eventually, thanks to the pushback of environmental groups, those 11 proposed plants were reduced to three.

Over the years, Haley and husband Dr. John Haley have made fighting pollution and climate change a priority. In addition to donating to nonprofits, they’ve funded sustainable education by sending local leaders to conferences and bringing speakers to Dallas. 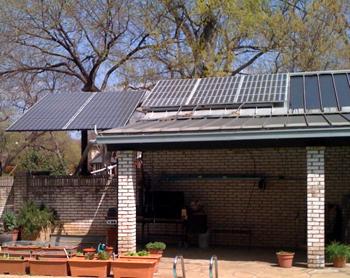 In recent years, Margie has turned her own home into a model of sustainability. Along side her organic vegetable and herb gardens, she keeps chickens and bees and houses an aquaponics system at their home on White Rock Lake. They've added solar panels, a 12,000-gallon rainwater collection system. and replaced turf with native plants. Salt has replaced chlorine in their pool. The Haleys have also radically reduced their energy consumption by sectioning off their air conditioning and heating system so that only rooms in use are heated or cooled. 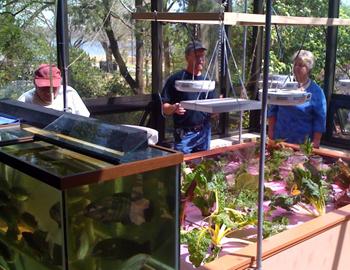 Above, Solar panels at the Haley's home. Left, Visitors peruse the Haley's aquaponics system during a recent home tour.

“Most of our bills are about a fourth of what our neighbors' are,” said Haley, who hosted a tour of their residence in 2011.

Kemper said she’s been a role model for himself and many others.

“Margie walks her talk, always prepared to give beyond just her time, solidifying her place in the Dallas environmental community as one of its greatest foot soldiers and philanthropists,” said Kemper. “If not for Margie's influence on me, I would not have engaged in the endeavors in which I've been involved in Dallas, nor, would I have made my mark in Dallas' continuing march toward sustainability.”

Haley said she’s witnessed the environmental community grow over the years and says she couldn’t have accomplished what she has without the help of many others. She said changing culture takes time and it's a relay.

“Hopefully all of us pulling together we can make some difference.”