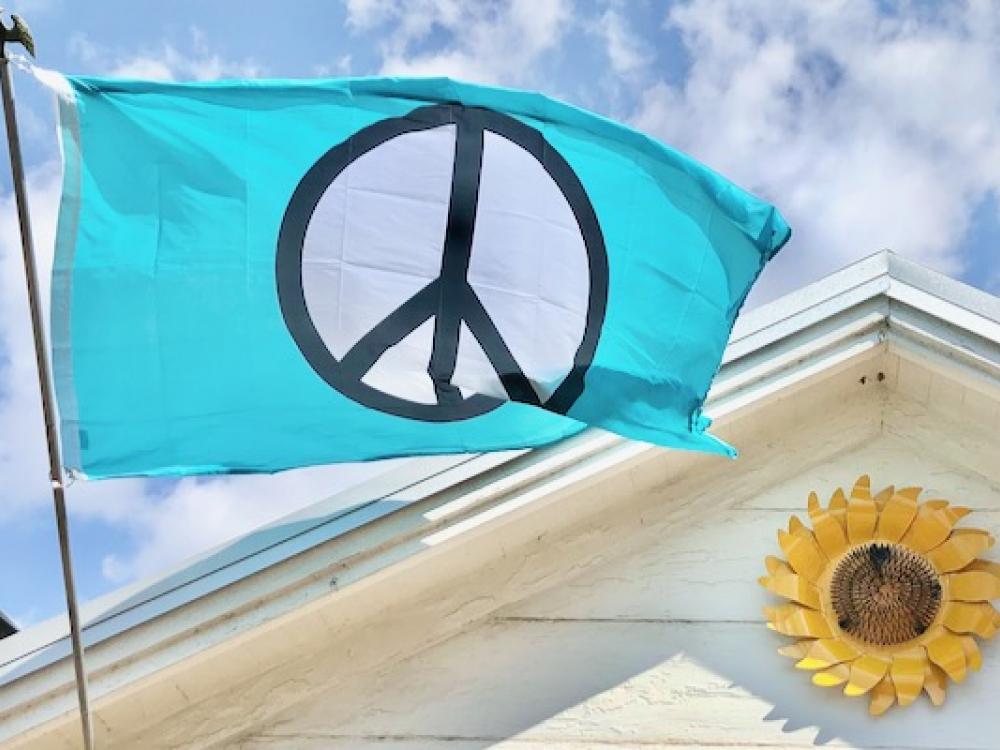 More than 1,000 people and organizations from 79 countries released an open letter through the Environmental Peacebuilding Association. Photo by Julie Thibodeaux.

The Russian Federation's invasion of Ukraine has sparked worldwide outrage at the devastation of the Ukraine people, their cities and their land.

On March 3, a coalition addressed the environmental dimensions of the Russian invasion with the release of an open letter through the Environmental Peacebuilding Association. The letter, signed by more than 1,000 people and organizations from 79 countries, expressed concerns over the environmental impact of the unprovoked war and its longterm effects on the country’s inhabitants.

“As citizens and professionals who have dedicated our lives and our careers working to build peace around the world, we are deeply aware of the profound linkages between conflict and the environment, the vital importance of a healthy environment to post-conflict peace and stability, and accordingly, the fundamental importance of addressing the environmental dimensions of war,” states the letter.

“Russia’s military operations in a heavily industrialized, densely populated nation containing numerous refineries, chemical plants, and metallurgical facilities further compounds the threat of these hostilities for Ukraine’s people and their environment, both now and for years to come.”

The Business Insider reported, even before this conflict, the country ranked low on environmental indicators like air quality, biodiversity production, and ecosystem health, according to the Environmental Performance Index. The region of the Donbas in eastern Ukraine has long been considered one of the country's most polluted areas because of its coal mining, metallurgy, and chemical-manufacturing facilities.

Read the full letter here and view the signers. For those who would like to add their name, the letter remains open.

In addition, the Environmental Defense Fund released a statement on Thursday regarding the humanitarian crisis in Ukraine, focusing on the dangers of fossil fuel dependence.

THE GEOGRAPHY OF UKRAINE

While much of Ukraine’s original plant cover has been cleared for cultivation, three main zones of natural vegetation are still evident, according to Brittanica. From north to south, they are the Polissya (woodland and marsh), the forest-steppe, and the steppe.

According to Ukraine.com, the country has a number of national parks and preserves. Also see the National Parks of Ukraine on Wikipedia.