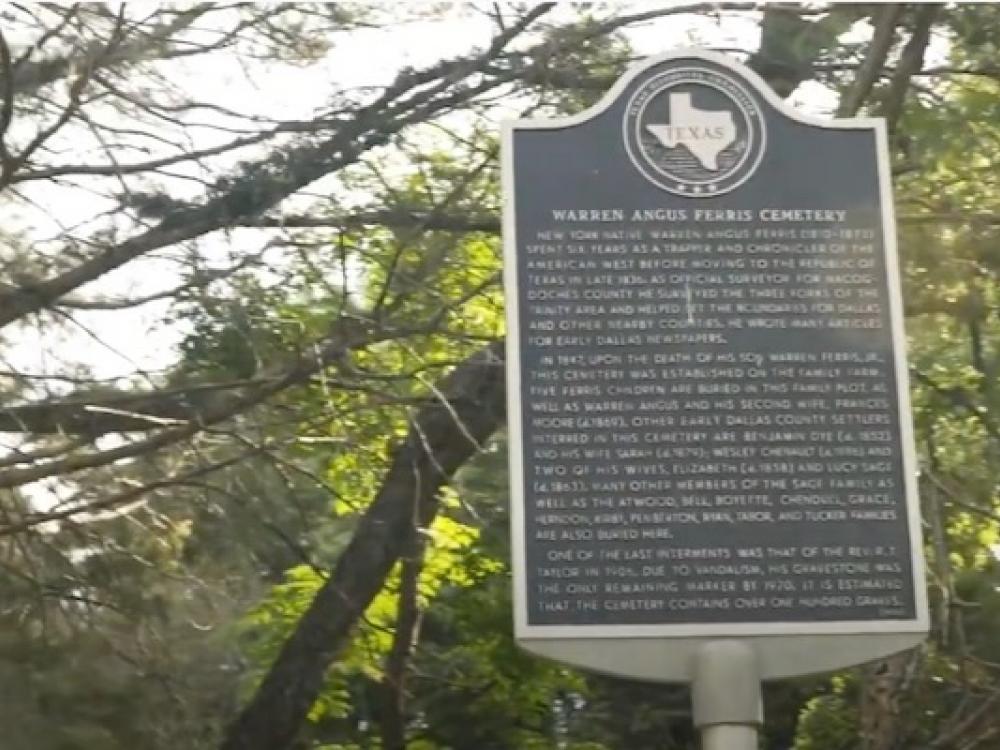 Friends of the Warren Ferris Cemetery in Dallas have been working to restore the property since 2019. Courtesy of FWFC.

Julie Fineman is vice president of Friends of the Warren Ferris Cemetery, a group that’s transforming a Dallas historic burial ground in her neighborhood into an oasis for native plants and animals. 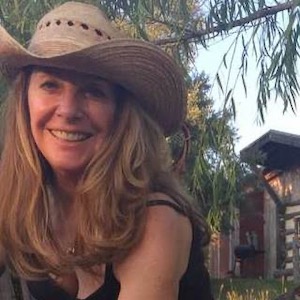 North Texas master naturalist Julie Fineman is leading the effort to restore the Blackland prairie landscape at the Warren Ferris Cemetery in Dallas. Courtesy of Facebook.

Fineman is hoping that the restoration she’s helped bring to the neglected and vandalized burial site for Dallas’ late-19th century residents in the city’s Forest Hills neighborhood will inspire other restoration projects.

According to the Texas Historical Commission, there are roughly 50,000 cemeteries in Texas. Of those, 16,000 are listed as historical sites. According research by the Friends group, about a third of these have no caretakers.

In 2019, Fineman stumbled into the Warren Ferris Cemetery restoration project after discovering the overgrown property at the corner of San Leandro Drive and Saint Francis Avenue near her home. Fineman saw a neglected historic cemetery, riddled with privet.

“It was so thick, it was just as if there was a wall. You couldn't walk through it,” Fineman says.

Watch Part 1 of a 7-part series about the Warren Ferris Cemetery restoration. Courtesy of FWFC.

At the time, she was training to be a master naturalist and quickly recognized the invasives that were taking over the property and edging out native plants.

“So I gathered my neighbors, and it took about three months to clear it. And a year and a half, two years later, it's amazing. What is now growing in that landscape is a slow evolution to restore it back to Blackland Prairie status. It will take decades, but the good work has begun. And part of creating a wildlife habitat is setting up a water supply for the local and migratory animals and insects.” 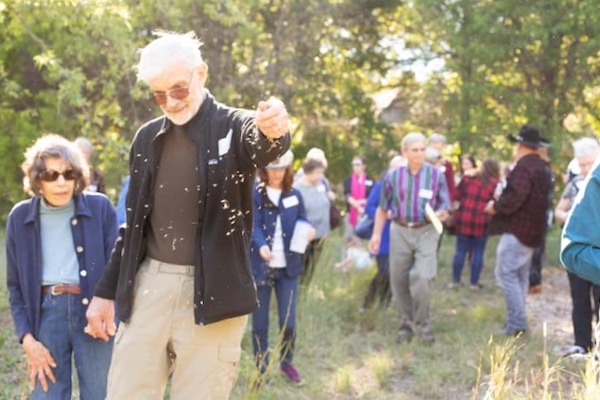 Fineman says the native plants that have begun to grow back in the cemetery provide food and nursery resources for pollinators. Wildflowers have also been reseeded on the land, and antelope horn milkweed that has held on through the decades has once again gained ground.

Fineman recently led a successful fundraising campaign to purchase a nature-mimicking water feature at the nearly-acre location in order to give the bees, butterflies, birds, toads, rabbits, squirrels and turtles that pass through a vital resource.

When installed, the boulder-like water feature will produce a gentle flow of water from the top that runs down the sides to a hidden underground reservoir. The pump is solar powered with a battery backup for keeping the flow going at night.

“We have a temporary [water source] now, but it's more of a bird bath. So the animals on the ground can't access it,” she says. 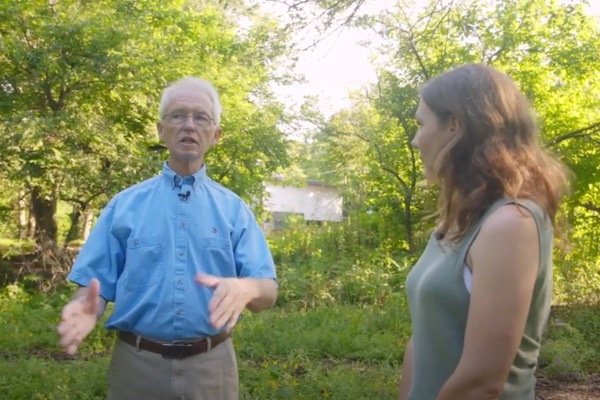 RESPECT FOR THE DEAD

Fineman says historical cemeteries are perfectly compatible with wildlife refuges. Maintaining the grounds to respect the dead and adding unobtrusive amenities for wild creatures can be easily accomplished in a way that preserves the original state of the site.

In the case of the Warren Ferris Cemetery, the site provides an example of how land in the area once appeared before shopping centers, lawns and parking lots took over. 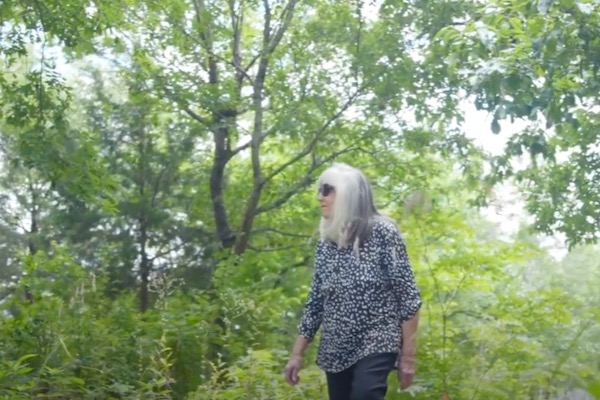 Sue Chenault, a descendant of five Chenault family members buried at the historic Warren Ferris Cemetery, has been supportive of the project. Courtesy of FWFC.

The cemetery holds the remains of more than 100 people who were laid to rest there in the early days of the city, including Warren Ferris, who was a surveyor of the area, and renowned Black preacher R.T. Taylor. A century of neglect and the miscreance of vandals have robbed the site of all grave markers, and only about 30 of those buried have been identified by Friends of Warren Ferris Cemetery, the nonprofit organization that’s taken on the challenge of restoring the Dallas historical site.

Fineman says she hopes to make the wildlife project a pilot for historical cemeteries in Texas, creating a network of wildlife refuges that would benefit the state’s native animals.

“Part of our mission is to create a wildlife habitat and to restore the property back to its original landscape profile as a means of honoring those buried there,” she says. “I am hoping we start a movement. There are many neglected cemeteries in neighborhoods such as ours, where neighbors just don't know what to do with it. But we would like to kind of wake them up to the possibilities of taking our route – where we become a resource for them to learn how to do it so they don't have to reinvent the wheel.”

Part 7 of a 7-part series about the Warren Ferris Cemetery focuses on the environmental restoration project. Courtesy of FWFC.

Part of Fineman’s vision is to create a network of connected cemeteries that would provide corridors from one location to the next for migrating wildlife such as monarch butterflies.

“We're right now in the works of creating an adopt-a-cemetery program where we can connect the dots and create a cemetery constellation – corridors between these cemeteries that help with the migratory birds and insects, [and serve] as landing pads for their sustenance to continue their journeys,” she says.

Fineman says they estimate there are more than 5,000 historical cemeteries in the state that are neglected.

“So you could imagine the kind of connectivity that we could create.”