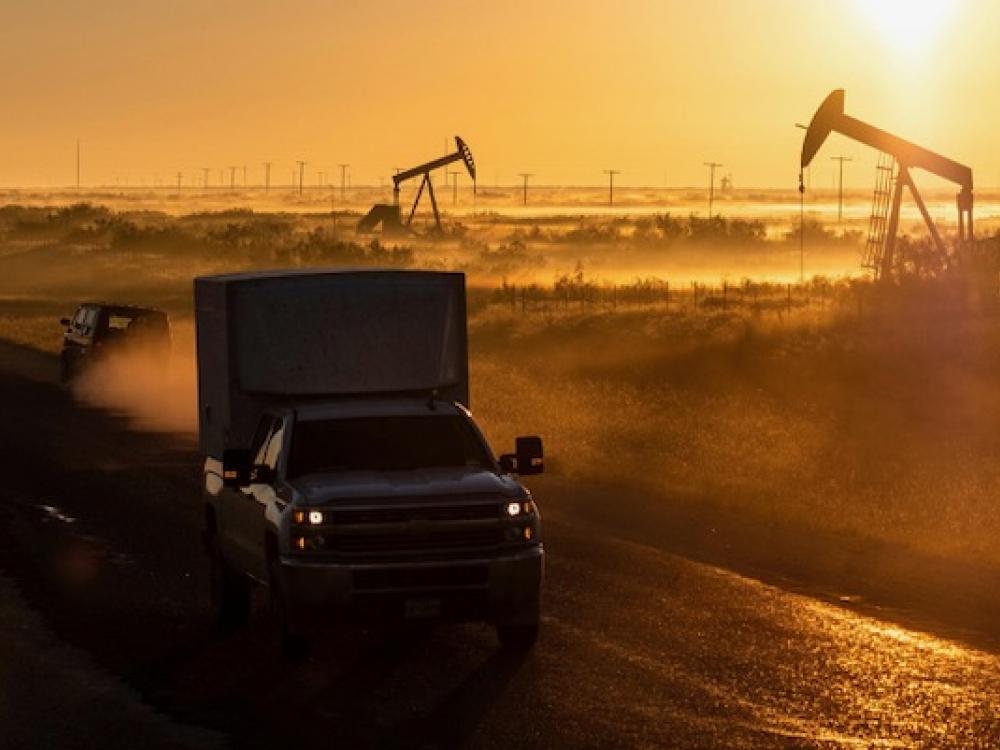 Biden issued the order on Inaugeration Day as part of his efforts to fight climate change. Photo by Jerod Foster for The Texas Tribune

Four Texas Democrats in the U.S. House have come out against President Joe Biden’s Inaugeration Day executive order directing the secretary of the interior to halt new oil and gas leases on federal public lands and waters “to the extent possible.”

In a letter, Democratic Reps. Marc Veasey of Fort Worth, Vicente Gonzalez of McAllen, Henry Cuellar of Laredo and Lizzie Pannill Fletcher of Houston called Biden’s order “far-reaching” and demanded he rescind it, arguing that banning “responsible energy leasing” would eliminate jobs, decrease the country’s gross domestic product, increase crude imports from foreign countries and chip away at federal revenue, among other concerns.

“Texas ... has been ravaged by the coronavirus and this recent Executive Order will hurt an already suffering community. Therefore, I urge the Biden administration to rescind this federal order and reevaluate the impact of this measure with input from relevant stakeholders and experts,” Gonzalez said in a news release. “I, and my colleagues, stand ready to work with President Biden, the incoming secretary of interior and other stakeholders to develop a thoughtful policy that addresses climate change, protects American jobs and moves us forward.”

At a signing ceremony Wednesday, Biden cast the order as a measure to slow the pace of climate change and avoid the pollution of public lands.

“[Unlike] the previous administration, we’ll start to properly manage lands and waterways in ways that allow us to protect, preserve them, the full value that they provide for us for future generations,” Biden said. “Let me be clear, and I know this always comes up: We’re not going to ban fracking. We’ll protect jobs and grow jobs, including through stronger standards like controls from methane leaks and union workers willing to install the changes.”

The order, dubbed the “Tackling the Climate Crisis at Home and Abroad Executive Order,” also calls for the interior secretary to “launch a rigorous” review of existing energy leases and permits while identifying steps toward doubling offshore wind energy production by 2030. It also establishes an interagency National Climate Task Force along with the development of an emissions-reduction target.

Biden’s other executive order reestablishes the President's Council of Advisors on Science and Technology, which will “seek input, advice and the best-available science, data and scientific and technological information from scientists, engineers and other experts in science, technology and innovation.”

Efforts to fight climate change are largely popular among Democrats in Texas and across the nation. But the energy sector is a major source of jobs in the state, making the issue more politically complicated here. Soon after the four Democrats released the statement, the Congressional Leadership Fund, a political action committee devoted to helping Republicans win a majority in the U.S. House, released statements criticizing two other Texas Democrats — U.S. Reps. Filemon Vela of Brownsville and Colin Allred of Dallas — for not signing on.

The federal government owns 1.9% of the land in Texas, which is less than 3.3 million acres out of more than 168 million throughout the state. According to the Bureau of Ocean Energy Management, there are more than 11.7 million acres of active energy leases off the Gulf of Mexico, as of the beginning of January. Of the leases that are active, slightly more than 2.5 million acres are producing or have produced oil or gas.