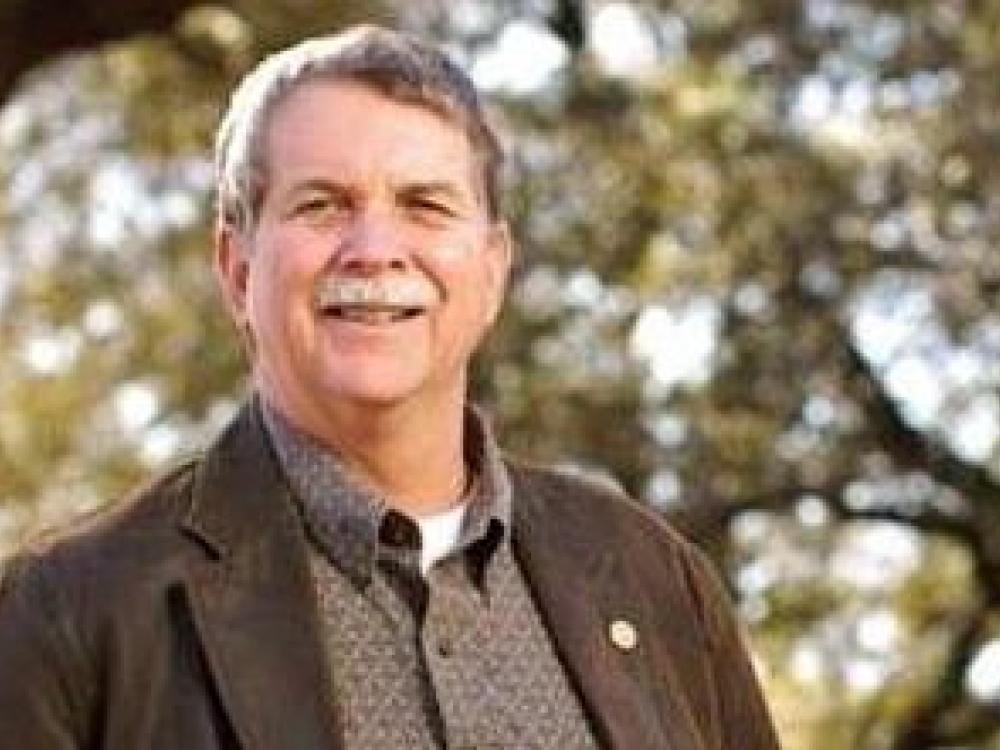 Longtime State House Representative Lon Burnam of Fort Worth recently announced he is running for one of three seats on Texas’ Railroad Commission. Photos courtesy of Facebook.com/repburnam​

After an 18-year career as state representative, Lon Burnam, D-Fort Worth, recently joined the race for the single soon-to-be-vacated seat on Texas’ three-person Railroad Commission (RRC.) He doesn’t expect the ride to be an easy one. He’s running, he says, to bring reform and improve the agency’s service to citizens.

What does the Railroad Commission have to do with railroads? Nothing. It’s about energy, primarily fossil fuel energy.

Green Source DFW interviewed Burnam about his platform, what it will take to run a campaign that can overcome the invisibility of this little-known but powerful agency, and the conflict-fraught scene of energy regulation in Texas.

As to the agency itself, the Railroad Commission regulated railroads at its inception in 1891, but transferred those responsibilities variously to the federal government and the Texas Department of Transportation between 1984 and 2005. The RRC does continue to have regulatory authority over Texas’ vast “oil, gas, coal and uranium production,” says Burnam. Its annual budget is more than $79 million.

Safe handling of such flammable, combustible and toxic materials as oil and natural gas, much less uranium, require strict guidelines for production and pipelines. Questions of the RRC’s effectiveness in setting and maintaining those standards came into the public spotlight when hydraulic fracture drilling came to the cities and suburbs around 2004.

JR:  What made you decide to run?

LB:   I started thinking about it seriously with the passage of House Bill 40… Prior to the advent of fracking in the Barnett Shale, most urban and suburban Texans were not affected by the rules we operate under, i.e., preferential treatment for mineral rights over surface owner rights… But now in the past 10 years, a lot of urban and suburban people feel the abuses.… Because of HB 40, much of the opportunity that municipalities had to be protective of their communities has been stolen, through legal finesse, by changing the law. It’s now in control of the Railroad Commission… I had been aware of the problems and abuses since I was an undergraduate at University of Texas in the 1970s… We know that the commission has not done a good job in non-incorporated areas, and now they’re given control and purview over our municipalities and suburban areas, as well

JR:  Can you give some examples? 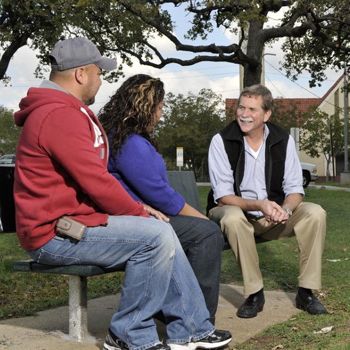 LB:  A frack facility in my [Fort Worth] neighborhood… is literally hundreds of yards from an elementary school...It drilled, pumped and now has gas. Emissions are worse closer to the source and in the early stages…There are hundreds of examples like this across the state, particularly in the Barnett Shale and the Eagle Ford Shale, where people’s health and safety have been endangered by inadequate attention by the Railroad Commission...

Here in North Texas, you have denial by the Railroad Commission that injection wells are causing seepage of methane into people’s water supply. But you know, if you were having no problem for years, and right after they start fracking near you… you can’t even take a shower in your home, and you can light the water with a match, there’s an inadequately regulated problem!

If you’ve never had earthquakes in your region before, until they’re doing this massive injection of highly toxic frack fluid all around, then maybe there’s a correlation that should be more carefully investigated than the Railroad Commission has done. … After the big hoopla about the earthquakes in Azle… the majority of the commissioners have pooh-poohed the direct correlation…Oklahoma was one of the most geologically stable states in the 48 states... Now it has more earthquakes than anybody.

It’s not as if I don’t want us to get the natural gas out of the shale, I just think we can do a better, smarter job of being protective of homeowners and their air and water. To appropriately regulate the industry.

JR: How do you propose to get elected?

LB: It’s a three-step process: First, I have to win the Democratic nomination on March 1. There are two other candidates… One, a retired schoolteacher and the other, a former media person who, frankly, has never been involved…in electoral politics, except for the Kinky Friedman campaign…

I’m trying to hire a statewide fundraiser…Here’s another problem…Increasingly, the only money that goes to Railroad Commission races is from people who have a vested economic interest in it. It’s not from the general public, most people don’t even know what it is. They’re not excited like they were for…Wendy Davis for governor, because everybody knows what a governor does, and…cares who the governor is… So lots of people gave to that campaign who won’t give to this campaign…

I’m going to be doing outreach… I’ve been very active in environmental groups …Although some of them can’t endorse because of their 501©(3) status, any nonprofit can encourage their members to become educated and informed about the elections…to pay attention to the Railroad Commission race this year…

JR: Your first step is to win the Democratic nomination. And then?

LB: If that does not occur March 1, there is a runoff at the end of May… Texans don’t vote…  Because we have such a horrible level of civic engagement, we will have a very low turnout March 1 [and turnout for]] the runoff will be even lower.

And then, of course, there’s the general election in November. For years and years in Texas, the Republican candidate for president won, without any state or local Democratic candidates winning. That could happen again this year. [Down-ballot Democrats winning is] very, very dependent on people voting who have never thought of themselves as Democrats, but are willing to show enough independence to vote for their choice for Railroad Commission. That’s the numerous urbanites and suburbanites in North Texas and San Antonio...

People don’t know what the agency has to do with their well-being, particularly in North Texas. They don’t know that they’re personally affected by one decision after another.

ABOUT: Lon will be a guest speaker at the Progressive Leaders Toastmasters meeting, which begins at 7pm. A campaign organizing meeting will follow at 8pm.