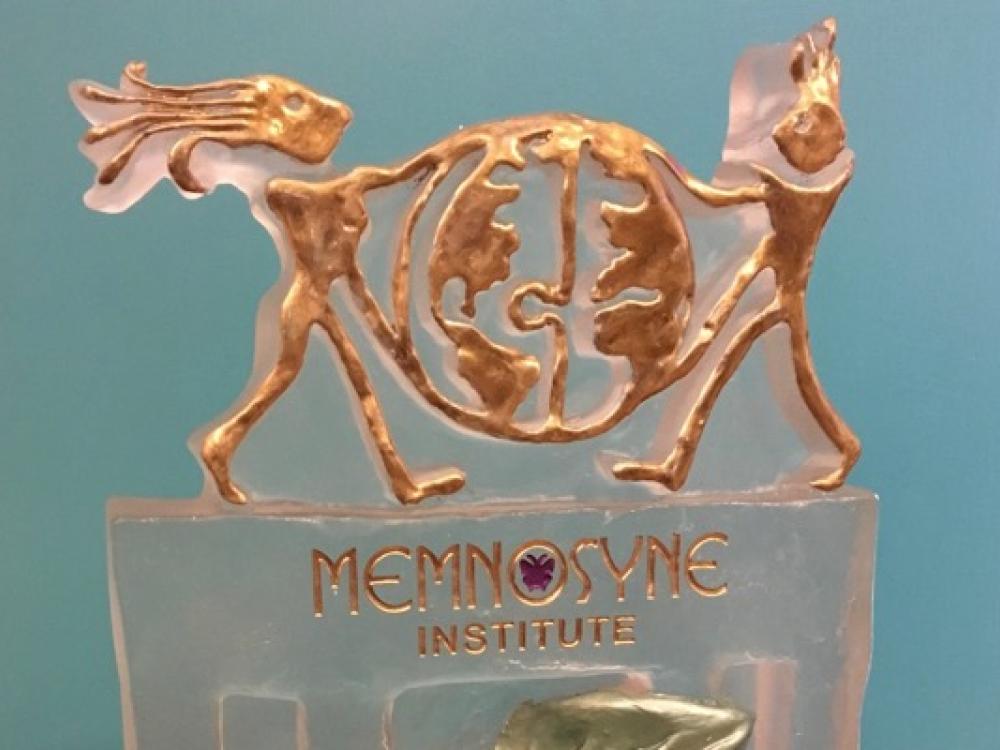 Winners will be announced Nov. 15 at the Green Source DFW Sustainable Leadership Awards at the Dallas Arboretum.

Public voting ended on Sept. 30 for the 7th annual Green Source DFW Sustainable Leadership Awards! Thanks to all who made nominations, the wonderful nominees and the hundreds of voters who participated!

We hope this competition has enlightened more North Texans about the great work being done locally to protect the environment, wildlife and our natural resources.

The contest has been narrowed down to the top three finalists in each category. (See list below.)

A panel of judges from the North Texas green community will be tasked with the tough job of deciding winners in each category.

The results will be announced Nov. 15 at the Green Source DFW Sustainable Leadership Awards at the Dallas Arboretum. Get your tickets today! Sponsorship opportunities are still available.

The finalists are as follows. Descriptions are written by nominators: 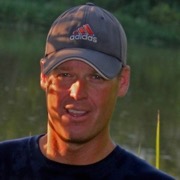 Not all environmental reporters work in traditional media. Sandifer, the founder of the Dallas Trinity Trails blog, tweets and when he does the media listens. Sandifer spends dozens of hours each week on patrol. He waits for no one. He watches and he acts. Dozens of investigative stories have spun from his cyber missives - Illegal dumping in the Great Trinity Forest. Illegal turtle harvesting in White Rock Lake. Countless acts of bad city behavior in the Trinity River bottoms 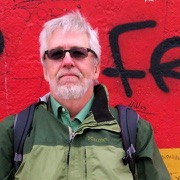 Randy Loftis has "walked his talk" as a decades-long environmental journalist bringing factual information about important environmental issues to his readers, and policy makers. Originally writing on environmental issues for the Miami Herald, Randy was hired by the Dallas Morning News as their Environmental Reporter and stayed for 26 years. He continues to work as an independent journalist including writing the piece "Global Death Toll from Wildfires" for National Geographic News Service. He also serves as Senior Editor at Texas Climate News. To help groom the next generation of environmental journalists, Randy is now a full-time Professor and Faculty Member at UNT. READ MORE

Julie Ryan’s career in environmental writing has spanned from prairies and wildflowers to cities’ efforts on climate change and Texas Legislature battles over oil and gas safety. She first wrote about sustainable gardens, prairies and native plants with the Dallas Morning News, and also for Texas Parks & Wildlife, D Magazine and others. In 2014, Julie took on environmental news reporting. She covers events and issues that affect our air, water, soil and energy as well as our green spaces and wild places. She digs into local and state policy and regulation meant to protect the public interest, and covers efforts by environmental and grassroots groups who work hard to make that happen. Her articles currently appear in Dallas Observer, regularly in GreenSource DFW, Fort Worth Weekly and Texas Climate News. READ MORE 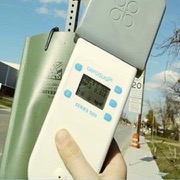 Fueled by the technical expertise at UTD, UNT, UNTHSC, TCU and UTA, this group known as the DFW Air Research Consortium is now overseeing the establishment of DFW's first independent air quality network. Up to 50 particulate matter monitors are due to be installed by the end of 2018, or 49 more than operate in Dallas County now. They'll provide real time readings via a phone app. It will be the first network of its kind in Texas. As cutting edge as the establishment of the monitor network is in its own right, it's the way the monitors are calibrated in real time in the field via machine learning that sets the DFW network apart from similar efforts elsewhere. This is its "Killer App" that makes the ARC network model scalable, portable and reliable. UTD's Dr. David Lary is directly responsible for that difference, but the network as a whole was a collaboration with ARC members. READ MORE 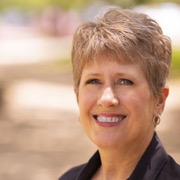 Lori Delacruz Lewis is the sustainability project coordinator for Mountain View College in Dallas. Lori has served as co-chair of DCCCD Sustainability Team for several years. As part of her master's capstone project, she has created a faculty workbook called "Sustainability: Designing Interdisciplinary Opportunities for Teaching." The workbook provides faculty members with detailed examples of how they can incorporate sustainability into their course, regardless of the discipline. Lori recently learned that her workbook project has been selected by the Clinton Global Initiative University to be presented on the global stage. READ MORE 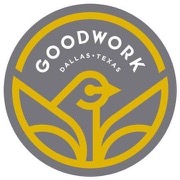 GoodWork coworking, an innovative shared workspace community, was launched by Amy King, LEED Green Associate, in early 2018 in Dallas. Goodwork is the first coworking space in the nation focused on inclusive sustainability and wellness for entrepreneurs, non-profits and innovators, powered by solar. D Magazine called it the “superfood of coworking.” GoodWork’s mission is to model and grow a responsible business culture that has a net positive impact on the world. Cofounder and CEO Amy King saw the need to provide a forward-thinking space for the people of DFW to incubate their business, innovate and come together for discussions around climate change, green building, responsible/conscious capitalism and funding for social enterprise. READ MORE 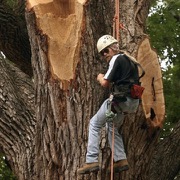 Steve Houser has been advocating for trees in North Texas for more than 30 years, educating city leaders, developers and the general public on the many benefits of trees, as well as advocating for historic and mature trees in jeopardy of being removed. He volunteered much of his time and efforts over the past 15 years to the updated Dallas Tree Ordinance, finally passed by the Dallas City Council earlier this year. He is also the cofounder of the Texas Historic Tree Coalition, a statewide tree advocacy group, and the coauthor of a book on Indian marker trees. READ MORE 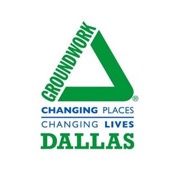 Groundwork Dallas is a 501(c)3 non-profit organization and is one of 20 Groundwork USA authorized trusts across the country, and the only one in Texas. The mission of Groundwork Dallas is to regenerate, sustain and improve the Dallas Elm Fork Greenbelt and Great Trinity Forest by developing community-based partnerships that educate and empower people, businesses and organizations to promote environmental stewardship. The nonprofit removes 35,000-plus tons of trash per year from the Trinity. READ MORE 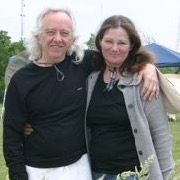 Don and Debora Young founded the Friends of Tandy Hills Natural Area in 2004 in response to the arrival of urban drilling in Fort Worth. They launched the earliest protests against fracking in the area to help protect the last remnants of the prairie in Fort Worth. In 2006, they created Prairie Fest at Tandy Hills, the first green festival of its kind in the area introducing thousands to Tandy Hills, which had a ten-year run. It became a joyous festival where the environmental community could connect. Last year, they hosted the largest BioBlitz ever held in North Texas, if not the state, to launch data collection of species at Tandy Hills. In addition, They created an educational program, Kids on the Prairie, to introduce thousands of school kids to the prairie and help create the next generation of conservationists and environmentalists. READ MORE 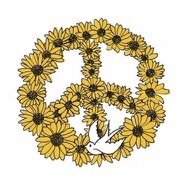 Elizabeth Dry is the director of Promise of Peace Community Gardens in Dallas. POP gets the community involved in organic gardening. Elizabeth also works with many elementary schools in Dallas County in getting them to grow and eat what is produced using green methods. I have had the pleasure of helping and seeing the results, which includes a lot of happy elementary students. Elizabeth is making a green difference in so many lives. I have seen first hand how she can move mountains. I support Elizabeth’s efforts because they make such a difference in a community that is often neglected. 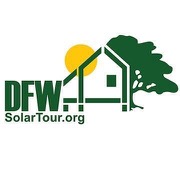 The DFW Solar Tour, North Texas' premier energy event, is now the LARGEST Solar and Renewable Energy Tour in Texas and ranked THIRD in the U.S. Now in its ninth year, the DFW Solar Tour has grown from a few sites with some of the FIRST solar installations in North Texas to 50 sites spread out over five North Texas counties. This unique self-guided Open House event includes homes, schools, colleges, businesses and municipal sites. READ MORE 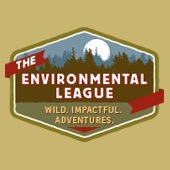 The Dallas-based Environmental League (EL) is an arm of the Environmental Projects Company dedicated to organizing middle and high school clubs focused on clean-up projects, environmental awareness and immersive nature trips for urban students, many whom are growing increasingly out of touch with our natural heritage. Our fledgling 2017-2018 school year saw an initial membership of 44 students across 2 chapters (Conrad High School and Hillcrest High School) drive several clean-up efforts removing over 700 fifty-gallon bags of litter from two Dallas sites. READ MORE 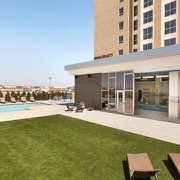 The Denton Embassy Suites is one of the newest projects by Tim O'Reilly and the O'Reilly Hospitality Management team. It is the second LEED-certified hotel project in North Texas and one of many of his total LEED projects throughout the United States. The hotel and convention center are currently under review to obtain Gold LEED certification. At last count there were less than 70 hotels in the U.S. that have this level of LEED certification. READ MORE

COKE BUCHANAN VOLUNTEER OF THE YEAR 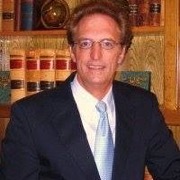 David Griggs is a civil attorney in Dallas and an instructor in Government at Brookhaven College. David has been an environmental activist in Dallas for more than 20 years, campaigning against polluters and as well as promoting environmentally responsible initiatives. He lobbies for environmental bills before Texas legislators and testifies before the Texas Railroad Commission, Texas Commission on Environmental Quality and the EPA. As the current political chair of the Dallas Sierra Club for almost a decade, David has played a significant role in helping Dallas elect a City Council devoted to sound environmental policies. David also is the founder of the statewide Sierra Club PAC "Turn Texas Green," which helps Sierra-endorsed candidates with funds for their campaigns. READ MORE 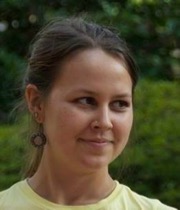 At 23, Evelyn Mayo may be one of the youngest environmental organizers in DFW, but she has the bearing of a veteran eco-warrior. Arriving in DFW fresh out of college only 14 months ago, she joined the board of Downwinders at Risk and has helped revitalize that group by leading it into new areas of program work and attracting a team of inspiring 20 and 30-something women to join her. READ MORE 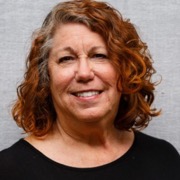 Some people retire when they retire. Not Whitney Wolf! After a two-year breather following 40-plus years with AT&T, she went on to become communications director at North Texas Chapter of the Texas Master Naturalist. Her business and production acumen make operations for North Texas Master Naturalist stay on track and focused because communications are clear. READ MORE