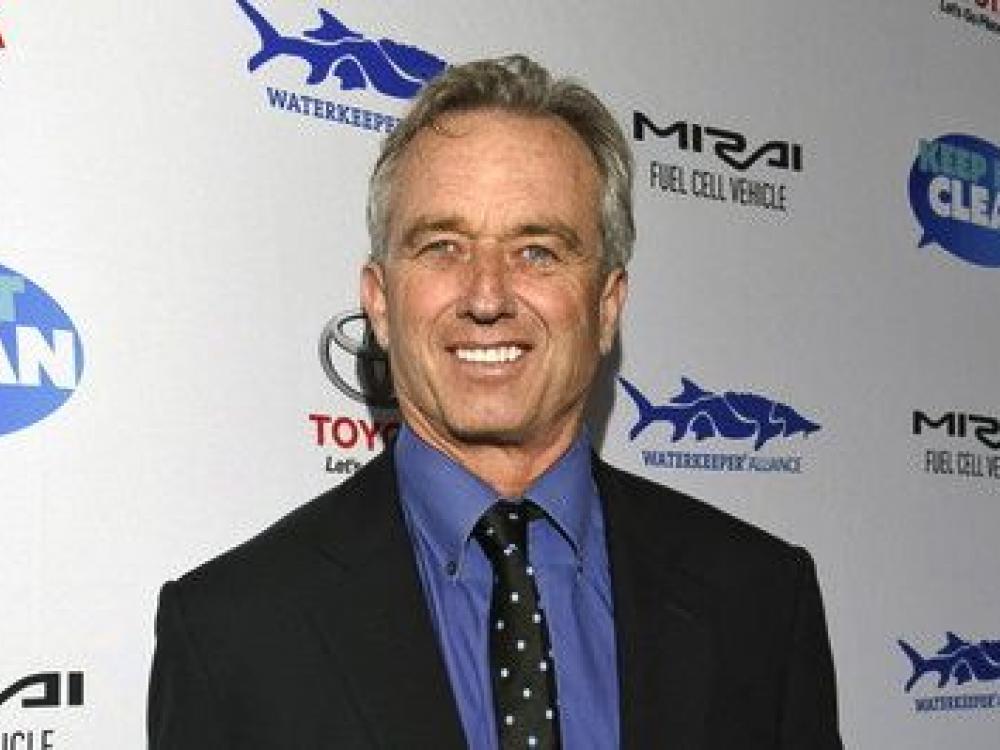 SXSW Eco brings an array of environmentalists, technology experts, business leaders and designers together each year to share their ideas for creating a brighter, greener future.

The conference draws change-makers, entrepreneurs and sustainability experts from across the U.S. and the globe. In 2015, SXSW Eco attracted 2,000 attendees, including people from 37 countries who came to participate and lead the conference’s scores of panels, showcases and competitions.

As lead keynote speaker kicking off the Oct. 10-12 event, Kennedy fits perfectly with the conference’s mission of bringing together people working toward ecological change in many sectors, such as water, energy, communications, policy and design, said Morgan Catalina, executive producer of SXSW Eco.

“We’re thrilled to host Robert F. Kennedy Jr. as our opening keynote. He has such broad experience in these sectors, as an author, radio show host, attorney and as president of the nonprofit Waterkeeper Alliance.”

“We feel like it’s a really strong start (for the conference) and it strikes the right tone for the conversations we’re trying to have.”

Kennedy can speak to many interests. He’s best known as the president of the WaterKeeper Alliance, whose 270 chapters work to restore and preserve waterways around the world. But recently, he’s also gotten involved in the legal effort to hold Southern California Gas accountable for a massive methane leak in Aliso Canyon outside Los Angeles. The leak, which released more than 80,000 tons of the greenhouse gas until it was stopped this month, forced 5,000 households to evacuate the affluent Porter Ranch subdivision. Many suffered health effects and are expected to file multiple personal injury cases.

Kennedy also is well-known as a progressive political activist and founding voice on the Ring of Fire radio show, which he hosts along with several other activists and journalists. And he can relate to outdoorsy types, a notable presence at SXSW Eco, being a master falconer, kayaker and sailor, though it’s hard to see where he finds the time.

One can see from that list that SXSW Eco embraces wide-ranging issues within the environmental realm, pulling in business leaders, investors, activists and academics as well as the occasional Hollywood greenie (like Adrien Grenier) or famous artist (Shepard Fairey).

Other newly announced speakers slated for the 2016 conference include Annette Kim, director of the University of Southern California’s Spatial Analysis Lab; Susan Surface, program director of Design in Public; Robert Young Pelton, a journalist and filmmaker who documents some of the world’s most dangerous places and Raj Patel, a research professor at the University of Texas LBJ School of Public Affairs. Patel is the author of The Value of Nothing and Stuffed and Starved: The Hidden Battle for the World Food System.

SXSW Eco, held at the Austin Convention Center, will be announcing more top-level speakers as the conference approaches.

But SXSW Eco is not your typical listen, eat and then get drinks conference. It’s far more participatory.

Panel sessions delve into the world’s problems and the latest solutions. At one memorable hands-on gathering, myself and the audience got to sample brownies baked with crickets, courtesy of some European group exploring ways to provide the world with easy protein.

I guess you could say the conference can get a little crunchy.

Panels do take it all on – deforestation, rising sea levels, toxic furniture, the smart grid, green building, fracking, food waste, you name it. One year a traveling group of women from nations suffering climate-related flooding told a rapt, packed room what it’s like to face your community’s potential extinction.

But many of the confabs bring great hope, like those about reforestation, community-owned wind projects and food innovations, such as the urban greenhouses that have settled successfully into reclaimed urban warehouses. Another fascinating talk took audiences inside the construction of a LEED-certified office building that was both beautiful and energy self-sufficient. Some sessions are simply inspiring, like the one that featured several grassroots groups, including the Hip Hop Caucus, that are expanding awareness of pollution and climate change.

Audiences grow loud in some of the halls at SXSW Eco as entrepreneurs pitch their solutions to the world’s issues and needs during “StartUp Showcases.” The startup partners make their case before judges, who critique the pitch, helping the fledgling businesses (or sometime just folks with concepts) hone their message and even propel them toward real investment dollars. The conference boasts that some $60 million has been nabbed by its startup participants over five years of the competition.

“We want to connect people with good ideas with those who have the resources to accelerate and support their ideas.” Catalina said.

The “Place by Design” competition also is a big deal at SXSW Eco, with several competition categories, such as “revitalization (rehabbing or reimagining buildings or infrastructure),” “art and interaction” and “social impact.” The deadline to submit an entry is May 27.

Those who would like to present a panel/workshop/solo talk at the conference can submit their ideas now through April 29. Find out more about the parameters and what’s allowed at the conference website here. The public will be invited to help select the sessions during online voting May 9-20.