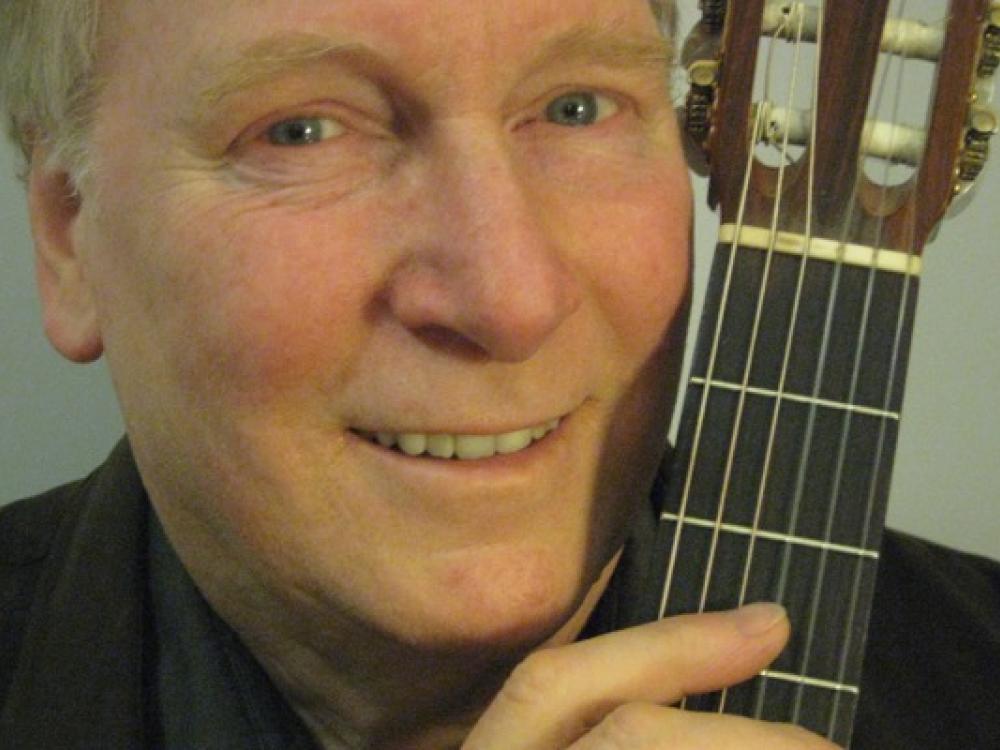 Jim Scott will perform three concerts in Fort Worth and Hurst at Dec. 9-11. Courtesy of Jim Scott.

Massachusetts-based singer-songwriter Jim Scott will appear for three North Texas performances this weekend, welcoming old fans and inviting the new to enjoy a night of music that celebrates peace, justice and the earth.

Scott’s performances reflect his dedication to earth-friendly living and his experience in the environmental and peace movements. His shows are a mix of songs, poetry and short stories, all delivered with his keen observations and subtle humor, as a means of inspiring audiences to delight in the natural world around them and do their part in protecting our planet and its inhabitants -- both human and nonhuman.

Each of Scott’s North Texas performances will feature a different emphasis.

“The Friday night performance in Fort Worth is titled Gather the Spirit and is dedicated to standing up against hate,” Scott says, referring to the tensions of the recent political climate. 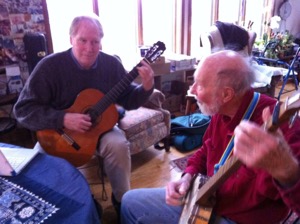 Scott’s Saturday night performance at Pathways Universalist Church will be a Pete Seeger Songfest, during which Scott will play the well-known hits of the 1960s musical icon as well as a few of his own songs inspired by Seeger.

Sunday morning at the same venue, Scott will lead the service of Pathways Universalist Church in a collection of music, poetry and stories under the title, "Gaia, Mother Earth and the Oneness of Everything."

The ticket price for the Friday and Saturday performances is a suggested donation of $15 per person. Sunday’s church service is open to everyone at no cost.

Audiences of any size are brought together during Scott’s performances, sharing a closeness that comes from Scott’s moving lyrics and informal style as he invites everyone to sing along and participate in the music.

Growing up in Massachusetts, Scott graduated from Eastman School of Music and then Berklee College of Music. During his career, he’s performed with the Paul Winter Consort, an experience that shaped much of his current offerings.

“Paul was always looking to make music with messages of ecology. Even instrumental music that we did had themes of earth and particularly the voices of animals,” Scott says. “Paul encouraged my songs with words as well, and I’ve continued to make that a priority. I’m often playing for environmental activists and doing a lot of benefit concerts for earth and peace groups.” 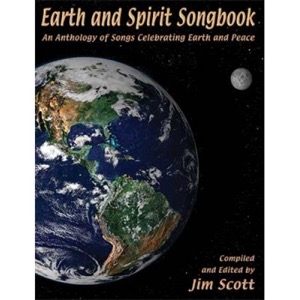 Scott says his musical style exhibits eclectic, multicultural sounds covering everything from African rhythm and Latin beat to Jazz, Caribbean and a little Folk. Taking a cue from singer Peter Yarrow, Scott tries to avoid being seen as an environmentalist, but rather as someone who’s thought extensively about important topics and addresses pressing issues with poetry that both has depth and is also entertaining.

“Making music that celebrates earth and peace issues has been my thing,” Scott says. “I think music and song lyrics have great effect on our culture. Celebrating works better than lecturing.  Affecting people emotionally lasts longer than just giving facts. I try to make a concert fun, exciting, and touching the heart.

“There’s a lot of education slipped into the songs, but I try to do that with stealth and humor.  When we’re having fun with what we value, it’s a great feeling, and I like to think it’s healing for folks. I hope everyone feels better after than when they came in.”

The first Earth Day of 1970 was the signpost that directed Scott in what’s been his life’s path ever since.

“It just woke me up to what we’re doing to the world; back then it was called pollution and vanishing forests, and today its about climate change,” Scott says.

Additionally, Scott has brought together a collection of earth- and peace-centered songs in his Earth and Spirit Songbook, which is composed of works by various artists along with some of his own original contributions.

“It’s an anthology of 110 songs of earth,” Scott says. “Music teachers, church music directors, and musicians who are songleaders use it.”

Above all in his performances, Scott says he avoids the stance of the performer taking the center stage and talking out to his audience. By mixing in audience participation and keeping enjoyment as the goal of his shows, he believes the message of his music is more far-reaching.

“There are all kinds of environmentalists: hunters, farmers, even loggers who appreciate the beauty of the natural world,” Scott says. “I try to remember that I am an entertainer, and I want all walks of people to be lifted up, so I try to make it all fun.”

When: December 9, at 7 p.m. at First Jefferson Unitarian Universalist Church, 1959 Sandy Lane in Fort Worth. The performance is titled Gather the Spirit.

Dec. 11, 10:30 a.m. at Pathways Universalist Church. Performance is Gaia, Mother Earth and the Oneness of Everything.

Cost: The ticket price for the Friday and Saturday performances is a suggested donation of $15 per person. Sunday’s church service is open to everyone at no cost.