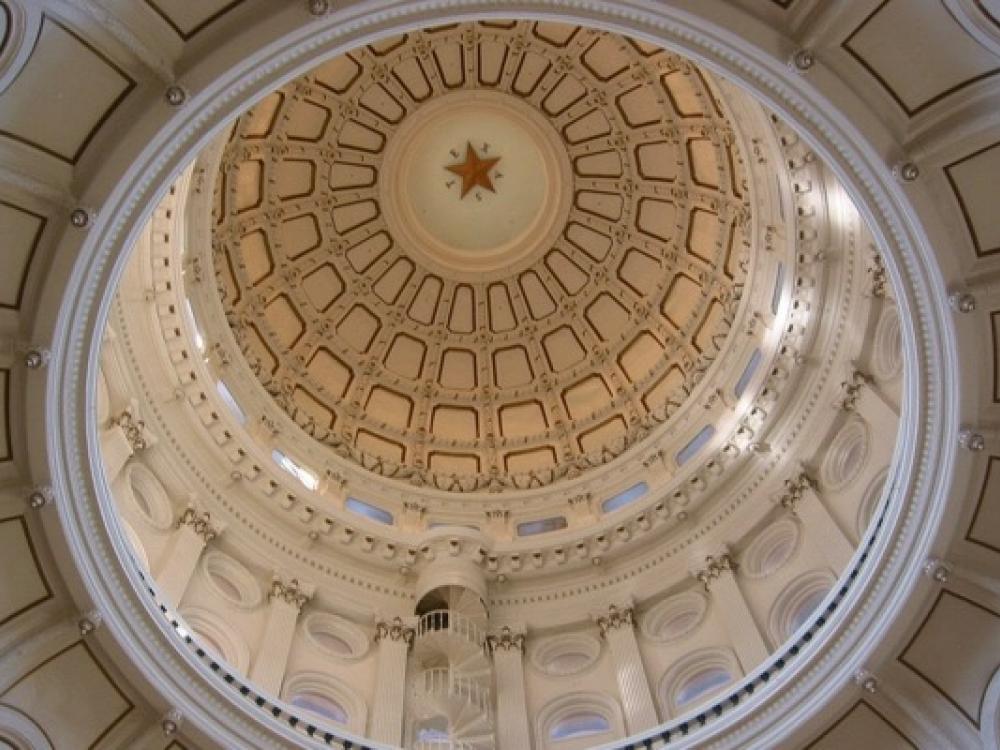 As of May 3, there were about a dozen environmental bills still in play in the House. Courtesy of Texas Legislature.

“Be the green you want to see,” is how local environmental leaders might modify Gandhi’s famous slogan. With the Texas Legislature in session, local green activists are urging the public to call for action on green bills held up in the legislature and against action on not-so-green ones. The hope is, if citizens rouse their representatives, and contact committee chairpersons, there’s just barely enough time to get bills through the legislature before the session ends May 29.

The appeal comes from Rep. Rafael Anchia of Dallas; Lon Burnam, director of Tarrant Coalition for Environmental Awareness; Clean Elections Texas and 12 environmental groups that form Alliance for a Clean Texas. They have pointers on easy ways to do it, in a state where even the 2016 presidential election got only 42.6 percent participation last year and city elections may garner only five percent turnout.

As of May 3, there were about a dozen environmental bills still in play in the House, some with Senate equivalents.

“These bills have to be reported out of House committees by Monday, May 8, or die,” says Rita Beving, Alliance for a Clean Texas coordinator.

However, end of day Thursday, May 4, is probably the effective deadline for House bills. Successful Senate bills will be heard in House committees and reported out by May 20. For information on how to advocate to legislators on ones important to you, see the end of this article.

Here are two bills supported by this green coalition and two opposed by Texas Conservation Alliance and the Sierra Club Texas chapter.

People in shale-gas communities and their friends, including Arlington’s Ranjana Bhandari, say life could be different for their neighbors if two proposed bills that affect oil and gas regulation and potential hazards are made law.

One is Rep. Anchia’s House Bill 237, which would change the name of the Texas Railroad Commission to one that identifies its real responsibility, “Texas Energy Resources Commission.” It has been stuck since April 3 in the House Energy Resources Committee, chaired by Rep. Drew Darby of San Angelo. Darby became well-known as the author of House Bill 40, the controversial bill that severely curtailed cities’ rights to enact oil and gas safety ordinances. Committee chairpersons control when and if legislation gets a committee hearing, the first hurdle to reach the floor of either chamber of the legislature

“Most people don’t know what the Railroad Commission does,” says Bhandari. “It has a very important role, because this is an oil and gas state. People don’t know that we vote for Railroad Commissioners. I didn’t know who regulates oil and gas until we were involved in a mineral lease case. We refused to lease our mineral rights to Chesapeake Energy because of risks and health issues, and then they applied to the Texas Railroad Commission to frack drill around our property [closer than the legal setback.] I found out who TRC was then. If we had ignored the agency’s notice of Chesapeake’s application, the company’s request would have been administratively approved.”

Burnam calls the anonymity of the agency with an $86 billion dollar budget in 2015 “anti-democratic.”

HB 247 also puts the light of day on TRC activities, by upgrading the agency’s database to publicize information including inspections, complaints, violations and enforcement – in searchable format, organized by county and operator.

This would have helped Lance Irwin of Mansfield, one day when chunks of foam from a well were blowing around the neighborhood.

“When drilling was going on, old ladies were getting choked by the fumes,” he says. “It was worse when they were doing ‘flowback,’ using foaming agents to clear the wells.”

One day an operator had put foam in a well to clear out “produced water,” the liquid released by hydraulic fracture drilling that contains water from deep underground mixed with fracking fluid, a toxic slush of sand, chemicals and water.

“Large chunks of the foam were blowing and piling up behind a school.”

Searching online, Irwin discovered a blog by someone from the Arlington side of the well who had phoned in a report to TRC. On the agency website, Irwin “couldn’t even find out how to file a public information request on an incident I knew was reported.”

He phoned an oil and gas investigator he had met during Mansfield’s ordinance effort, and she gave him the email request form. A TRC inspector came out.

“I have also used it to find who owned a particular well, but it’s not easy.”

HB 247 is also pending in House Energy Resources. Committee chairpersons control when and if legislation gets a committee hearing to send it for action on the floor of either chamber of the legislature

Texas “water protectors,” to borrow the Standing Rock defenders’ term, challenge two bills that would limit the ability of residents to participate in the state water rights permitting process.

SB 225 and HB 3742 would affect landowners, involved businesses and other citizens.

“Some of these permits – such as the ones to build huge reservoirs – have broad impacts on wildlife, agriculture, timber interests and Texas streams and rivers,” says Janice Bezanson, executive director of Texas Conservation Alliance

When a permit application receives opposition, a “contested case” hearing is held by the governing agency. These bills narrow the issues a hearing can address and define deadlines for applications to participate as well as the timeframe for the hearing decision in a way that restricts public participation.

As for public participation in legislation, calling or emailing one’s representative, identifying oneself as a constituent and telling why the bill is important, is the best way to be heard, Clean Elections Texas advises. The same approach applies when contacting the chairperson of a committee in which a bill is pending, and calls from voters in any district have weight.

Late Thursday, May 4, is probably the effective latest deadline for a House bill or House joint resolution to be favorably voted out of committee, to allow time to complete its documentation and get it scheduled on the House calendar. Based on information from the Texas Legislative Council, it takes a full day or more after committee approval to prepare a bill to be calendared.

Saturday, May 20, is the last day for House committees to report on Senate bills and joint resolutions that they have reviewed.

Here's where to find information on other environmental bills still in play.