Energy Transfer Partners protest to be held in Dallas on Friday 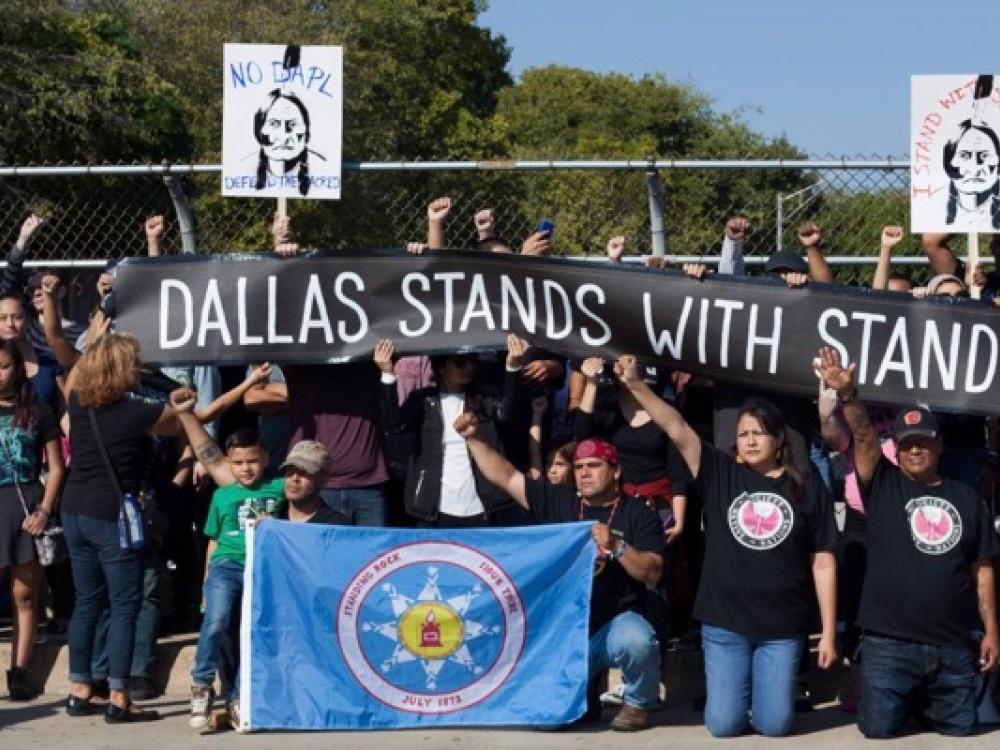 North Texas protesters gather at a "No DAPL" protest held in Dallas in 2016. Photo courtesy of Rhiannon Woodward.

The Stop Energy Transfer Partners protest, organized by the Dallas arm of the San-Antonio-based Society of Native Nations, will be held at ETP’s headquarters on Sept. 8 at 3:30 p.m. 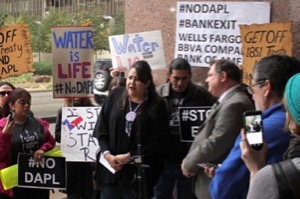 Demonstrators plan to march from the ETP building in Dallas to the home of Kelcy Warren, founder and CEO of the company.

The 1,200-mile Dakota Access pipeline, which runs from North Dakota to Illinois, became commercially operational in June despite months of extended protests from Native American groups who say the pipeline threatens sacred burial grounds as well as the quality of water nearby.

Yolonda BlueHorse, center, with Eric Reed, attorney for the Society of Native Nations, right, at a protest at the U.S. Army Corps of Engineers office in Dallas. Courtesy of Yolonda BlueHorse.

“My main focus has been aimed at the head of the snake,” Yolonda BlueHorse, organizer for the Dallas protest on Friday. “We have had more than seven rallies [in Dallas] regarding Dakota Access, including several at ETP headquarters and one in front of the U.S. Army Corps of Engineers office.”

BlueHorse, a South Dakota native and member of the Rosebud Sioux tribe, said ETP is putting sensitive ecosystems at risk and bullying landowners via eminent domain laws to build pipelines where they are not wanted.

“Our main goal is get people educated about what’s going on,” said BlueHorse. “There needs to be a movement to get rid of fossil fuels and this is part of that movement.” 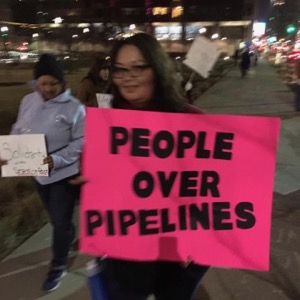 Sign from a Dallas protest. Courtesy of Yolonda BlueHorse.

Eric Reed, a Dallas attorney representing the Society of Native Nations and a Choctaw descendant, is hosting the tribal council from Standing Rock prior to the protest. Organizers are also hoping to hold a forum on Saturday but are still searching for a venue. (Check here for updates.)

“We’re going to have some of the more prominent voices from Standing Rock at the march,” said BlueHorse.

About: The Dallas protest at Energy Transfer Partners headquarters is part of a national campaign protesting the parent company responsible for the Dakota Access Pipeline and other pipelines.