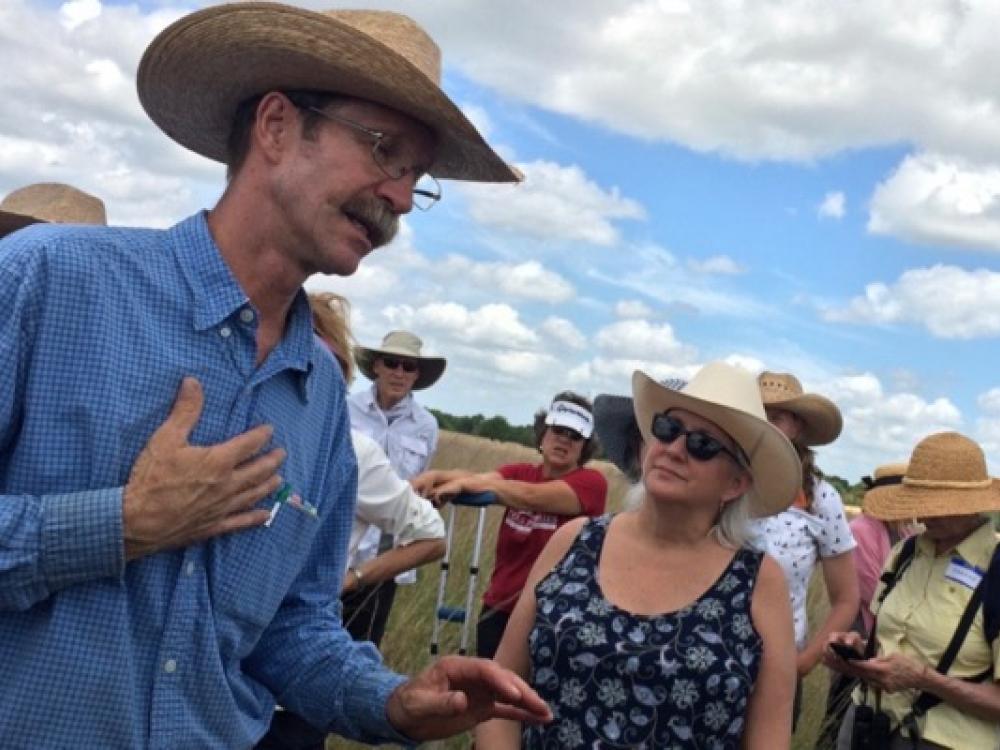 In this second installment, we meet a philosophical cattle rancher in Hopkins County. Photos by Stalin SM.

Karl Ebel doesn’t look much like a Taoist philosopher. Tall and lanky, with a deep drawl that slows time, his jeans are torn and dirty, skin is tanned to umber, and his shredded leather boots sport manure.

But there he is, in the midst of his 525 acres of native grasses on his ranch near Sulphur Bluff, talking like Lao-Tzu to a dozen folks gathered around him on this first stop of the Northeast Texas Prairies Tour hosted last month by the Blackland chapter of Native Prairies Association of Texas. 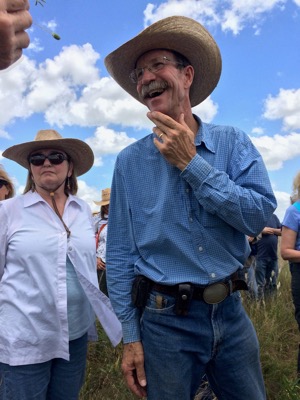 “We tend to get in our little 100-year frame, but these plants took thousands of years to become what they are, to create this prairie. Who are we humans to think we can do it better?”

Karl Ebel is restoring his 525-acre prairie in Hopkins County with the help of his cows.

He ponders hubris and human’s insecurity over the intelligence of nature. He wonders why his unruly native grasses worry some neighbors so and why they plant imported forage grasses that perish every drought. But he understands too.

“Natives are expensive to plant and the response time can be quite long. So instead they spread a bunch of chicken litter and go with Bermuda grass seed. It’s easy and it doesn’t require a lot of management.”

Ebel has seen the cycles. In the early 1900s, Hopkins County was deeply in cultivation. Even in the Depression, people could grow and sell enough to sustain a farm. A popular crop was cotton, a gluttonous plant that sucks nutrients out of the ground.

“By the time the ‘40s and ‘50s hit, they’d exhausted the soil. ‘We ain’t got no shoes, we’re barely keeping our kids fed,’ they said and all headed to town. Ranchers like me moved in. So they call all this go-back land.”

But prairies don’t go back to health on their own and Ebel lacks the big bucks it takes to till and replant. So he came up with a Taoist approach of working with plants and animals that takes minimal money and effort: trample planting. 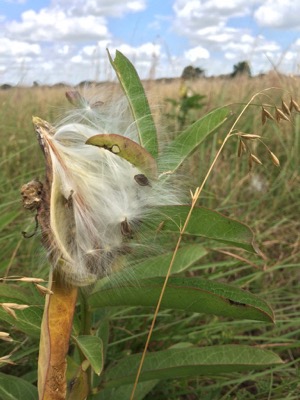 When Ebel finds a pasture area where native grasses like big bluestem and Indiangrass are struggling, he scatters native grass seed, much of it collected from his land. He lures cattle to that area by scattering feed cubes, which are like candy to cows. They trample the seeds into the ground, then fertilize them with manure. Truly ingenious.

“It’s what the buffalo used to do with their massive hooves, grazing an area when it’d gone to seed. That’s how the prairie maintains itself. That and fire.”

More than going with the natural flow, the Ebel method is good economics. Imported forage grasses can’t make it through the winter.

“But those native grasses stay viable on the stem for cattle to graze all the way through the winter. So I can eliminate hay production. I don’t own a piece of hay equipment. I don’t fertilize hay meadows. So my costs are around $325 to keep a cow for a year. The national average is $800.”

A PRAIRIE IS FOREVER

Surrounded by prairie acolytes as our tour comes to a close, Ebel recalls a friend in the Flint Hills of Kansas. 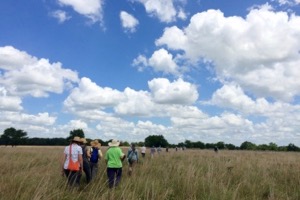 “He’s not an ecologist. He’s a cattleman. This guy can rope anything on four legs. I remember him making a statement 20, 30, years ago: ‘Karl, they’re making a big fuss about all these Atwater prairie chickens'.” (The endangered species was granted special protections from landowners.)

“I just kept quiet. If you’d said ‘conservation’ 25 years ago, he’d tremble and shake. He would not have it. But a year ago, he put his whole place in a conservation easement. He got hurt real bad in a roping accident, paralyzed from the neck down, though he’s recovered a lot.” 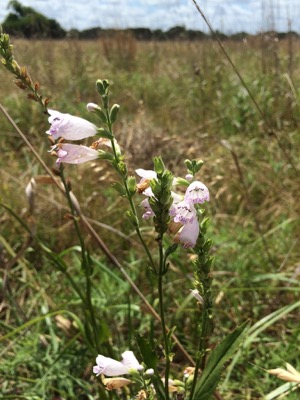 “’When you go through something like that,’ he said ‘You reflect on a lot of things. You know, I’m a stockman and I love my cattle, but cattle come and cattle go’.”

Ebel pauses, his voice quakes as he tries to continue. “Sorry, I get choked up. He said ‘But that prairie is forever.’ When I saw that transition in my friend over 30, 40, years, I thought to myself, ‘Man, we are making progress’.”