Downwinders at Risk: By the end of the year, DFW won’t have any environmental reporters 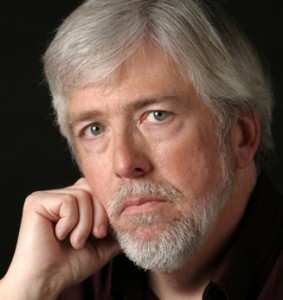 By Jim Schermbeck
Downwinders at Risk

When he leaves the newsroom for the last time, he'll be taking the moniker "environmental reporter" with him.Currently, no other DFW media institution funds such a position, and a replacement for him at the News hasn't been announced.

Loftis has been the Morning News' environmental reporter since 1989. He's by far the most experienced journalist still covering the environment in Texas, with his peers in Houston, Austin and Ft. Worth long retired, laid-off or bought out themselves. His career covers most of the modern Texas environmental movement, from the Superfund fight over West Dallas lead smelters, to the epic Midlothian cement kin wars, to current struggles over fracking.

It's hard to believe now, but not so very long ago, it was a seller's market for environmental activists with a good story to tell. Only other newspapers or stations were potential rivals and there was a fierce "Front-Page-like" competition to scoop each other. Because so many pollution problems are linked to corruption, reporters reveled in throwing the spotlight on situations didn't pass the smell tests, toxicologically or politically. Establishment media actually went out on nationwide searches and hired away good environmental beat reporters the same way they would business beat, or cop shop, or city hall reporters. That's how Loftis entered the market in 1989. He came from the Miami Herald, where he'd covered the Everglades extensively.

1989 was a watershed year for the nation's environmental consciousness. The Exxon Valdez catastrophe occurred. A Bush had declared himself "the environmental president." The 20th anniversary of Earth Day was approaching. It was as if the media had woken up and discovered a whole new category of news after a long sleep through the 1980's. Dallas, as well.

There were a host of local issues. Dixico Manufacturing wanted to burn their lead and cadmium ink wastes in an old incinerator in the middle of an Oak Cliff residential neighborhood. West Dallas families were finding high levels of lead in their attic dust and yards from years of smelter operation. And there were rumors that some cement plants south of town were burning hazardous wastes in place of coal.

Loftis' byline in the DMN archives over the last 26 years chronicles these fights and many, many more. Because of that institutionalized history, advocates never had to dumb down their pitches to Loftis. He already knew why the story you wanted him to cover was significant – or not. More than passing knowledge about the subject also gave Loftis the ability to ask the right questions of officials and industry, while also leaving his readers asking the right questions at the end of his articles.

True beat reporters can do that because they have an insider's knowledge of the subjects they're covering. They know the issues, the personalities, and most important of all, the politics. Beat reporters can explain the story behind the story. All of that kind of information, and that style of coverage, walks out the door with Loftis.

It's not just that youngers reporters don't know any history or background in the environmental subjects they're covering for spot news pieces. It's that their employers are insisting they cover the environment as rinse and repeat spot news, and not as a regular beat. You have to start from scratch every time you have a story to tell. You have to explain the context of why it's a good and/or important story. You have to anticipate the opposition's response and suggest skeptical questioning of it, instead of relying on a reporter's experience to do it for you.

It was only a couple of months ago that we last bemoaned the state of local environmental coverage in DFW. Lack of any established media eyes on problems can make the gap between success and failure much wider. Right now, the state and EPA are at loggerheads over DFW air quality policy. This on-going argument affects what amount of poisons millions will take in with every breath over the next three to five years. It could decide the fate of obsolete coal plants, jumpstart national cement plant modernization, and bring new attention to gas industry air pollution. But unless you have some reporters that can make the fight "sexy" and explain why it could impact your child's asthma, it will not be the public policy debate it should be.

In light of Loftis' departure, alternative local sources of news become more critical. And we don't just mean the Observer or the Weekly.  This blog and others are now often the only places you can find close to real time information about this or that environmental issue in DFW. That's great for citizen journalism, but it's a sad state of affairs for mainstream media in the nation's fourth largest metropolitan area, which continues to suffer a chronic smog problem, hosts a half dozen Superfund Sites, and is Ground Zero for the fracking boom.

Jim Schermbeck is the director of Downwinders at Risk and a professional organizer with more than 30 years experience.