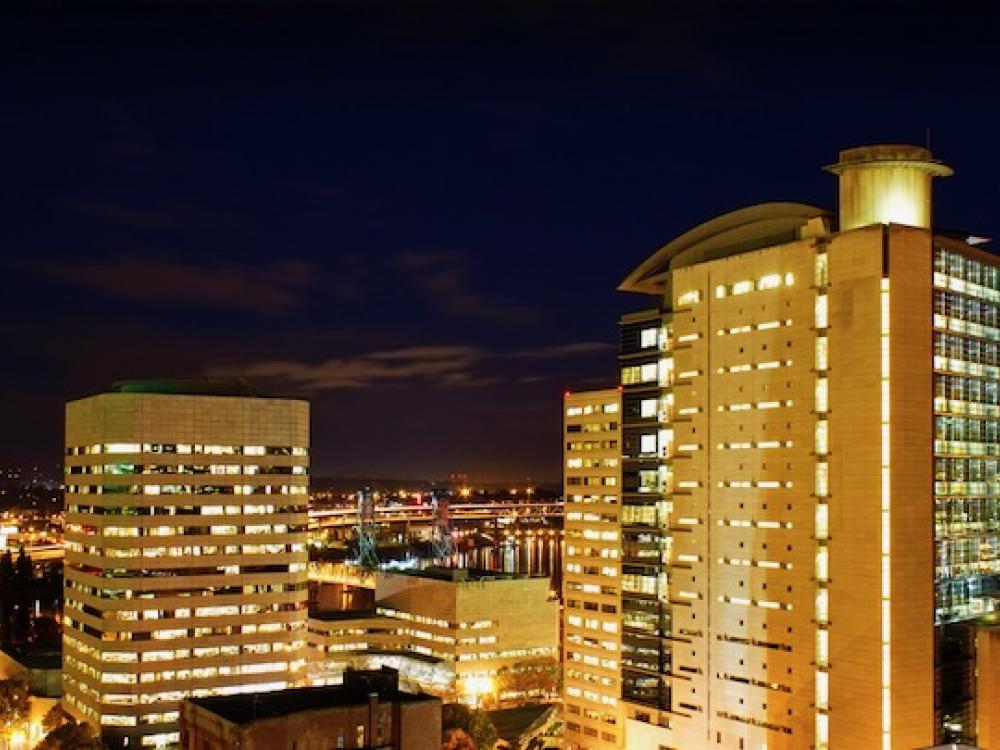 Lights Out Texas encourages businesses and residents to turn off lights from 11 p.m. to 6 a.m. through June 15.​ Photo courtesy of Storyblocks.

This week, the city of Fort Worth announced a partnership with Downtown Fort Worth Inc to turn off downtown lights as part of a statewide initiative known as Lights Out Texas.

So far, 11 Fort Worth downtown businesses have committed to dimming their lights from midnight to 6 a.m. thru May 31, starting last week.

“This is a great educational opportunity for our entire community to take one proactive step to protect these migrating bird populations,” said Cody Whittenburg, environmental manager for the City of Fort Worth. “Turning the lights out in other populated areas of the city such as shopping centers and outdoor sports venues will also make a huge contribution.”

Lights Out Texas launched last spring, led by the Cornell Lab of Ornithology.

The Texas initiative is critical because one of every three birds migrating through the U.S. in spring and one out of every four in fall passes through the Lone Star State to and from their winter homes in South Texas and Central and South America.

That adds up to about two billion birds traveling through Texas annually.

Most migrating birds, including songbirds like warblers, thrushes and sparrows, migrate at night, according to DarkSky.org. They use the moon and the stars to navigate.

Light attracts and disorients these night-flying birds, which can exhaust them as well as cause collisions with buildings.

The Lights Out Texas program evolved after BirdCast, a consortium of researchers, identified the top most dangerous U.S. cities for migrating birds due to light pollution. Houston and Dallas ranked second and third respectively.

The program gained momentum last fall with the support of Dallas and Houston conservation groups, including Dallas-based Texas Conservation Alliance and Texan by Nature. Dallas Mayor Eric Johnson and Downtown Dallas Inc participated during the peak of the 2020 fall migration.

Meanwhile, the Hill Country town of Dripping Springs, the first city in Texas to be designated as an International Dark Sky Community in 2014, also got on board with a mayoral proclamation in fall of 2020.

The movement to protect birds from light pollution dates back to the launch of The International Dark-Sky Association in 1988.

In 1993, the Canadian organization Fatal Light Awareness Program was launched and has become the pre-eminent authority on the bird-building collision issue.

"The first few Lights Out programs in the U.S. were modeled after and established with a certain degree of help from FLAP," according to Julia Wang, coordinator for Cornell’s Lights Out campaign.

Houston Audubon launched its Lights Out for Birds program in 2018.

Ken Rosenberg, a conservation scientist with the Cornell Lab of Ornithology, is the lead author on a study published in Science in 2019 that says North America’s bird population has declined by 3 billion birds since the 1970s.

While habitat loss is by far the number one cause of bird mortality, nationwide each year, studies estimate 365 to 988 million birds are killed when they collide with buildings.

Ben Jones, executive director of Texas Conservation Alliance, says those deaths caused by human development can be reduced with a concerted effort.

“Migrating birds are doing the most extraordinary thing," said Jones. "Some of them fly thousands of miles on migration twice a year. They are overcoming obstacle after obstacle. Turning off lights is a simple thing we can do to help them survive.”

Jones led an effort last fall to get Dallas businesses and residents to participate in the program but could not confirm any participants this year as of press time.

Former first lady Laura Bush, founder of Texan by Nature, has also been a big advocate for the program.

“Light pollution is a growing and under recognized threat to birds,” said Bush in an op ed published by the Dallas Morning News on Sunday.

In her article, she went on to tout the benefits of birds and the urgency of protecting them.

“Birds control pests, eating 400 million to 500 million tons of insects annually. They pollinate about 5 percent of the plants we use for food and medicine each year.” 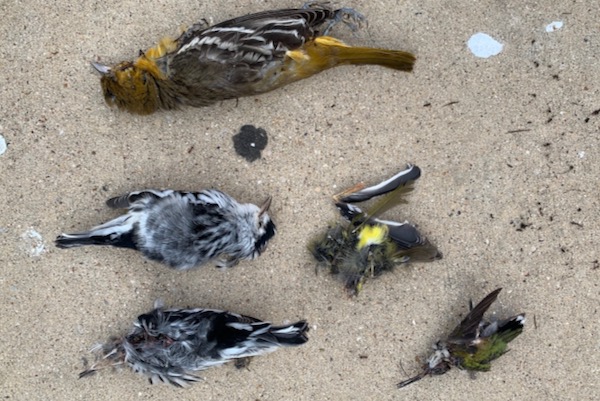 Last fall, volunteers collected 457 birds in downtown Dallas that appeared to have died from collisions with buildings. Photo by Ben Jones.

In addition to the Lights Out program, the Cornell Lab will be helping to coordinate a statewide collection of birds that died as a result of building collisions, according to the Star-Telegram.

The city of Fort Worth has no plans to survey yet. However, Jones will partner with Tim Brys at the Perot Museum to survey downtown Dallas to collect any birds killed from colliding with buildings as they did last year.

“Our team will survey downtown Dallas again for 50 mornings beginning April 1 (no joke),” said Jones in an email to supporters.

Last year, Jones and volunteers collected 457 bird carcasses in downtown Dallas during the fall migration, according to the Star-T.

Wang stressed that the full spring migration season in Texas occurs from March 1 to June 15, with the peak window between April 19 to May 7.

"Optimally we would prefer that everyone able to do so commit to the full spring migration season of March 1 to June 15 since collisions can and do happen at any time during the migration season," said Wang. "However, we suggest prioritizing the peak period of April 19 to May 7 to turn off lights if organizations are unable to the full season at this time."

Fort Worth is the first major city in Texas to commit to the program for "very nearly" the full migration season, said Wang.

North Texas homeowners are also encouraged to participate by turning off porch lights and landscape lighting from 11 p.m. to 6 a.m. or use motion sensitive lights and timers. Turning off interior lights or closing drapes and shutters will also help to reduce light pollution.

“Every dimmed light makes a darker, safer sky for hundreds of millions of birds,” said Jones.