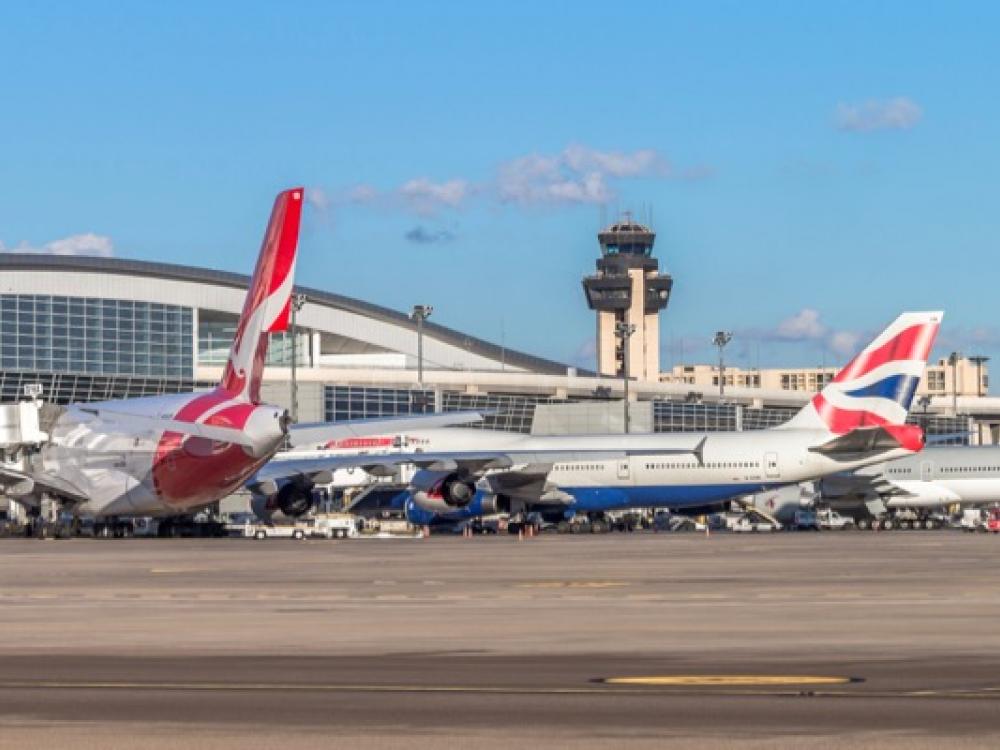 Every day thousands of travelers from around the globe pass through the halls of the Dallas Fort Worth International Airport with its five terminals, nearly 2,000 flights a day and a 24/7 open status.

In fact, the 17,000 acres of land that the airport sits on is larger than this island of Manhattan. So with a size of that magnitude, it is significant to consider DFW Airport’s efforts to focus on environmental issues.

Last August, DFW Airport became the first airport in North America to achieve carbon neutral status. The airport is one of only 23 worldwide to achieve this distinction, alongside a diverse collection of airports mostly in Europe like Leonardo da Vinci-Fiumicino Airport, Nice Côte d’Azur Airport, Oslo Airport and Amsterdam Airport Schiphol, to name a few.

The Carbon Accreditation Program at DFW Airport was given a Level 3+ Neutrality, which is the highest level of environmental achievement available. Overall, this designation culminates nearly two decades of sustainability efforts to reduce the airport’s emissions and carbon footprint and thereby contribute to the regional effort to clean the air in the Dallas-Fort Worth area.

Carbon neutrality occurs when the net carbon dioxide emissions over an entire year is zero, meaning the airport absorbs or offsets the same amount of carbon dioxide as it produces.

“DFW has made major strides in reducing its carbon footprint by how the Airport manages precious resources such as energy and water, and how it manages vehicle fuels, emissions, waste, recycling and land,” said DFW Airport spokeswoman Brenna Jefferies via email.

The airport is also active in making sure the incoming water supply is used as efficiently as possible, as it continues its role as one of the EPA’s WaterSense Partners in EPA Region 6. DFW was the first airport governmental organization to become a promotional partner under the national WaterSense Program. As a WaterSense Partner, DFW promotes WaterSense products and exhibits water efficiency efforts to millions of travelers each year.

“DFW obtains its water from the cities of Dallas and Fort Worth,” Jefferies said. “DFW maintains over 150 miles of pipes that supply water to hundreds of on-airport facilities, including terminal buildings, maintenance shops, cargo facilities and administrative offices, just to name a few.”

Equally important, DFW continues to find and utilize innovative methods to conserve or reuse water that flows from the airport. Jefferies explained DFW’s sewer system is composed of more than 60 miles of pipe work that collects waste from the entire property and conveys it to the Trinity River Authority of Texas for treatment. Another 250 miles of pipe work is dedicated to collecting and routing storm water. One example of this system in use is at DFW’s Fire Training Center, where its exercises are conducted using recycled water.

Regarding efficient energy reduction, DFW Airport considers vehicle emissions and manages a very successful recycling program. From a renewable energy standpoint it has adopted what is called "Continuous Commissioning" to fine-tune building heating and cooling systems and significantly lower energy consumption across the airport. The DFW vehicle fleet has been almost completely converted to clean-burning compressed natural gas and there are more than 180,000 tons of materials recycled, pulled from terminal renovations under the Terminal Renewal and Improvement Program, thus being diverted from landfills.

Jefferies said that future goals for DFW Airport include broadening recycling efforts, emphasizing recycling as a primary option, improving infrastructure in offices and terminals, and developing sustainable design and construction standards for concessionaires and tenants to create a process for enforcement and recognition.

According to the Star-Telegram, the airport’s carbon accreditation rating does not include carbon emissions from airplanes.

Last summer, the Environmental Protection Agency said it plans to impose limits on aircraft emissions as jet engines release significant amounts of greenhouse gases into the upper atmosphere. Airlines and aircraft manufacturers have opposed emissions limits that are stricter than those proposed by international agencies, the article went on to say.