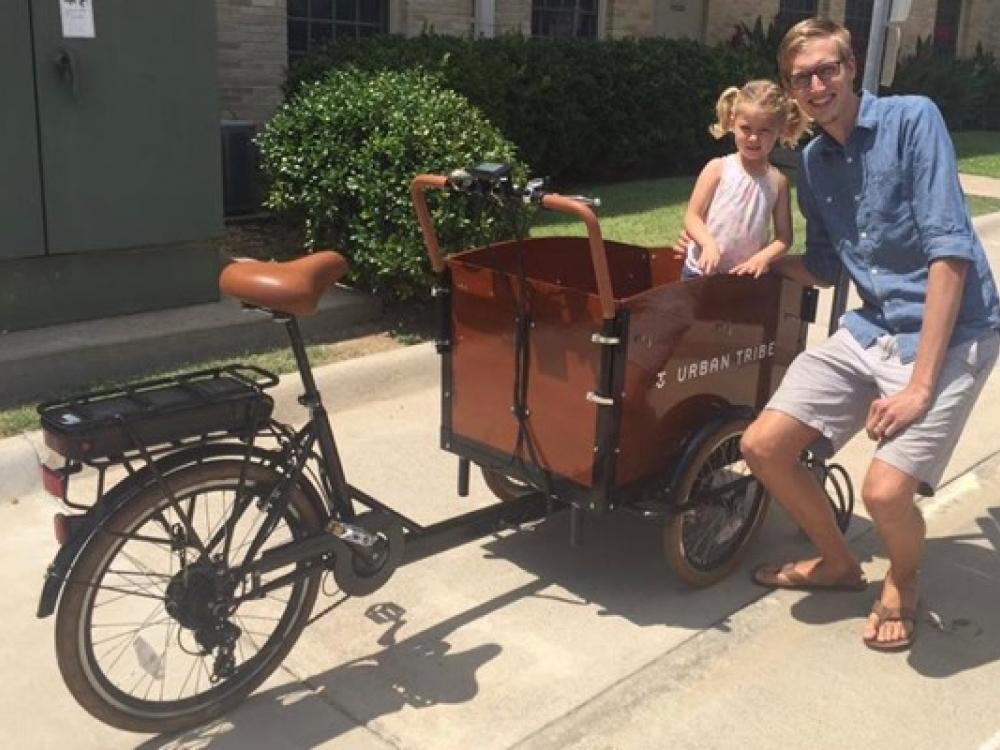 When Aaron Powell and his family got back home to Denton after their European vacation last summer, he couldn’t stop thinking about the simple, eco-friendly vehicles that he saw in Sweden and Denmark.

With three wheels and a wooden cargo box that could accommodate four children and still have room for a bag or two of groceries, the pedal-powered cargo bicycles he and his wife rented gave them a pleasant view of their journeys and face-to-face interaction with their kids – all with zero emissions.

“In two months, we never needed to rent a car,” Powell says. “We saw similar style cargo bikes at grocery stores, playgrounds, everywhere. When we came back to the States, I wanted to get one for our family, but could not find any affordable options.” 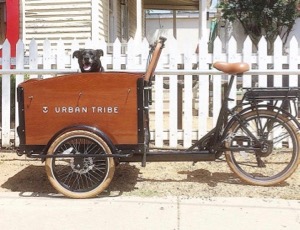 That’s when he decided to make and sell them himself. He researched manufacturing options, counted up the costs and founded Urban Tribe Cargo Bicycles. Now he’s brought his concept from just an idea into full-fledged production, and the first shipments will go out to eager customers this fall.

“Almost 50 percent of our first production run was sold in the first three weeks of July, and we won’t even be in stock until the end of September,” Powell says. “I didn’t set out to re-invent the wheel with the design. We modeled our bikes after what was working well in Scandinavia and are bringing it here to the U.S.

Assembled in Denton, the bikes sport wooden cargo boxes in front of the handlebars for carrying kids, groceries, or anything else up to 220 pounds, says Powell.

“For some families, they are a car replacement. For others, they are a way to have fun family time outdoors. The cargo box in the front enables parents and kids to see each other and talk as they ride, which is the biggest a difference between our bikes and a standard bicycle trailer.”

For now, Urban Tribe cargo Bikes offers just one model, the Gatherer, in either a totally pedal-powered version for $1,970 or with an electric motor for $2,660.

“The Gatherer is your do-it-all SUV-replacement model. It’s for families taking children to the grocery store, the park or the beach.” Powell says. “The standard version is great for people who live in relatively flat areas and plan to mostly ride with light to moderate loads. The electric-assist version makes hills and heavy loads a breeze. It’s also great for getting up to speed from a complete stop.”

“In Europe, of course, we saw all sorts of bicycle delivery vehicles. The country’s mail was delivered by cargo bike there. In the future, we have plans to build custom bikes for commercial use.”

Although Powell took his ambition from just an idea, then to research and development, marketing and taking his first orders in only a little over a year, he says he’s met a few challenges along the way.

“Dealing with overseas factories is always a challenge when it comes to the language barrier, especially on a product with as many moving parts as a bicycle. There were some annoying miscommunications along the way, but in the end, we’ve got a bike that I’m really happy with,” Powell says. 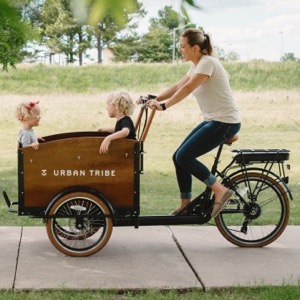 “The crate containing our first prototype actually arrived to the DFW Airport freight terminal completely busted open and held together with clear packing tape. The entire front of the bicycle was missing, along with some other components. This was a crate that I paid $1,500 in freight costs to have shipped to Dallas, so it was a rough way to get started.”

Motivating him to stay the course no matter what challenges he faces is his three-year-old daughter. He left his position as a middle school band teacher when she was born because he wanted to spend more time at home. He’s also had experience in importing goods into the U.S., so he knew in advance that there would be difficulties along the way.

With deliveries only weeks away, Powell has set his mind to developing Urban Tribe’s next model, which will be a slimmer, two-wheel cargo bike called the Hunter, coming in January 2018.

“This bike is for people who have limited outdoor storage or no garage, and need to bring the bike inside, or for those who only have one or two kids and don’t often plan on carrying large loads. It will also be a bit nimbler, handling more closely to a normal bicycle,” Powell says.

Around Denton, Powell and his wife have virtually ditched their cars as they’ve become a familiar sight in the city as they pedal around on their own cargo bikes.

“We use the bike multiple times a day, every day. My wife works at a daycare and takes our kids to work with her. We go to the grocery store, hardware store, downtown, church, the pool, the park – everywhere,” Powell says. “Sometimes my wife will even hop in there with the two kids, and then we’re really a sight to see. We haven’t filled the gas tank in our car in three months.

“I have seen so many comments on social media with ‘Hey, I saw that bike in the square downtown the other day,’ so I know that people are noticing the bike. I can’t leave the house without getting comments from multiple strangers along my ten-minute bike ride. Back when I used to commute to school on my road bike, I’d get drivers shouting profanity at me all the time. On the cargo bike, I get drive-by compliments.”

Powell has a variety of reasons for wanting to see more people in America opting to hop on their cargo bikes for short trips rather than taking their car.

“My mission is for the cargo bike to be a normal means of family transportation in the U.S. Based on our initial overwhelmingly positive response, I think our country is ready for them,” he says. “What satisfies me the most is knowing that there will be many families having as great a time as we are adopting a cargo bike lifestyle - families that are getting fit, getting outside, helping the environment, and improving the fabric of their communities.

“When more families are biking, cities will respond by providing more bike-friendly infrastructure. My dream is that we will one day see cities in the U.S. that rival Copenhagen and Amsterdam in their use of bicycles.”