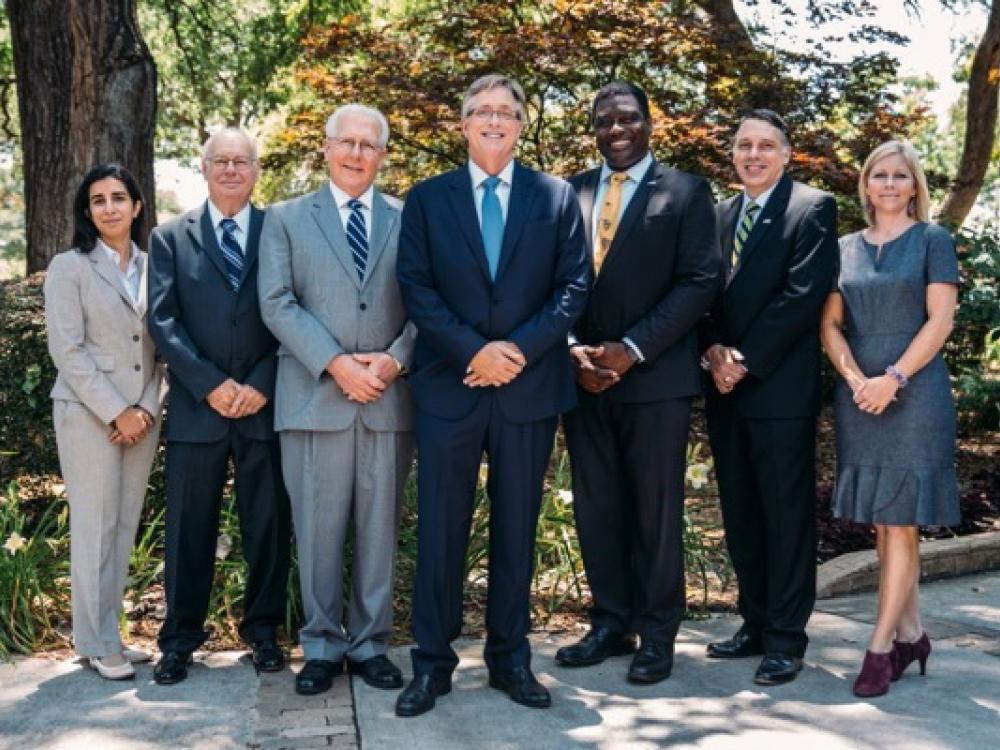 In 2015, Denton's historic fracking ban was squelched by the state legislature but that hasn’t stopped the city’s green progress.

In early February, Denton city council members voted 6-1 to adopt the Denton Renewable Resource Plan, which will effectively switch the city’s 133,000 residents and its businesses from electricity generated by fossil fuels to power from wind turbines and solar panels by 2020.

In a previous decision, city leaders set a goal of buying 70 percent of Denton’s electric utilities from renewable energy providers. Denton deputy director of public affairs Jessica Rogers says the more recent decision to further reduce the city’s dependence on fossil fuels came about because a variety of factors.

Mayor Pro Tem Sara Bagheri cast the opposing vote. Bagheri said she held out because of the plan's inclusion of the Denton Energy Center, a natural-gas power plant near the Denton Enterprise Airport, according to the Dallas Morning News.

Denton is the second city in the state to set such a goal. Georgetown was the first. Although most Texas residents live in deregulated markets and choose their own electricity provider individually while paying the current retail rate, cities like Denton that own their own utilities and operate outside of the deregulated market have more sway in negotiating large, wholesale contracts with a variety of electric providers and locking in lower prices for their citizens.

“There are only 72 municipally-owned utilities in the state of Texas, and it is those utilities that have become leaders in being responsive to the requests of customers to pursue renewable energy,” Rogers says. “You see that in Georgetown, Austin, San Antonio, and right here in Denton. When you have a municipally-owned utility, as opposed to an investor-owned utility, you have more flexibility to be responsive to the needs, wants and concerns of your customers, because they are the owners.”

The state’s power grid, composed of all the electricity transmissions lines and substations, pools together the electricity from the state’s various power generating companies, whether they’re burning fossil fuels or not. Each home or business then draws power from the same grid. What Denton’s arrangement does is to ensure that the amount of electricity drawn from the grid by Denton population is replenished only by companies that produce electricity from wind turbines and solar panels.

“About two years ago, the city had come up with a plan which was to go 70 percent renewable and also build a natural gas peaking plant near Denton. There was a lot of outcry given Denton's history and the concerns about oil and gas drilling near cities. But they did go ahead and contract that gas plant and it's actually being built. So this all has a little bit of an asterix in that they are going to do these renewable contracts and they're also going to own a gas plant which they'll sell into the market when prices are high. So it's kind of a financial hedge,” Reed says.

“Overall it's positive in that it's another city along with Georgetown that's made a 100 percent commitment to renewables. But the work's not done because they’re building the gas plant, and also because there are other local solutions that they could be looking at, like building community solar or local solar with batteries and have basically the same advantage as the gas plant and be able to generate power locally when prices are higher. They've chosen not to do that. But it doesn't mean they can't investigate it and do so in the future. So, I think it’s sort of a missed opportunity but a good first step.”

Reed says that although environmental concerns about fossil fuels and their link to climate change is certainly a compelling reason for municipalities to pursue renewable power options, the stability of wind and solar power prices is perhaps the strongest motivation for them to take action.

“For a municipal utility that has a certain number of customers to serve, it makes a whole lot of sense to go renewable because you're locking in long-term power prices at a low cost. So, we're seeing this it's really a combination of grassroots pressure and also just simple economics,” Reed says. “We’ve seen now that Georgetown has done this and Denton has done this, but we also see that the city of Austin has made a commitment to 65 percent renewable energy and this year did a contract for an additional 150 megawatts of solar that came in at the lowest price we've seen in the U.S. thus far – basically at $30 per megawatt hour for a one-term contract and that's that's a tremendously low price, and much lower than you'd get if you were to build a new coal or gas plant. So far the prices have just gotten better and better in the last few years and we've seen wind contracts in the $20 dollar range.”

Rogers says, as part of the DRRP plan, the city will shut down a coal-powered electric plant that the city co-owns with other municipalities. The city is already on course to reach 44 percent of its renewable energy goal by January of 2019 and is evaluating additional contracts to reach the remainder of the goal by 2020.

As to whether customers will see their electricity bills rise or fall when the DRRP is fully in place, Rogers says that the energy plan is designed to provide a buffer against instability in the utility market.

“The energy market is dynamic and prices and can be affected by a number of things outside of our control. However, the DRRP represents the lowest-cost plan for fulfilling our energy needs. Because we are locking in renewable energy at historically low prices, we hope that will mean lower rates for our customers in the future,” Rogers says. “There are risks with any decision. However, the DRRP balances those risks by diversifying the renewable energy supply and locking in historically low prices. Because the DRRP is both environmentally and economically friendly, it is a win-win for the city.”

Reed says that the Trump administration’s imposition of steep tariffs on imported solar panels is a wild card that has recently been dealt to the renewable energy industry. How much that protectionist move will raise solar electricity prices is yet to be seen, but Reed is confident that solar power will remain competitive and that Denton should be able to reach its goal.

"The DRRP represents the lowest-cost plan for fulfilling our energy needs. Because we are locking in renewable energy at historically low prices, we hope that will mean lower rates for our customers in the future,” Rogers says.

Rogers credits Denton’s residents and city leaders for making the switch to renewables a priority and says Denton sees a high rate of citizens participating in the city’s decisions.

“Denton is a very environmentally mindful community. Many of the city’s most popular programs are reflections of and in response to a very active and engaged public,” Rogers says. “Because of those community connections, we have a robust energy efficiency and solar rebate program, significant conservation and education initiatives, a wonderful tree initiative – which is a partnership between the city and Keep Denton Beautiful – and a top-notch recycling program.

“And all of our initiatives are very much designed to provide our citizens with the environmentally-focused, sustainable policies, programs and services that our community has said are important to them. Moving to 100 percent renewable energy is simply another step in our ongoing effort to improve our environment, economy and community.”

“Denton is a very environmentally mindful community. Many of the city’s most popular programs are reflections of and in response to a very active and engaged public,” Rogers says.

Reed says he’d like to see other municipalities follow Denton’s example but that for public policy makers to put such progressive ideas on the table, they need to hear from their constituents.

“I think what this shows is for public policy entities like Georgetown, like Denton and like Austin, this is really a growing movement – that it is possible to make large commitments to renewable energy,” Reed says. “It's from a combination of pressure from people who want to see change and want cities to do something about climate change and protecting the environment, as well as just economics. And I think this is a trend you’re going to continue to see.”

“It's from a combination of pressure from people who want to see change and want cities to do something about climate change and protecting the environment, as well as just economics. And I think this is a trend you’re going to continue to see.”