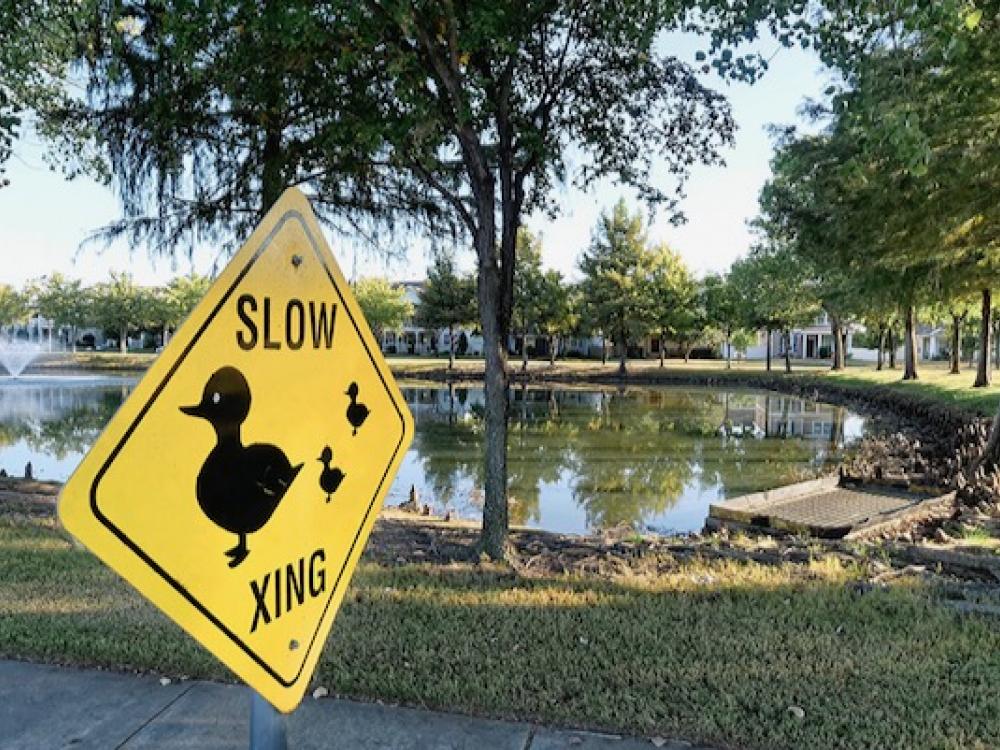 Providence Village was recently recognized for making its ponds safer for ducklings. Photo by J.G. Domke.

A small town in Denton County recently attracted the praise of People for the Ethical Treatment of Animals.

Located between Decatur and McKinney, Providence Village is a small mostly master planned community of more than 1,700 homes, grouped around ponds.

During the spring, it’s not unusual to spot tiny Mallard ducklings in a row following their mother to a pond. The ducklings often live in small shallow ponds where they can find food until they get big enough to venture out on their own.

But in March 2020, Providence Village started getting emergency calls from concerned residents to report duckings chirping in the overflow storm drains in the half dozen ponds in the village. 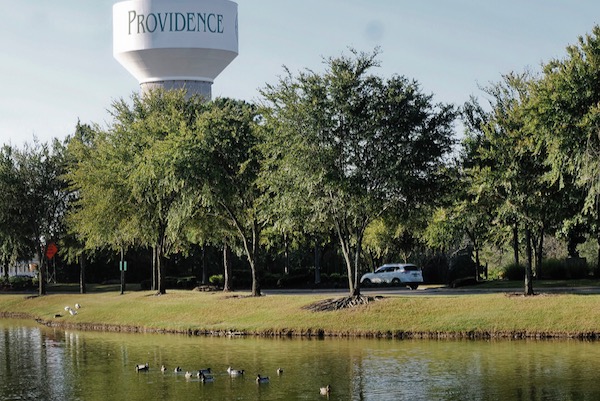 Many of the homes in Providence Village are built around ponds with storm drains. Photo by J.G. Domke.

“It had to have been happening [before], but I’ve been here 17 years, and it’s not something that had ever come up.”

During the pandemic, perhaps more people were working from home and spending time outdoors, walking and observing wildlife.

Not only was the city’s phone ringing off the hook to come rescue the ducklings, some citizens couldn’t wait for help and tried saving ducklings themselves. The city feared there was a risk someone would get injured or trapped inside one of the storm drains.

“It’s just too dangerous, those grates weigh a ton and if someone got underneath it would be devastating," Roberson says. “The duckling issue aside, public safety became an issue as well.”

So with other projects on hold or canceled due to the pandemic, staff had time to be creative and experiment.

They quickly figured out simply spreading a mesh screen over the top of the pond drain would block the water overflow during a heavy downpour. They tried making a frame out of PVC pipe and it kept floating off the drain. They contacted PETA and asked their waterfowl expert for advice.

“They said they’d never seen a situation like this before,” says Roberson. “So we kept trying different things.” 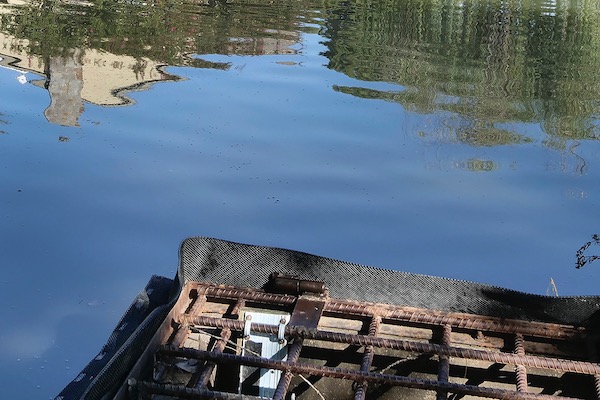 A product designed for sediment control was used to create a fence around the pond grates, where overflow water drains. Photo by J.G. Domke.

After some research, they discovered a product designed for sediment control produced by ERTEC that is effective, cost-effective, durable and easy to maintain, according to the city's website.

As an added bonus, the product is made from recycled materials, is reusable and is recyclable.

Called the Hard Surface Guard, it is a patented “system to provide sediment control on hard surfaces around construction sites” says the company. It creates a ridge, which will flatten down when a truck drives over and them pop back up. Once attached to the drains, the wide strips of black mesh screen created a short fence around the drain.

Klayton Rutherford, a PETA staff member who works remotely for the nonprofit from his home in Providence Village, had moved from Virginia to Texas to be closer to his wife’s family. Rutherford is a research associate for captive animal law enforcement nationwide but was interested protecting animals in his hometown.

“I heard about it because I live here and everyone was talking about it,” he says, but admitted the solution came from the community. “This idea was all the town’s idea.”

“PETA coaches them on what to do. Usually, the mother duck is standing right by, frantic not knowing what to do,” says Rutherford.

He said cities usually install a ramp inside the drains so the ducks can climb out.

By February 2021, all the storm water grates in Providence Village had been surrounded with the repurposed sediment control guards and this year, they had no calls to rescue ducklings.

Rutherford said the city did the right thing.

“It is our responsibility to correct this situation because it is a man-made problem, and we need a man-made solution.”