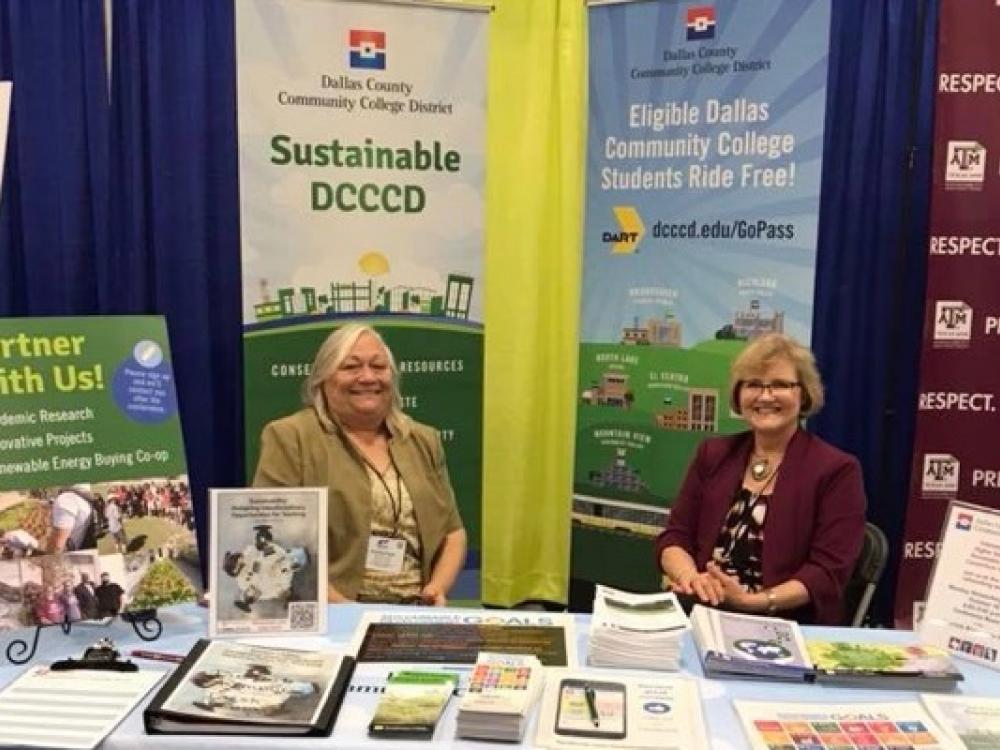 Dallas County Community College District is gearing up to expand its sustainable footprint in 2018 with the hiring of Georgeann Moss as the new executive administrator for Sustainability Outreach and Initiative.

The former director of DCCCD's Internet Publishing and co-chair of the community college's Sustainablity Team, is taking on the recently created full-time position, after serving as a catalyst for sustainability at DCCCD for 20 years

“My earliest recollection of conservation is when my Grandma taught me not to waste water. She said ‘If you had to pull your water up in a bucket like I did, you wouldn’t waste,” Moss remembers. 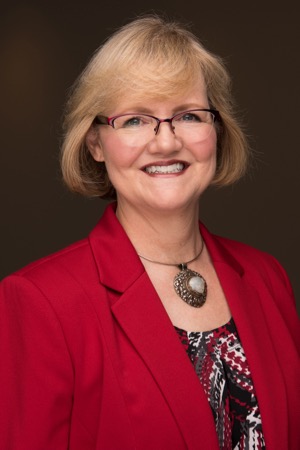 However, Moss said she really caught the “sustainability bug” when she worked for the city of Dallas.

“That’s when I was teaching water conservation, and that’s why I was interested in the job. The more I worked there, it just deepened my desire to be a proponent for sustainability.”

When she was hired at DCCCD in 1998, her sustainable advocacy continued, though her job did not require it. Because she had a lot of contact with community activists when she worked for the city of Dallas, it was easy and natural for her to maintain those contacts with DCCCD.

“In 2000, we [DCCCD] started hosting the Sustainable Dallas Conference,” she says.

She adds that DCCCD has always been supportive of sustainability initiatives, even before it came into vogue.

“When I first came to DCCCD, they had all kinds of facilities initiatives in place – recycling, lights that turned off when you left a room. This is something that DCCCD has done for many years. Dr. Justin Lonon, my supervisor, has been the executive sponsor of the DCCCD sustainability team since 2007, and Chancellor Joe May is also very supportive of sustainability.”

Moss found sustainability supporters when she first came to DCCCD by sending out a district-wide email, asking interested people to come to a meeting. She remembers that 20 to 40 people attended.

When Moss held a full-time position in Internet Publishing while co-chairing DCCCD’s sustainability team, she admits she had a lot on her plate, but because she loved her work so much, she made time to get everything done.

"Presently, within DCCCD, we have seven colleges, five of which have full-time dedicated sustainability people."

“Because I had a great staff that was able to help with all the communication, even though it was hectic, I never thought of it as being so.”

She said one of her biggest accomplishments at DCCCD has been creating partnerships.

“I have been able to ultimately work with faculty, departments, purchasing and the Chief Financial Officer – it’s a partnership, and that’s how I’m getting things done. It’s not just me, but fellow employees and departments working collaboratively. If you think about it, it takes a lot of people to produce a sustainability summit, and it’s pretty amazing that we were able to get so many volunteers. It took a long time to develop a sustainability policy, and we’re going to take that to the Board for approval in the very near future.”

The new executive administrator of Sustainability Outreach and Initiatives position came about when Dr. Justin Lonon realized that DCCCD had a great track record in sustainability and he knew that many more things could be accomplished at a faster pace through the new position.

Moss beat out people from across the country who competed for the new job.

Moss beat out people from across the country who competed for the new job.

“I applied for the position, along with others across the country. I’m very proud and honored that I was chosen.”

As new executive administrator, Moss will now have more time to work on issues. One of those new issues is eliminating food deserts in South Dallas through project City Square, wherein non-profit grocery stores will come into play.

“Sustainability is a three-legged stool – it’s about people, planets and profits. In order for anything to be sustainable, it has to be about those three things. When people don’t have access to good food, there’s a big problem. We’re working with City Square to help train people for jobs in non-profit grocery stores and act as a workforce development partner.”

DCCCD is trying to regenerate resilience partnerships with municipalities. The infusion of sustainability into all curricula will also continue.

“When you are passionate about what you do, it doesn’t seem like work,” Moss says.

For more information on what DCCCD is doing in sustainability, visit the DCCCD Sustainabilty webpage.