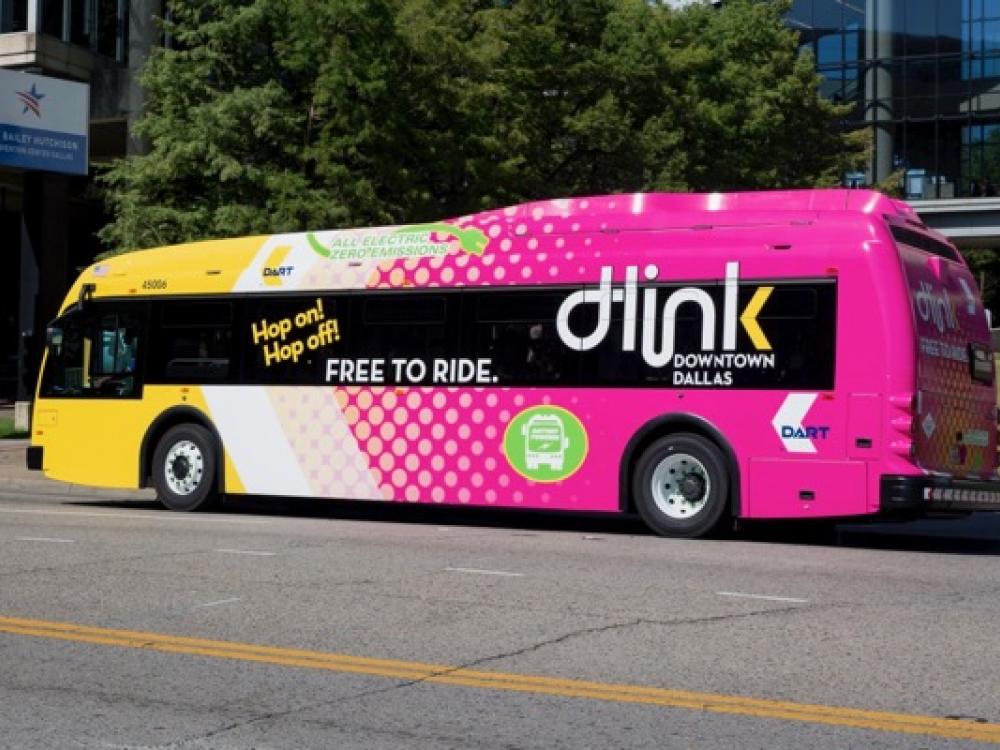 DART took another step in sustainability last week by adding seven electric buses to its fleet.

Now it's pollution-free too.

The electric buses are partially funded by a $7.6 million grant from the Federal Transit Administration’s Low or No Emission Vehicle Deployment Program that also funded the infrastructure for two overhead chargers installed at the Convention Center Station. The seven 35-foot Proterra Catalyst models are manufactured in Greenville, S.C. and join DART’s electric light rail trains as zero-emission vehicles in DART’s transit fleet.

Ball said with the light rail system, the CNG buses and the new e-buses, DART has made significant strides to reduce emissions.

“We have actually focused on and expanded our clean fuel program for almost 20 years. We built and managed the city of Dallas street car, which is part electric and part battery, the first of its kind in the country,” explains Ball. “We set the pattern for other cities.”

The electric buses utilize six Toshiba lithium ion batteries on the bottom and two on the top and take about five minutes to charge, half the time it takes to refuel compressed natural gas-powered buses.

The e-buses are recharged at the Convention Center Station following each 19-mile loop, well within their 30-mile battery range. Bell said the biggest difference for bus drivers is learning how to pull the electric buses into the bay where the two overhead chargers are and make the connection.

“Thus far, as far as operation, there have been no issues, but the system is new,” says Ball.

Each electric bus costs $971,000; the compressed natural gas buses cost $480,000 each. Despite their higher cost, Ball says the e-buses are a nationwide trend.

Morgan Lyons, assistant vice president of external relations for DART, said that one of the biggest benefits of the buses is that they could improve air quality.

“Anytime you’re able to bring in a vehicle that produces zero emissions and are able to move hundreds of people a day, that’s pretty significant.”

Stay up to date on everything green in North Texas, including the latest news and events! Sign up for the weekly Green Source DFW N