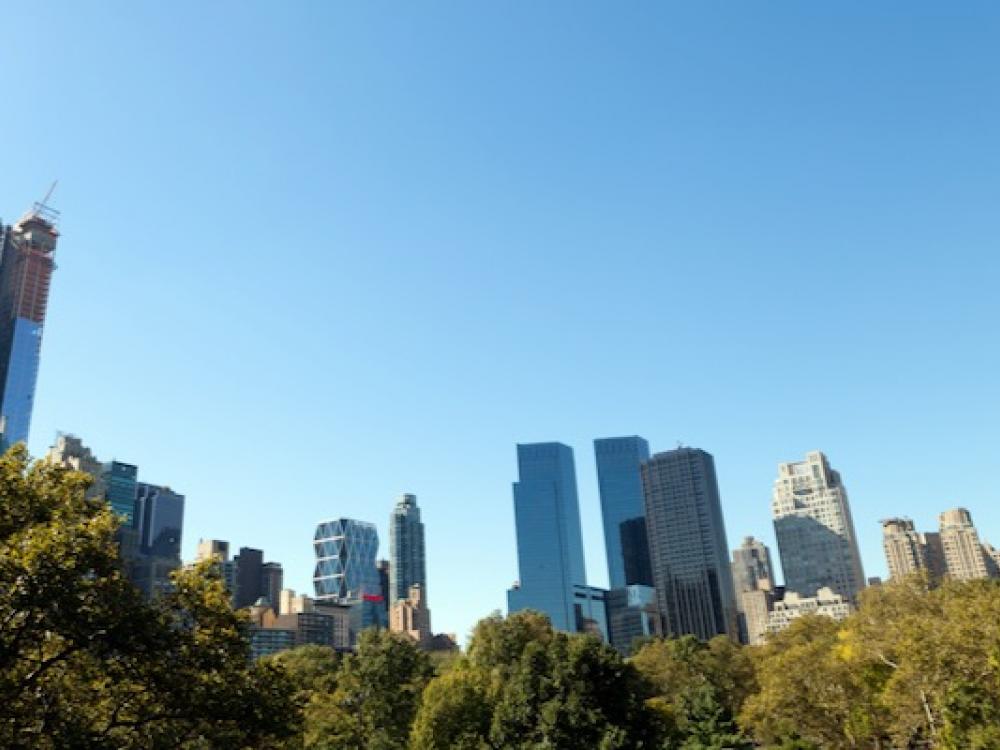 The Urban Forest Master Plan, adopted earlier this month, aims to expand the tree canopy from 32 to 37 percent. Photo courtesy of Storyblocks.

Dallas could become greener, cooler and healthier under a new plan recently adopted by the city council.

The city's Urban Forest Master Plan will expand tree canopy coverage on land in Dallas from roughly 32 percent to 37 percent in the next decade as the city prepares for a warmer climate and more extreme weather events brought about by global warming.

In addition to expanding the tree canopy, the plan also combines tree policies formerly handled by half a dozen different city departments and places them under the authority of a single tree task force that reports to the city manager, a move that promises to eliminate ambiguity for both residents and developers over how trees can be maintained or removed within the city limits.

At the forefront of the plan is a city-wide tree inventory process to determine the current species of trees in the city and accurately gauge just where the city stands in meeting its tree canopy goals.

The plan does not introduce any new tree ordinances, says Susan Alaverz, assistant director for the Office of Environmental Quality and Sustainability for the city. But she says once it's completed, the tree inventory will give the tree task force a clearer understanding of what measures the city needs to take to ensure that Dallas sees only gains, not losses, in the total tree population.

“So what it is, is back in June 2018, when the city passed the update to the tree and landscape ordinance, otherwise known as Article 10, there was a clause in the portion of that ordinance that related to the reforestation fund that indicated that the city would develop an urban forest master plan to help guide the efforts coming out of that fund moving forward. So the plan is to help guide with our planting, where we're protecting and trying to preserve trees, and basically, in my opinion, a holistic circle-of-life relative to trees in Dallas,” Alvarez says.

Alvarez says the city-wide tree inventory will document the diversity of tree species along with their age and health, and more accurately quantify just how much land in the city limits is currently protected by a tree canopy.

Maintaining the existing tree coverage and expanding the canopy are key elements in the city’s preparation for predicted climate change. More trees will also bring multiple benefits to the city’s residents and businesses.

“One is, Dallas is number two only to Phoenix, Arizona, with respect to heat island impacts. And a lot of our area that is the center of that heat island mapping is a part of Northwest Dallas, which is highly impervious – no trees. And so it's critical [for] that.

It's critical from an air quality standpoint. And then also, as we look at increasing climate impacts, trees can sequester carbon. So the more trees we have sucking carbon out of the air, the less likely we are as a city to get the weird weather that we've been having.

So trees do a lot of things. The other things that they do is they temper the urban hydrologic response so that when we get rain, if you've got a bunch of trees, some of it gets stuck to the leaves and branches and stuff, a lot of it gets sucked into the ground. And then over time, the trees also take up a lot of water. And that's good overall because it helps reduce the amount of water running off from an area.”

Alvarez says trees provide a lot value to the city overall and should be considered part of the infrastructure.

“So, it goes beyond aesthetics — it goes to public health. It goes to air quality, water quality and reducing flooding. It really is a holistic solution to a lot of things that we're worried about right now in Dallas,” she says.

Alvarez expects that the city’s tree policies will be amended once the tree inventory is complete. The inventory, though, may take years to conduct.

“One of the things we're looking at is potential updates to Article 10. Article 10 has actually been around since the 1980s. We've tweaked it. The most major adjustment to it was in 2018 when they set up the reforestation fund.

I anticipate once we have a better handle on how many trees [we have] and where they are etc., that we will probably go back in and make necessary revisions once we have that information, but we're not there yet,” she says.

The Urban Forest Master Plan is also fulfillment of one of the goals of the city’s Comprehensive Environmental and Climate Action Plan aka CECAP, which passed in 2020. Alvarez says the expanded tree canopy is a major component for implementing the plan which relies in part on nature-based resources.
“One of the goal areas of the climate plan is basically urban green spaces. Most climate plans focus on mitigation measures to reduce emissions. Some do mitigation and adaptation — and adaptation is those things that you do to make it better so that you can weather a storm more easily. As we started looking at things that we were already doing and benchmarking in other cities, we realized that we actually had another category, which is environmental quality, because we looked at the things that we could do like nature-based solutions that will help us reduce emissions and help us adapt to a scarier future. And a lot of those are things like more parks, more green space, more ponds, so that we manage our water in a more natural way,” she says.

Rachel McGregor, urban forestry manager for the non-profit Texas Trees Foundation, which approached the city of Dallas about partnering on the plan, says she’s pleased to see Dallas rely on trees as a natural resource for improving the quality of life in the city.

Trees, she says, shade surfaces and thereby reduce the so-called heat island effect where rooftops, concrete and asphalt intensify outdoor temperatures during the day and release stored heat throughout the night, leading to insufferable nighttime temperatures.

Trees also transpire: water evaporates from leaf surfaces, causing a cooling effect in the air that flows through their branches, thus producing a noticeable temperature drop in forested areas.

Trees also take heat-trapping carbon dioxide out of the air and sequester the carbon in their tissue.

Trees can also filter the air of pollutants, such as particulate matter and ozone.

“There are like 10 chronic illnesses, and the top five of those can all be addressed with trees,” McGregor says, adding that the city has an estimated 79,000 school-age children with asthma symptoms that can be mitigated with cleaner air.

McGregor says the Urban Forest Master Plan is also a means to ensure city leaders stay on course for meeting the goals of CECAP.

“There are 14 different recommendations in the master plan. And even during the city council, when they were discussing all of that before unanimously accepting the plan, it was made clear that this plan won't just sit on a shelf and get dusty,” she says. “We're going to be able to hold them accountable for getting these recommendations done.”

McGregor says that an estimated 70 percent of the 14 million trees currently in the city limits are on private property. Private and public partnerships will therefore be necessary to reach the tree canopy coverage goals.

“We're all in agreement that the City of Dallas needs to be cleaner, greener, healthier and cooler for everyone,” she says. “We all have a hand in this.”