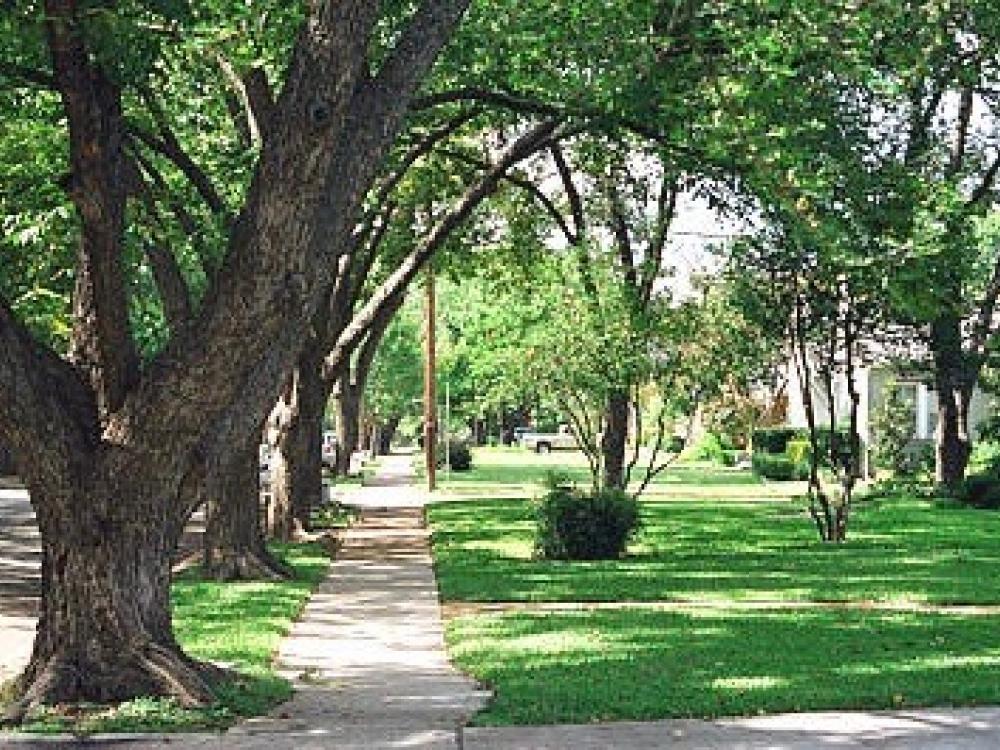 Until now, Dallas had one urban forester for the entire city, and a few arborists who work solely to ensure developers comply with the city’s tree ordinance. The new forestry division starts with a half million dollar budget and a staff of three to five people, says Larry Hochberg, chairman of the city’s Urban Forestry Advisory Committee. UFAC developed the original proposal and advocated for it at City Hall.

“It’s pretty phenomenal, given the city’s budget constraints,” says Hochberg. “Over five years we’ll scale up to comparable size with other cities.”

Last May, the Committee proposed a 20-person, $2.1 million department within the Park and Recreation Department. By the deciding November City Council budget hearing, the plan was revised to a phaseable start-up, in view of the city’s funding shortfall. Houston, Fort Worth and Austin spend from $1.4 to $12.5 million annually to care for city trees, with staffs of up to 30.  All but Houston’s are part of their Park and Recreation departments.

The Urban Forestry Division is responsible for overseeing and maintaining all city trees on public rights-of-way. This includes identifying planting sites, assessing tree health and teaching citizens and staff about tree maintenance and best planting and care methods.

“It’s a big deal to us,” says Steve Houser, a certified arborist and past chairman of UFAC who has advocated for forestry staff and tree protection by the city for some 20 years. “The measure passed a budget meeting of the full City Council. They all spoke, with no opposition.”

The Urban Forestry Division is responsible for overseeing and maintaining all city trees on public rights-of-way. This includes identifying planting sites, assessing tree health and teaching citizens and staff about tree maintenance and best planting and care methods.

Expansion of Dallas’ street tree care in an established division will improve use of a $5.2 million fund dedicated to tree replacement. Under the city’s Landscape and Tree Preservation Ordinance, developers are required to mitigate tree removal by contributing to the city’s Reforestation Fund.

“Over the past three or four years, that fund had grown from $1 million to more than $5 million,” says Hochberg. “There was a dearth of projects for which those funds could be used…no mechanism to bring requests to that fund and no organization in the city drumming up projects. Now we’ve got that mechanism.” 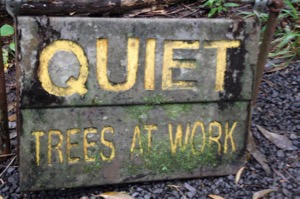 The public drumbeat for tree care has grown louder the past couple years, raised by citizen groups and public organizations. Urban tree canopies are powerful agents for public health and structural and economic benefit, especially in rapidly developing, fast-warming and smoggy Dallas. Two respected research, education and policy entities brought this home in 2015 and 2016. Texas Trees Foundation, based here, and national Trust for Public Land, newly expanded to Dallas, spelled it out in research studies employing high-tech modeling and geographic information system technology. Dallas has 14.7 million trees, with a $9.1 billion structural value, Texas Trees Foundation revealed in its 2015 report “State of the Dallas Urban Forest.”

Environmental services provided by Dallas trees mounted up to an additional $36.1 billion value annually. That’s the quantifiable value of services such as filtering air pollutants, reducing energy consumption, prolonging the life of hardscape and reducing rainfall runoff so that water percolates back into soils and the aquifer. Trees remove carbon from the atmosphere. They abate the urban “heat island” effect of sun-baked pavement that makes Dallas the third fastest-warming city in the U. S., according to studies by EPA and Houston Advanced Research Center.

In a city ranked 7th in the U.S. for ozone pollution, TTF valued the health benefits of air purification by trees in Dallas at $15 million annually.

Currently, the urban tree canopy cover averages 29 percent, according to TTF’s 2014 i-Tree Eco study. But the distribution is lopsided. The Great Trinity Forest has 46 percent tree cover but in North Dallas, there’s only 17 percent shade.

Other Texas cities have goals for tree canopy cover. Fort Worth’s is to maintain a 30 percent canopy cover. Austin’s is to increase coverage to 38 to 40 percent.

So street trees are only part of the picture.  But one that will see significant increases in planting and care as the Urban Forestry Division rolls into action.

UFAC’s orIginal proposal included bringing into the Urban Forestry Division the arborists now housed in the Sustainable Development Department. Houser and others back the change to provide arborists professional independence, unbiased by the department’s development mission.  It did not happen, but may be included in the revision of the city’s Landscape and Tree Preservation Ordinance. Article X, as it’s called, regulates developers’ treatment of trees and their removal.

Tree experts, including Houser, have long pointed out the ordinance contains no provisions for actual preservation of existing trees.

“It’s a mitigation ordinance, not a preservation ordinance,” Houser was quoted In the Dallas Morning News last May. Revision of the ordinance, begun in February 2015, is almost complete. Of the improvements envisioned, “we’re close to getting it done,” says Houser.

Every Mavericks’ three-pointer plants another tree in Dallas