Dallas shoppers dash to Green Grocer to save it from closing 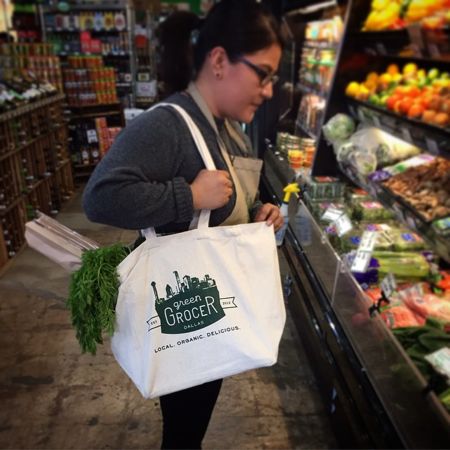 Green Grocer contacted their supporters at the end of May to ask for help keeping their business going. Photos courtesy of Green Grocer.

During the last week of May, Cassie Green, co-owner of Green Grocer, sent out a plea to her customers.

“This is not an easy letter to write ….” it began. 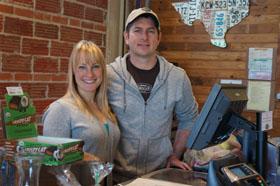 Many fans of the green food store on Greenville Avenue in Dallas were shocked to learn that the business was struggling.

Right, Cassie Green and her husband, Gary Stephens, just after their launching their business in 2013. Photo by Phillip Shinoda.

“I write because if a business that I loved was on the cusp of folding, I would want to know so that I could make a decision myself if I wanted to help keep them in business,” wrote Green. 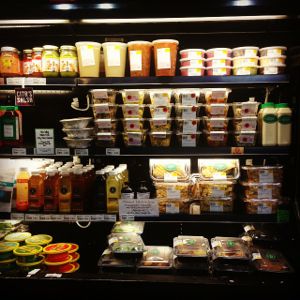 Prior to opening their store in Dallas, Green and her husband, Gary Stephens, had been running a modest little organic food store in their neighborhood in Chicago. One of their partners, Artizone, told them there was a need for a store selling local and organic produce in Dallas where the food provider was based.

The couple took them up on the challenge, moved to Dallas and opened in January 2013. At 3,500 square feet, the store was nearly four times the size as their Chicago venue, featuring extras such as an espresso bar and a prepared food case.

Like their previous venture, the inventory was carefully curated, featuring nearly exclusively organic foods, local produce when feasible and no GMOs. 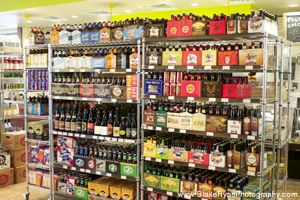 Despite Green Grocer’s high quality fare, since it’s been open, expenses have exceeded sales. For three years, the owners have foregone salaries, relying on their Chicago store for income.

Like a scene out of It’s a Wonderful Life, Green Grocer followers heeded the call the action. The following Saturday, customers poured into the store, resulting in the second biggest sales day since their grand opening.

Green was in Chicago when her husband called to let her know what was happening.

“I started crying when he told me what our sales were,” she said. 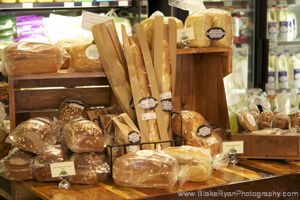 The following week, sales continued to be above average.

Green said if sales keep up at that pace, they will stop losing money. However, they still need to grow.

“We have to be profitable so we can give people raises and buy new equipment when things break down.”

They recently hired a general manager so Green would have more time to market the business.

For now, they will have to wait and see if the increased sales can be sustained.

“People cared enough to come in but we need them to keep coming in.”

Green Grocer is located at 3614 Greenville Ave. in Dallas.