As one of the most successful movie producers in Texas, Michael Cain is on a mission. Having produced more than 20 feature length films for HBO and Showtime, the Dallas native is part of the new generation of filmmakers who not only support quality movie making – but hope the world becomes a better place because of their projects. 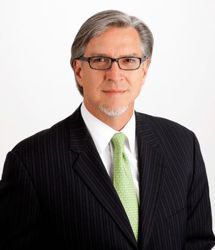 So it’s no wonder that Dallas-based environmentalist and businessman Trammell S. Crow chose Cain as cofounder of his new eco-film festival. EARTHxFilm will coincide with Earth Day Texas, Crow's most well-known environmental initiative and the largest Earth Day event held anywhere. Cain and Crow had previously worked together on other EDTX initiatives, including transitioning Earth Day Dallas into Earth Day Texas.

Dallas native Michael Cain is the director of the EARTHxFilm festival.

“After the experience of helping guide Trammell and Earth Day Texas [with previous projects], I got excited about the possibilities of bringing Hollywood as well as international film and media organizations to Dallas and EDTx,” said Cain. “I was also really impressed with the current team lead by new CEO, Ryan Brown. Trammell's a visionary and I like partnering with visionaries.”

EARTHxFilm is not Cain’s first foray into the world of film festivals. After spearheading multiple public venues over the last decade, he has been named one of the nation’s Top 10 Film Festival Programmers. While president of The Dallas Film Society, Cain helped guide the Dallas International Film Festival for several years. Through his leadership, DIFF has become one of the top film festivals in North America, often highlighting projects of social significance.

For his own part, Cain has spent much of his time on films that were socially impactful in positive ways and helping to promote other filmmakers who have been doing the same. Though he has worked with such luminaries as Ridley Scott and David Dobkin, he can often be found on more specialized features such as Bigger Than Water, his current project in partnership with Trammell S. Crow, about the water crisis in Flint Michigan.

“I believe that film and media are the strongest tools in the quest to help change the hearts and minds of the public toward a more sustainable future,” said Cain. “I also have two young daughters and I believe that I have a responsibility to do whatever I can with the tools I have to provide them a better future.”

Look and See: A Portrait of Wendell Berry is one of the films showing during EARTHxFilm. 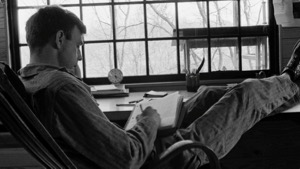 This is the third year that EDTX will showcase environmental films. In 2015, it hosted the Texas premiere of Racing Extinction, produced by the Academy Award-winning filmmakers of The Cove. Last year, Gardeners of Eden, a journey inside the operations of Kenya’s David Sheldrick Wildlife Trust which saves elephants, and In How to Let Go of the World and Love All the Things Climate Can’t Change, by Academy Award-nominated director, Josh Fox (GasLand), were just two of the showings.

“They have shown some very strong films in the past but they were not really integrated into the experience. This year, we are programming 30 experiences made up of feature films, shorts, panels, workshops, music, art and a new EARTHxGlobal Gala in partnership with Global Green.”

For 2017, EARTHxFilm will expand to a 5-day/night event that will offer film premieres, outdoor screenings, an eco-virtual reality spotlight, music, art, youth filmmaking workshops and competition and a green celebrity gala capped off with an awards ceremony. Scheduled celebrities include environmentalist Paul Watson, film director and son of Robert Redford, Jamie Redford and eminent marine biologist and author, Sylvia Earle, among many others. 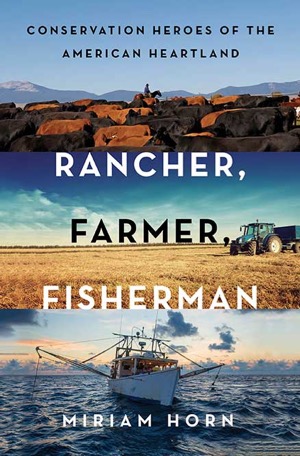 EARTHxFilm will run from April 19-23 and is integrated within the main footprint of EDTX in Historic Fair Park and venues within the city of Dallas. The festival will highlight video and other emerging media that cover a variety of eco topics from science and nature to some of the movers and shakers of the environmental movement. The aim of the festival is to inspire individuals to action and to leave a lasting impression that goes beyond Earth Day itself.

About: Inaugural festival held in conjunction with Earth Day Texas featuring filmmaking workshops, classes, a 72-hour film race and an online short film competition with awards and cash prizes. The event will also showcase films and emerging media that explore conservation, climate change and the environment. Two of the films announced include Rancher, Farmer, Fisherman and Look and See: A Portrait of Wendell Berry.

Where: Earth Day Texas at Fair Park in Dallas