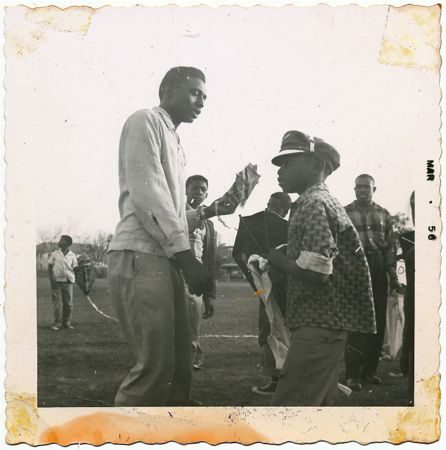 The Boone Family Foundation and the Rainwater Charitable Foundation have joined to present a gift of historical interpretive plaques to the city of Dallas at seven city parks that were once designated as “Negro Parks.”  Above, Kite flyers at Oak Cliff Negro Park in Dallas, 1956. Photo courtesy of Eloise Lundy Recreation Center.

A historical preservation project regarding Dallas parks is now underway and the organizers are seeking the public’s help in gathering personal stories.

Dubbed the Dallas Historical Parks Project, the effort is funded by the Boone Family Foundation, an organization that promotes environmental stewardship through the enhancement of public green-spaces, as well as the Rainwater Charitable Foundation, a group with a mission to improve the lives of children through education.

Together these two organizations have joined to present a gift of historical interpretive plaques to the city of Dallas at seven city parks that were once designated as “Negro Parks.”

“The Dallas Historical Parks Project is connected to a larger initiative spearheaded by the Boone Family Foundation and the Embrey Family Foundation called Dallas Faces Race,” said co-project manager Lauren Woods. “This is a coalition of 250-plus non-profit institutions in various sectors of society such as arts, culture, education, policy, health and social justice that are committed to pushing Dallas to start making progress towards a more racially and socially equitable society.” 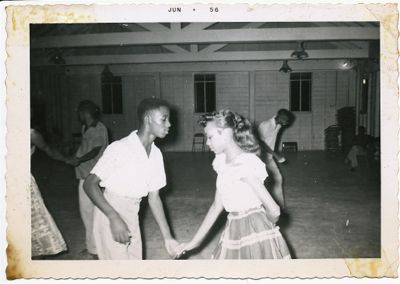 The plaques will be permanently installed in seven public parks:

• Exline Park, founded in 1923 in a predominately Jewish community designated as a Negro park in 1953,

According to Woods, reflecting on the Black residents who advocated for the creation of these green spaces as refuge away from spaces that white residents took ownership of, as well as the cultural expression that occurred within them, can shed light on the civic life of Dallas African-American communities and may offer lessons for the city.

“Public green spaces are important because they bring people together,” says Woods. “As they are usually sites of recreation, parks invite people to come in the spirit of play and celebration. Bridge building is fostered in these public displays of community.”

That history began between 1915 and 1953 when the city of Dallas built or designated nine parks as "Negro Parks" in areas like East White Rock, which is now called "Uptown," Oak Cliff, Elm Thicket in North Dallas, which is now Love Field, South Dallas and West Dallas. Eight of these parks still exist today renamed.

According to Woods, unlike “colored-only” signs that drew ire from 1950s and '60s Civil Rights advocates, the designation of Negro Parks initially had a positive connotation to the early 1900s Black community because it meant a safe haven, where they could enjoy themselves without the threat of physical or psychological violence. 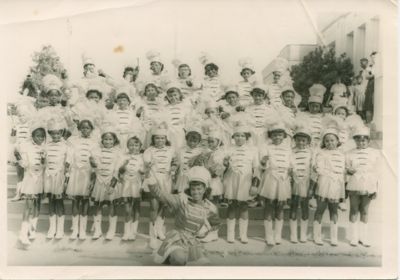 “At the time the parks were considered ‘separate and unequal,’ but were used for play and recreation, sports, Easter egg hunts, ‘beautiful’ baby contests, square dances, outdoor theater and literary events, political events, family reunions, school photos, community dinners for elders of the community who were once enslaved, Negro Chamber of Commerce fundraising events and religious gatherings,” said Woods.

The parks were desegregated in 1955, when the United States Supreme Court made a number of rulings striking down segregation of public facilities, one of which was public parks. 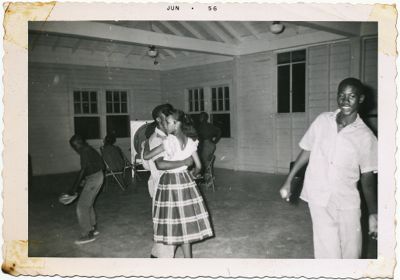 Now, in order to remember the significance of these segregated green spaces, a team of three, including Woods is researching and putting a call out to the broader DFW community to participate by donating from their personal family collections and allowing them to document oral histories of the times when these parks were in use.

Other team members include Dr. LaTrese Adkins, historian and Cynthia Mulcahy, independent curator and conceptual artist. Woods is the part of the team producing the content for the plaques as well as public programs.

Woods encouraged Dallas residents to take part in this project by offering their oral histories and memorabilia that document the use of the parks before 1970.