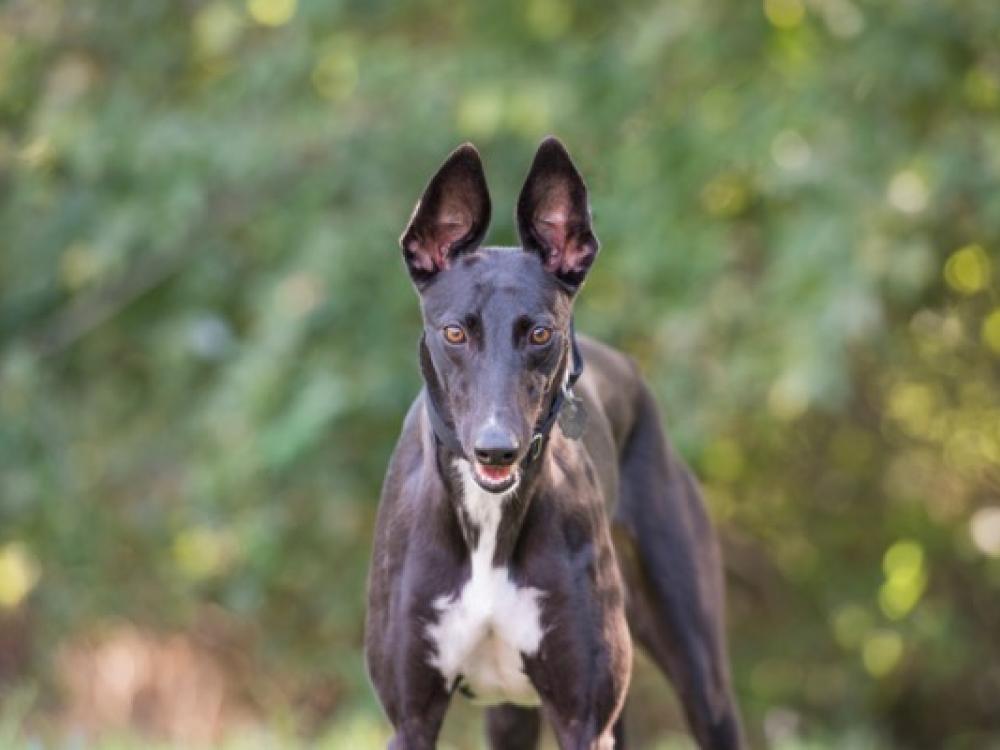 A greyhound fostered by the Dallas-based Greyhound Adoption League of Texas. Photo by Mark Nardecchia of Shagly Pet Photography.

If you have ever seen a greyhound, you know the beauty and majesty of this athletic breed of dog. Unfortunately, people have exploited their unique traits for entertainment since the first dog track opened in 1919 in California.

Carey Theil, executive director of GREY2K USA, a national nonprofit organization formed in 2001 with a mission to end dog racing worldwide, said currently there is only one dog track open in Texas, Valley Race Park in Harlingen.

“At the industry's peak, nearly 65 dog tracks were operational in 19 states,” Theil said.

Greyhound racing was never outlawed in Texas, but it did end in 2015 for nine months before resuming again at the end of 2016.

Today, there are a myriad of greyhound adoption groups, including four in North Texas, that find homes for dogs no longer wanted by what animal advocates call a cruel industry – The Greyhound Rescue Society of Texas, aka Greyhounds Unlimited; Texas Italian Greyhound Society; Texas Adopt a Greyhound Society, Inc. and the Greyhound Adoption League of Texas.

The latter was founded by Dallasites John and Susie McQuade in 2001. The organization also works throughout Texas and the United States and has placed close to 3,000 greyhounds in homes since its founding.

Next month, the Greyhound Adoption League of Texas will host its largest fundraiser of the year at III Forks. Now in its 16th year as the organization’s main fundraiser, this event's special guest this year is Sacremento Kings assistant coach and two-time Olympian Nancy Lieberman.

“We hope to raise $75,000, which directly goes to the medical care of greyhounds waiting for there forever homes,” said Susie McQuade.

McQuade and her husband got involved in rescuing greyhounds when they met a friend’s greyhound and adopted one soon after.

“We have had as many as six at one time, but currently have two,” McQuade said. ‘We have experienced the love of 16 greyhounds over the years.”

The McQuade's save greyhounds from Texas, Florida, Oklahoma and Kansas.

It is important for rescue groups like the McQuade’s organization to find homes for the greyhounds, but it is a slippery slope to make sure they are allowed access to the breed upon the dog’s retirement.

Because of that, Theil said it makes sense for greyhound adoption organizations, like the Greyhound Adoption League of Texas to have a neutral stance on dog racing. 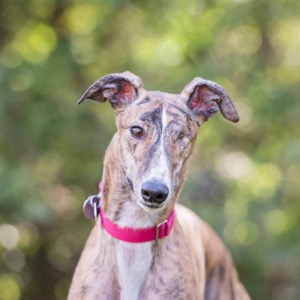 “Unfortunately, the racing industry has politicized greyhound adoption. Over the past few years, dog race promoters have stopped giving dogs to greyhound adoption groups that speak out about animal cruelty,” Theil explained. “Instead, the industry now gives dogs to groups that it knows will defend it, or won't speak out. Many of these groups won't even use the word rescue, because they either don't want to offend the industry, or because they believe industry misinformation.”

Some of the retired greyhounds show visible scars from their racing days.

Every major humane organization, including the U.S. Humane Society and the ASPCA, opposes greyhound racing.

There are countless reasons why. For example, to cut costs, the commercial dog racing industry uses standard boarding practices that are cruel and inhumane.

“At every racetrack, hundreds of dogs are kept in warehouse-style kennel compounds,” Theil explained. “At these facilities dogs endure lives of confinement, and are kept in rows of stacked metal cages for long hours each day.”

In most cases, the cages are barely large enough for the dogs to stand up or turn around, and measure roughly 34 inches by 32 inches by 42 inches. Greyhounds are confined for up to 22 hours each day in these cages.

Because of these conditions, retired greyhounds have some special needs.

“As sight hounds they cannot be let off a leash in an unenclosed area,” Theil said. “Greyhounds have no body fat either, so just as humans are, they are susceptible to heat and cold.”

Theil assured that greyhounds make wonderful companions – that is, if they survive a life of racing.

Overall, today there are still 19 operational dog tracks in six states and Greyhounds do suffer serious injuries while racing. Reportedly 2,605 greyhound injuries were reported at Texas dog tracks between 2008 and 2015 and during this time 804 dogs suffered broken bones and 115 dogs died or were euthanized.

Other problems with dog racing include the use of anabolic steroids in female greyhounds and the use of cheap "4-D" meat from downer animals as a primary food source.

Fortunately, according to Theil, greyhound racing is a dying industry. Since 1991, gambling on dog racing has dropped by 83 percent and dog racing is now illegal in 40 states.

Greyhounds are good pets with even dispositions. In fact, McQuade said these dogs have been a favorite companion for more than 4,000 years.

“I have a rescued greyhound myself and cherish every day with her,” Theil said. “Greyhound adoption groups do amazing work finding homes for these dogs and deserve our gratitude and support.” 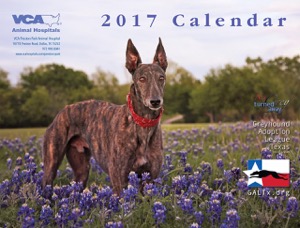