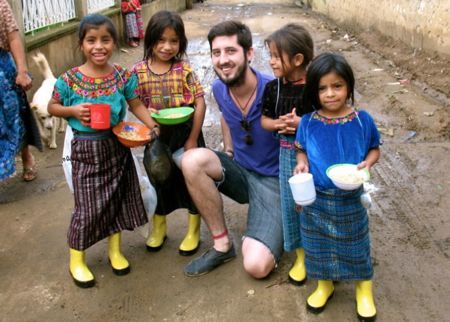 Samuel Bistrian, the Dallas-based founder of Roma Boots, donates a pair of eco-friendly rain boots to a child in need for every pair sold. Courtesy of Roma Boots.

Some folks never really find their true calling, but Samuel Bistrian, a Dallas-based Romanian born boot maker, has been able to do exactly what he loves to do. In 2010, he combined his love of fashion and desire to help others – all while making eco-friendly footwear available to consumers.

Bistrian grew up in a remote village in pre-revolutionary Romania in a large family and says he experienced first-hand the struggles growing up in poverty in a communist-ruled country. Even though Bistrian and his family immigrated to the United States when he was only eight years old, his parents taught him and his 11 brothers and sisters to never forget their beginnings.

“To display gratitude for the opportunities given and to always give back to those less fortunate,” Bistrian remembers.

In 2001, Bistrian returned to his motherland for the first time since moving to America and though the country was no longer under communist rule, he saw that much poverty still remained. He also saw street children and orphans walking in the rain and snow with inadequate shoes or no shoes at all. He never forgot those children. 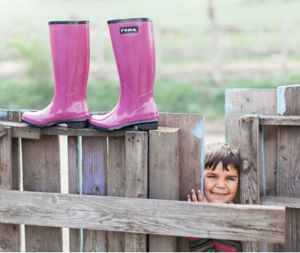 While working at Neiman Marcus in 2009, he met Blake Mycoskie, founder of TOMS Shoes. Inspired by the “buy one, give one” model popularized by TOMS, he left Neiman Marcus to found Roma Boots, a company that donates a pair of rain boots to a child-in-need for every boot sold.

“Typically third world countries or developing countries with pockets of extreme poverty are where the boots are sent,” Bistrian explains. “Rain boots are the most essential footwear for children living in poverty. These boots are sanitary, functional, practical and durable. They can be handed down from older siblings.

Above and below, Roma Boots' 100-percent natural rubber rain boots come in 10 colors. 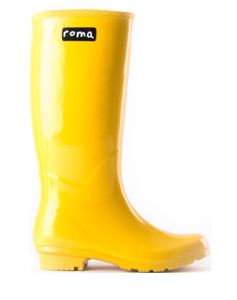 The rain boots are made from 100 percent natural rubber, which is considered to be a renewable resource. They are made in a fair trade factory and packaged in boxes made of recycled material. The boots, which feature a cotton lining, contain no PVC, are vegan and cruelty free. According to Bistrian, this is all deliberate on his part.

“Since Roma Boots is a social enterprise, it only makes sense to use eco-friendly products as we want to use ever opportunity to make the world a better place.”

After just five years now, the company’s business model has enabled them to help children from as many as 20 countries and four continents around the world.

“We receive hundreds of emails from churches, charities, organizations and individuals who are in need of boots,’ Bistrian said. 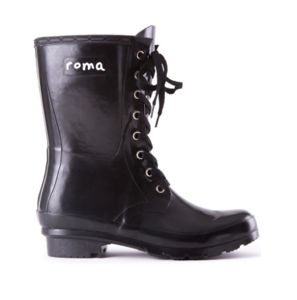 The new styles he has recently created also offer customers more variety too. The Roma Boot is no longer just a rain boot or a wellie, but also comes in an everyday, all-weather boot style with a variety of heights and finishes. Additionally, the classic Emma is now available in 10 colors.

And, in addition to the buy one, give one concept, Roma Boots also gives 10 percent of its sales to help in purchasing educational supplies to fill the boots before they are donated.

“This idea has grown as the world has become more socially conscious,” Bistrian said. “If you are a social enterprise you should find the most efficient and sustainable way to resolve the root cause of the problem you're addressing not just the symptoms.”

Roma is “amor” spelled backwards, which means love, which is in line with Roma Boots' mission: “Giving poverty the boot.”

Rita Cook is an Arlington-based award-winning journalist who writes or has written for the Dallas Morning News, Focus Daily News, Waxahachie Daily Light, Dreamscapes Travel Magazine, Porthole, Core Media, Fort Worth Star Telegram and many other publications in Los Angeles, Dallas and Chicago. With five books published, her latest release is “A Brief History of Fort Worth” published by History Press. Contact her at rcook13@earthlink.net.