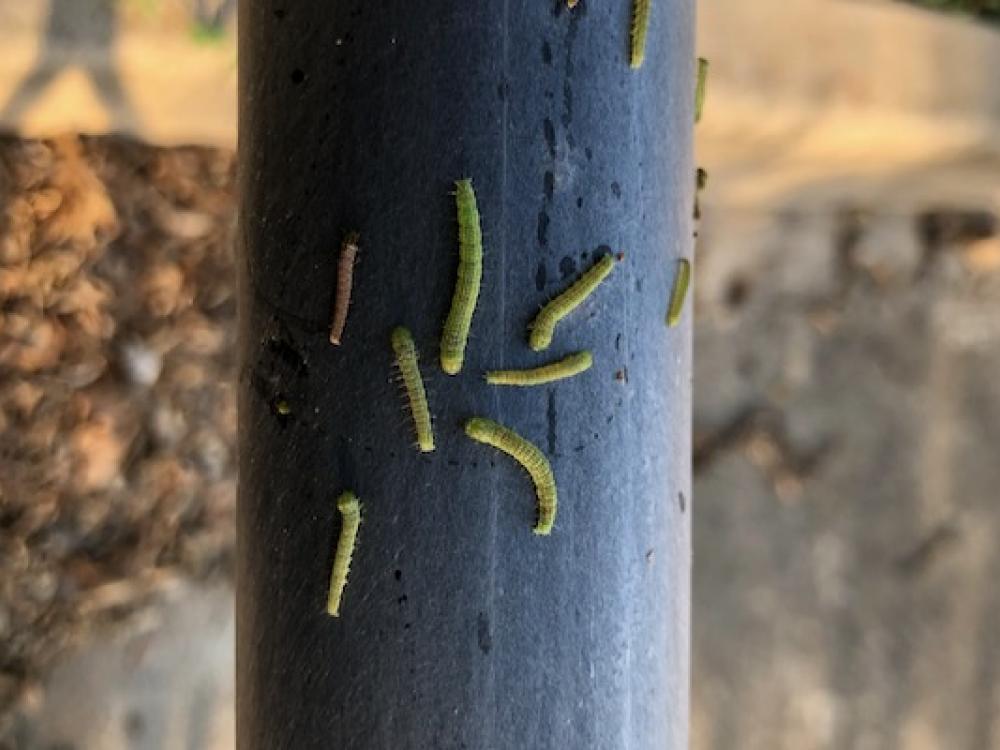 Across DFW, there were reports of hackberries stripped of their leaves, covered with spooky webs. 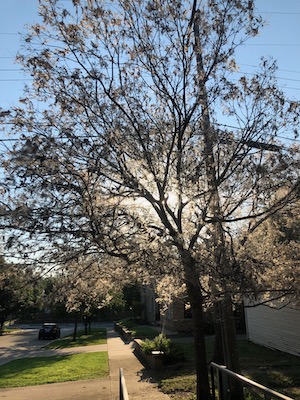 Many DFW residents walked outside last week to discover their hackberry tree leaves had been devoured. Photo by Karl Thibodeaux.

The tricksters were hackberry leafrollars, aka Sciota celtidella. They're the little green caterpillars you may have seen munching on hackberry tree leaves or inching up and down silken threads.

According to Wizzie Brown, pest specialist for Texas AgriLife Extension Service, the larvae are more of a nuisance than a cause for panic.

Based on calls she's received, the outbreak is contained mainly to the North Texas area.

She is reassuring residents that the hackberries should survive.

“The hackberry trees that they're feeding on are going to be dropping their leaves pretty soon anyway, and so it's really not a big deal,” said Brown. “They might look a little ratty until they drop their leaves but then they're going to leaf back out in the springtime

She said homeowners should focus on keeping the trees healthy. Water them if needed and don't damage exposed roots with lawnmowers or weed trimmers. 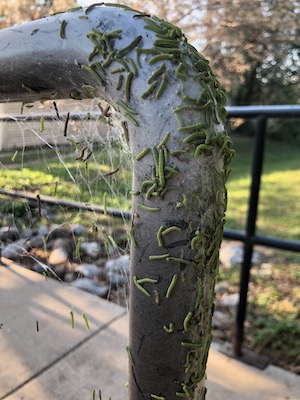 These hackberry leafrollers dropped down from a hackberry tree in Fort Worth. Photo by Karl Thibodeaux.

She said although the caterpillars seemed to have appeared mysteriously overnight, they’ve probably been around for weeks. They became easier to spot once they grew fatter from feasting on trees. Then it became hard to avoid them as they dangled from trees, sticking to hair and clothes.

Brown said the caterpillars will eventually drop to the ground where they will pupate. Later, they’ll turn into moths and the whole cycle repeats itself.

The outbreak is probably related to the extreme weather we had this summer — intense heat and drought followed by record-breaking rainfall. The good news is that birds will eat the leafrollers, as will lizards and insects, such as assassin bugs.

So skip the pesticide! And your trees should survive.

“So the caterpillars are a good thing, in my opinion," said Brown. "Because a lot of birds are migrating through the area now or will be soon. And so this is a great food source for them.”