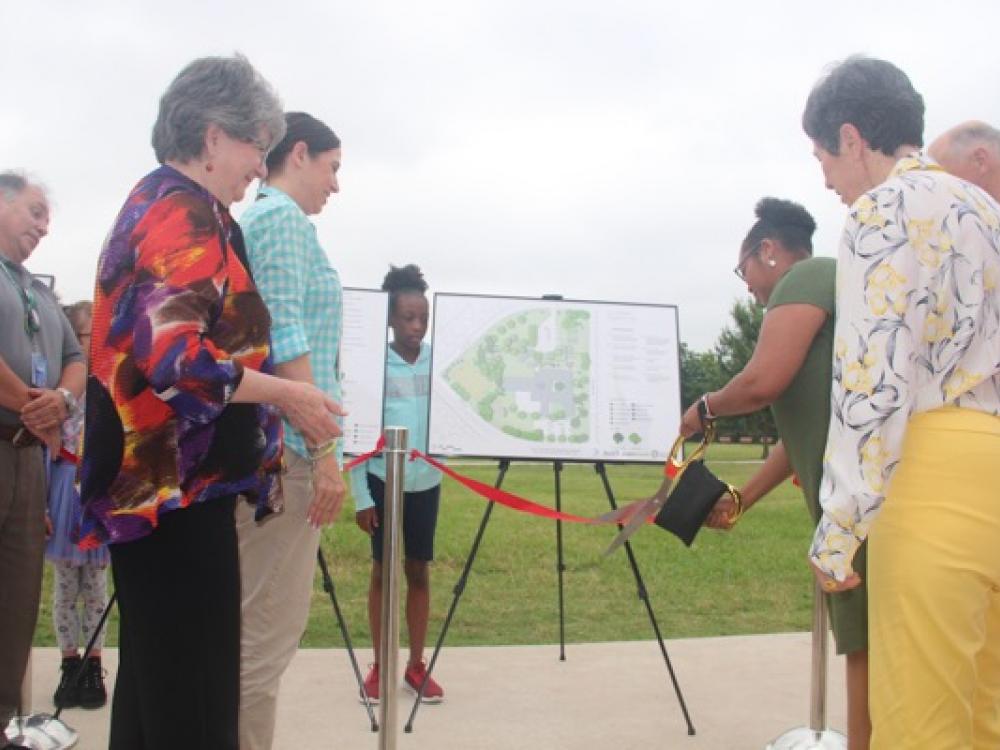 A ceremony was held May 20 for a new park at Dan D. Rogers Elementary in Dallas. Photos courtesy of Texas Trees Foundation.

A ribbon cutting was held for a new park at Dan D. Rogers Elementary in Dallas as part of a campaign to green up DISD campuses.

According to a 2017 Texas Trees Foundation study, DISD campuses are some of the hottest and least shaded urban heat islands in Dallas. 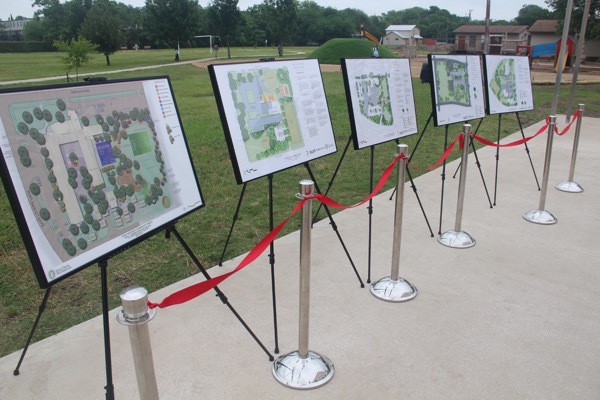 “We found that while Dallas as a whole has a tree canopy of 29 percent, our school canopies on average were less than 7,” said Matt Grubisich, director of operations and urban forestry at Texas Trees Foundation

In addition, the American Lung Association ranks Dallas among the nation’s top 20 most polluted cities at number 17.

In 2016, the Dallas-based nonprofit created its Cool Schools program to tackle the urban heat island problem as well as air pollution by increasing the tree canopy and green spaces on DISD campuses. The program is designed to benefits students, teachers and the surrounding community by creating outdoor learning centers in park deserts. 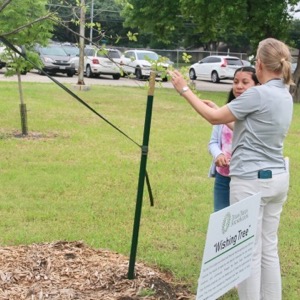 Kerri Harrison and a student discuss the biology of the cedar elm at Dan D. Rogers Elementary.

During the ceremony, Texas Trees Foundation partner representatives spoke, took group photos and led activities for children on the playgrounds.

“We are hopeful that many lives will be bettered and many children as well as adults will be inspired and moved to improve our world as a result of Texas Trees’ program,” says Grubisich.