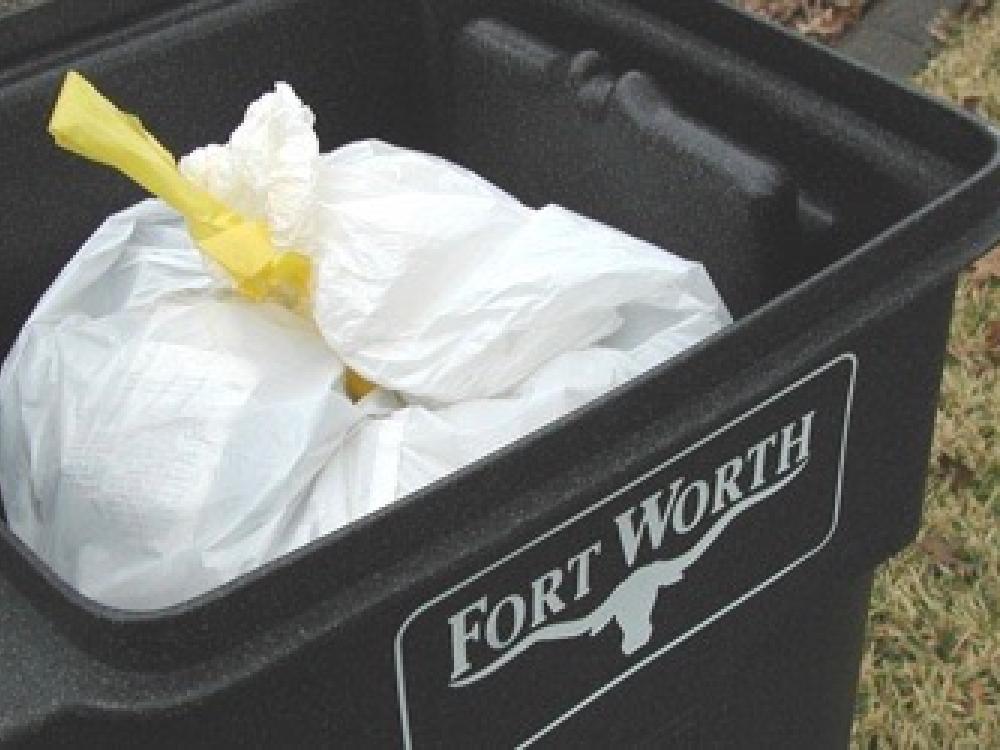 The city of Fort Worth is launching what it says is its largest green initiative yet with a new Comprehensive Solid Waste Management Plan. City staff who have been working on the plan for two years say they are hoping the 2016-2036 plan will take the city to new level of sustainability over the next 20 years.

Debbie Branch, a LEED Green Associate and the city of Fort Worth’s Resource Recovery Planner and Keep Fort Worth Beautiful Director, said after the public comment period ends this week, the draft plan will be finalized and presented to the Fort Worth City Council for approval – likely no later than the beginning of next year.

Public comments regarding the plan are also being accepted via email to [email protected] until Sept. 16 with a final public forum “Rethinking Waste Open House” to be held Sept. 15 at 6:30 p.m. at the Fort Worth Botanic Garden.

Branch said much work has gone into the entire planning process beginning with the city’s hiring of a consulting firm, Gershman, Brickner & Bratton, Inc., which began the initial process. From there, residents and key city players were engaged through open houses, workshops, on-the-street interviews, an online survey, a business Focus Group and local solid waste industry experts and influential leader interviews, including Fort Worth’s Mayor and City Council.

“Based on the comprehensive study of the solid waste services and the broad input received from all the stakeholders, recommendations were developed,” said Branch. “Initially, half a dozen solid waste plans of other cities in Texas and two other states were reviewed for reference and guidance.”

The Comprehensive Solid Waste Management, aka the Rethinking Waste Plan, is all about ensuring sustainable and comprehensive management of Fort Worth’s garbage for the next two decades. The emphasis is toward increasing meaningful resource recovery and material diversion from the landfill for residential as well as industrial, commercial and institutional sectors.

Prior to 2003, the city diverted just seven percent of its waste. In 2013, that number had increased to 24 percent. The new plan has a goal of diverting 40 percent of residential waste away from landfill in the short term. The long term goal aims at 50 percent of diversion that will include residential and commercial industry, Branch explained.

But that’s not all.

Commercial initiatives that will play a part in the plan include requiring that private haulers offer recycling to all commercial establishments, working with the business sector to curb improperly managed on-premise trash, modifying the current Grant of Privilege fee charged to commercial haulers from five percent to a tiered system based on the overall level of recycling achieved, establishing access to the city contracted Recycling Center by private haulers, pursuing the development of a Universal Recycling Ordinance and working with the Planning and Development Department to establish a program within the permitting process to encourage incentives that foster a means to increase diversion or recovery of building construction and demolition materials.

One of the largest green initiatives the city of Fort Worth has ever undertaken, the plan will serve as a blueprint for how waste is handled and managed in the city for the next 20 years. The previous plan – created in 1995 – addressed a number of issues, including ensuring adequate landfill space. This time around, the city has involved residents to help answer the tough questions.

“By the green initiatives we propose in the draft plan we realize Fort Worth’s diversion goal may appear conservative when compared to cities like Austin, San Antonio and Dallas,” said Branch. “The reason for this is we wanted to set realistic, obtainable and financially sound goals that would be supported by the community.”

Branch said the 2016-2036 Comprehensive Plan will be a “living document,” which will be revisited every five years to reevaluate and assess where they city is with the plan.  These evaluations will also allow for city leaders to continually reflect on Fort Worth’s vision as the “most livable and best managed city in the country.”

Despite the progress outlined by the plan, Corey Troiani, DFW program director for Texas Campaign for the Environment says it doesn’t go far enough. TCE has launched a petition in support of a zero waste plan for Fort Worth.

“This entire plan falls short of what other cities are aiming to do over the next two decades to reduce wasted resources. We need to see recommendations in Fort Worth’s 20-year plan that will expand recycling to all public places, ensure that all businesses will have recycling and composting programs and expand our curbside yard trimmings collection program to include food waste for composting."