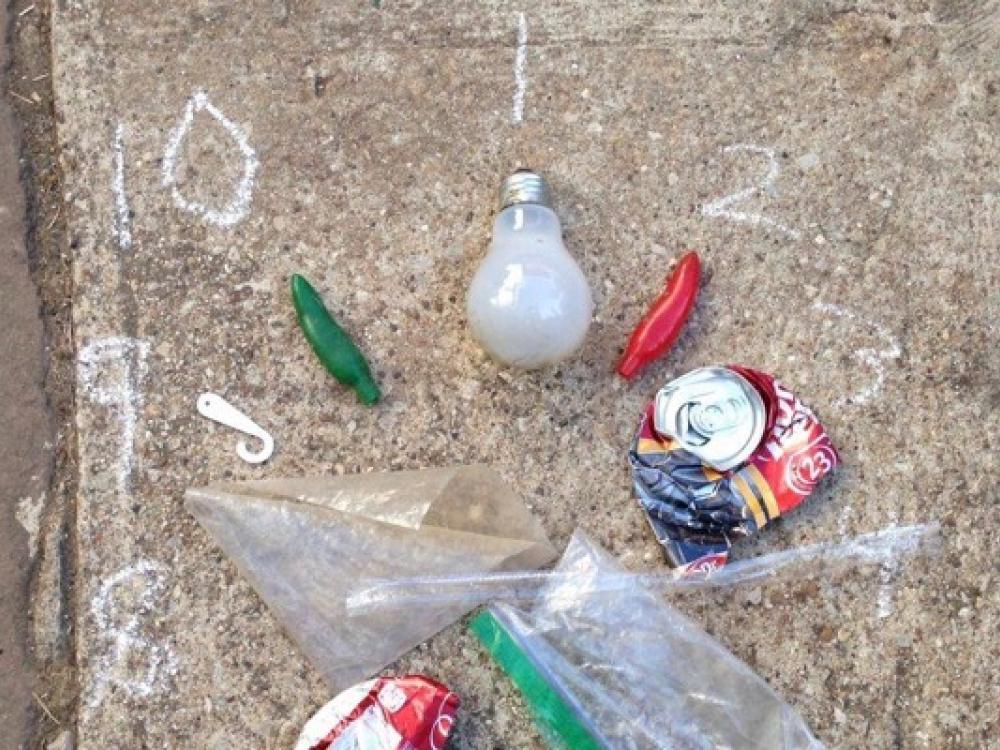 Cedar Hill’s Beautification and Environmental Sustainability Board is enlisting volunteers to collect one million pieces of trash during November through January. Photo by Julie Thibodeaux.

Cedar Hill’s Beautification and Environmental Sustainability Board has set a lofty cleanup goal for the city.  Recently the board challenged residents and businesses to pick up one million pieces of litter between Nov. 1 and Jan. 31 in a campaign it’s calling Bitter for Litter.

Beautification and Environmental Sustainability Board chairman Gregory Glover said the campaign originated in Cedar Hill, but the city plans to challenge the surrounding municipalities in the future to offer the same thing to residents.

“Our hope is that this becomes a grass roots viral campaign and it takes off across the nation,” he said.

Glover said the initiative was developed board member, vice chairman Dr. Lester Singleton with input from the entire board.

While Glover said litter is not just a problem in Cedar Hill, but a national and global problem that affects everyone, he added that Cedar Hill is hoping to create consistent values in the city in an effort to maintain significant green space within the community and also engage residents to be part of the solution not the problem.

As for what defines litter in regards to the Bitter for Litter campaign, it’s basically any item that has been dropped where it is not supposed to be and should have been deposited in the trash bin instead.

“We want to engage our residents and citizens to pick up the litter that they see around them every day and to think about specific areas that they can tackle as a community or as a group,” Glover said. “The city of Cedar Hill provides trash bags and the pick-up of trash for coordinated events. Residents can bag their trash and set it out with their normal trash pick-ups. The safety and security of our residents and citizens are of paramount importance. This means during litter pick-up we want everyone to wear safety gloves, appropriate attire and to pick up what they are comfortable picking up.”

Glover also said that in regard to the campaign, children should not be unsupervised and the folks on the Beautification and Environmental Sustainability Board definitely do not want anyone to put themselves in harm’s way to meet the 1 million pieces of litter quota.

“The city of Cedar Hill, along with our partners at Waste Management will continue to address the larger issues of illegal dumping and large clean-up sites,” Glover said.

Speaking of rewards, Glover said the person who picks up the most litter will get recognition at the end of the campaign.

“We plan to recognize the multiple individuals and groups who participate along with the group and individual who pick up the most litter, he said. “We have T-shirts for individuals and groups, which you can see on the website, but the greater recognition comes from the feeling you get knowing that you’ve been part of something greater and that you have done what you can do to be a part of the solution.”

The litter pick-up will be tracked by the Bitter for Litter website, where folks can sign up and log in how many items they pick up. and track how many pieces of litter is picked up during the three-month campaign.

“I personally want to thank the entire board for their participation in this grassroots effort to tackle Bitter for Litter,” Glover concluded.  “I work with an amazing group of residents who volunteer their time for the benefit of the city.”