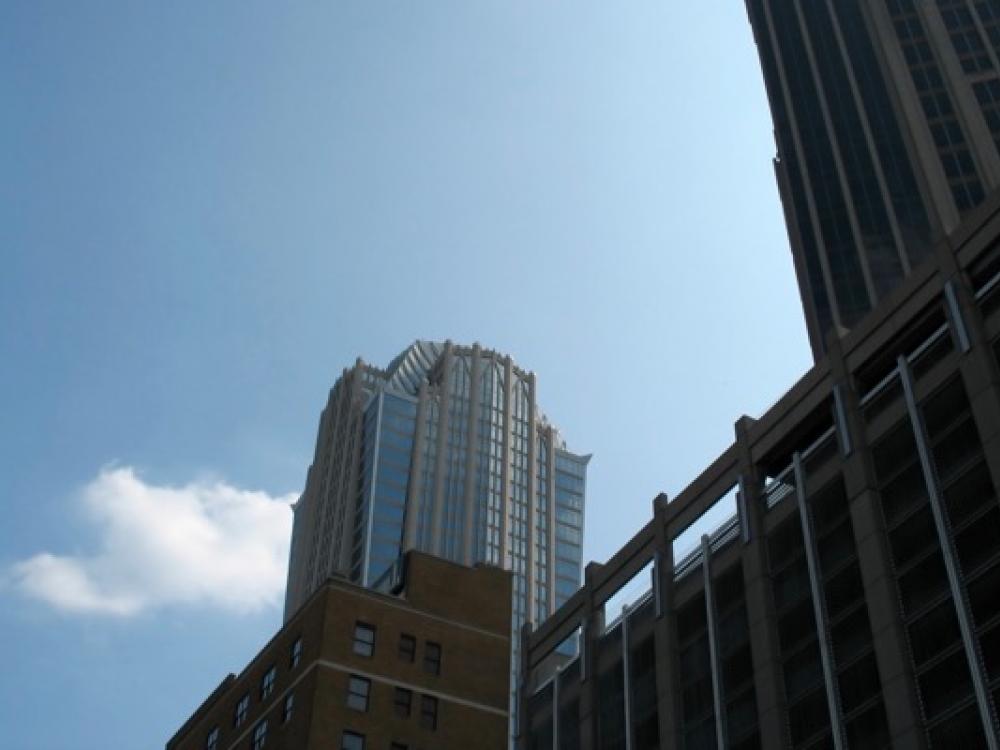 The Nature Conservancy is partnering with the city of Dallas' Office of Environmental Quality to track the effects of air pollution on childhood asthma. Courtesy of Storyblock.

The Nature Conservancy, known for its conservation of natural resources like land and water, has gone urban. The DC-area based environmental charity has turned its efforts toward “the biggest threats to people and nature, now in cities,” as Kathy Jack of the Dallas office of The Nature Conservancy puts it.

That’s 30 cities around the world. And now Dallas.

The threats targeted here are poor air quality, childhood asthma and school absenteeism. Breathe Easy Dallas, a project spearheaded by The Nature Conservancy and the city of Dallas Office of Environmental Quality, launches its pilot project this fall, tackling those threats with accurate on-the-ground data and tested solutions designed with local experts.

“We know the struggles with asthma of school kids in Dallas. We know some folks are impacted disproportionately by poor air quality,” said James McGuire, managing director of city of Dallas’ Office of Environmental Quality, after Breathe Easy Dallas’ announcement at the end of June. “Thus far, we’ve lacked the data to effectively and equitably direct programs and resources,” he acknowledged.

Dallas-Fort Worth has a perfect storm of childhood asthma, ozone pollution among the nation’s worst and school absences by children who live at the crux of bad air and poverty. That’s news to many North Texans but not to healthcare workers, environmental scientists, asthma sufferers or school nurses. Dallas County leads the region for hospitalizations from childhood asthma, according to a 2011 study by Children’s Medical Center.

The Nature Conservancy and the Office of Environmental Quality, with conservation partners The Trust for Public Land and Texas Trees Foundation, will collect data on air quality and health in nine Dallas schools.

That’s Phase I. Readings from air monitors at Breathe Easy Dallas schools will be shared via the city’s Smart City platform.

In Phase II starting June 2019, the project will analyze the data gathered and study the impact of selected interventions designed with expert partners’ help. Those may include reduced car and bus idling, tree and shrub screening to capture pollutants and campus health measures.

Breathe Easy Dallas is intended to provide a replicable model for other high-risk schools in Dallas and across Texas.

Phase I is funded by $225,000 from ClimateWorks and an additional $50,000 for air monitors, donated by the local Hoblitzelle Foundation.

Air quality data on Dallas’ SmartCity platform is public information available to all.

“Last summer we did an in-depth analysis of key environmental health challenges in Dallas,” said Jack. “The Nature Conservancy, the Office of Environmental Quality, TPL and TTF led several work sessions open to the public, and invited stakeholders such as the North Central Texas Council of Governments.”

“We looked at air quality for issues: urban heat, loss of green space and water quality and quantity. Fairly quickly, poor air quality and pediatric asthma showed to be a key concern.”

As a result, special work sessions on air quality were called. More than 30 people from 20 organizations participated, including Chilldren’s Health, DISD, EPA, NCTCOG, Parkland Hospital, researchers from the University of Texas at Dallas and the University of North Texas Health Science Center and staff from the offices of City Manager T.C. Broadnax and County Commissioner Theresa Daniels.

“Many people said we’re lacking high quality data to connect air quality and asthma,” Jack recounted. “Health practitioners made some of the most telling comments. Doctors at Parkland’s public clinics who assess children’s asthma told us, many children are not adequately diagnosed.”

One Parkland physician told the work group of a teenager he had diagnosed and treated. Listening to the doctor’s account, Jack realized, “the boy may have had asthma his whole life, and not known it. After treatment, he knew for the first time what it felt like to move freely, to play sports. We learned that many children who go undiagnosed may end up hospitalized, when they could’ve been treated.”

McGuire describes the group’s search for the project’s focus.

“With the Breathe Easy project, we asked ourselves, what were we missing?”

“DISD, the City and Parkland Hospital had data. We mapped and compared it: asthma incidence, school absenteeism and ozone.”

The group saw a convergence many had suspected.

“I have been with OEQ about 18 months now,” McGuire says. “When I came, the office was working to comply with EPA rules. There wasn’t a lot of effort on innovative local environmental projects for those who need it most.“

“This Nature Conservancy initiative came at just the right time, with the new City Hall management and its mission of ‘Excellence and Equity.’”

“My expectations focus on a lot of progress with this Nature Conservancy Project. We need to keep kids in school. We need them to have good learning, better health, better futures.”

“Too long local governments have stayed above the fray on environmental problems, they’ve deferred to federal and state government. We are at a turning point now. Cities like Dallas need to step up and take action.”