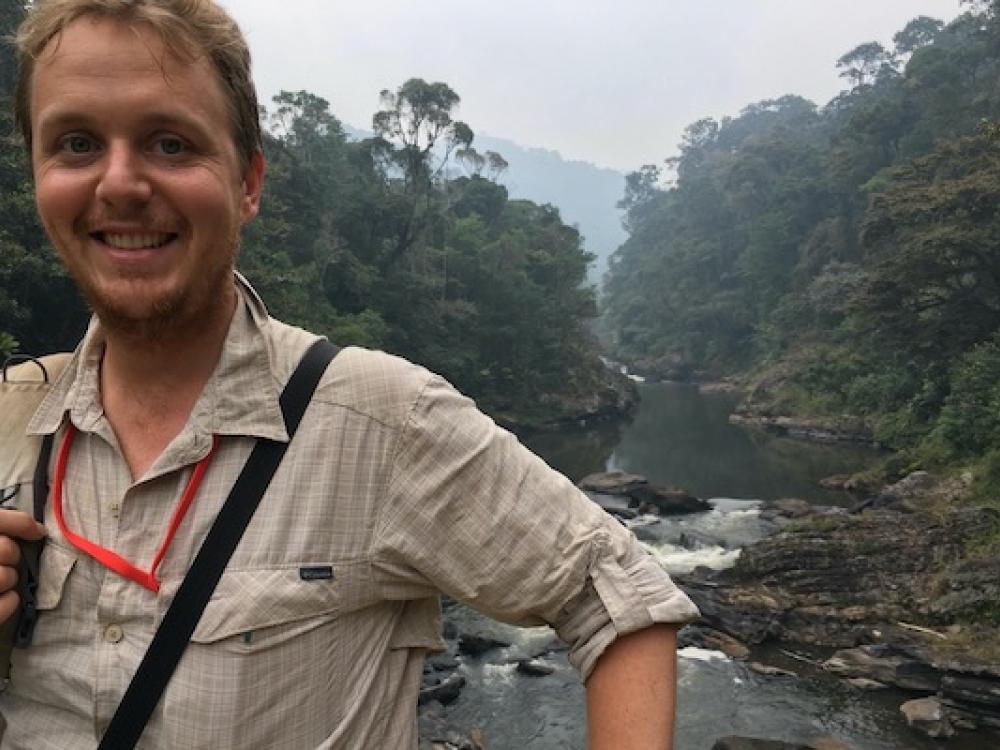 Fort Worth-based researcher Morgan Gostel and other botanists with the Earth BioGenome Project recently laid out their 10-year plan to document the DNA code of all green plants.

Plant researchers are undertaking a huge effort to sequence the genome of every plant on the planet, and their work could have long-lasting and far-reaching effects for our everyday lives.

In the article Green Plant Genomes: What We Know in an Era of Rapidly Expanding Opportunities, published Jan. 25, in the Proceedings of the National Academy of Sciences, botanists with the Earth BioGenome Project laid out their 10-year plan to document the DNA code of all green plants.

From agricultural crops to lesser-known species, altogether they comprise about 500,000 species on the planet.

Morgan Gostel is a botanist with the Botanical Research Institute of Texas in Fort Worth and is one of the authors of the paper. He says that the work could have implications for society on a scale as large as the original domestication of plants, some 10,000 years ago. He compares the effort to the space race in the mid-20th century.

According to BRIT botanist Morgan Gostel, the work could have implications for society on a scale as large as the original domestication of plants, some 10,000 years ago.

"It's remarkable what humans can achieve when they put their minds to it and work together," he says. "Putting a human being on the moon over 50 years ago was almost unimaginable, as is sequencing the genomes of all species on Earth today. It's possible, though, and the benefits to society from such a moonshot will open a new chapter for solving some of the world's most pressing problems, from food scarcity to climate change."

The genome of a species contains all the genetic code that makes an organism what it is and gives it its specific ability to function, reproduce and survive. The genome also reveals how species are related to other species and how they've evolved in the so-called “tree of life,” the metaphor for describing how both living and extinct species are connected throughout the process of evolution.

By sequencing the genome of plants, researchers gain a better understanding of how species perform the essential and complicated processes that make them living organisms.

Gostel says that to date the genome has been sequenced in its entirety for fewer than 1,000 plant species. Those that have been fully sequenced are predominantly crops or their wild relatives, which leaves the rest of the planet's nearly half of a million species of plants and the secrets of life hidden in their genomes a huge mystery. 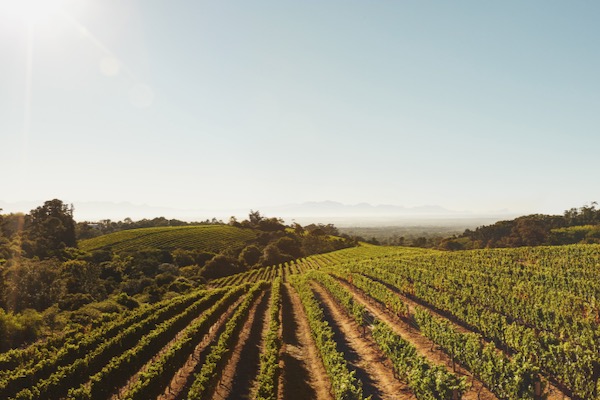 Among the practical applications of genome sequencing is understanding how plants produce more nutrients in a wider range of conditions. Photo courtesy of Storyblocks.

By sequencing plant genomes and learning what these plants have developed to survive in various environments, from hot deserts or permafrost to wet coastal regions or arid landscapes, the Earth BioGenome Project will build a catalog of genome information that can lead to plant-based solutions for complicated problems.

Although often the first application when it comes to botanical research is how it can benefit agriculture, Gostel says the practical uses of genome sequencing reach far beyond what we can imagine right now.

Breakthrough scientific applications can often arise out of simple curiosity and exploration. He cites as an example how understanding the genes involved in jellyfish bioluminescence gave rise to the discovery of a green fluorescent protein that can tag and illuminate the expression of other proteins in everything from tiny worms to humans, which has helped medical researchers in turn develop new ways to diagnose and treat various diseases.

Another example is the polymerase chain reaction that is well-known today as a component for COVID-19 PCR tests. The DNA polymerase is based on discoveries from a survey conducted back in 1966 of extremophile bacteria living in the hot pools of Yellowstone National Park.

"This is how groundbreaking discovery happens, thanks to this sort of systematic pursuit of biodiversity," Gostel says. "It's difficult to say exactly what can emerge from this type of work, because it's so rooted in basic, fundamental research and we know so little about the world we live in."

Although Gostel emphasizes that the implications of the research reach far beyond crop science, he says agriculture too could benefit from understanding plants that produce more nutrients in a wider range of conditions. It could lead to some crops being developed to thrive in what are now considered non-arable regions.

Additionally, plant-based solutions to climate change could come about through plants that more efficiently sequester carbon from the atmosphere. In medicine, cures for debilitating diseases may lie undiscovered in the earth's undocumented flora. And plants may be bred to produce those cures on a large scale for pennies per treatment — all with the knowledge gathered by plant reserearchers working through the Earth BioGenome Project. 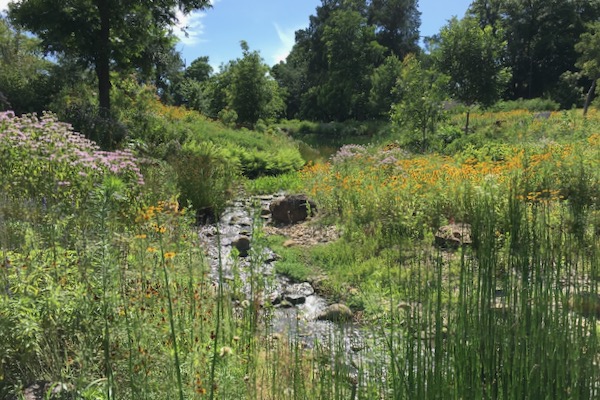 About half of the plant tissue to be gathered may be found in the world's botanical gardens. Pictured, Texas native plants at the Fort Worth Botanic Garden. Photo by Julie Thibodeaux.

To sequence the genome of nearly half of a million plants in 10 years, Gostel says tens of thousands of botanists will need to work together around the globe. That means putting on their mud boots to head into the swamps of the Amazon, donning parkas to ascend the world's remotest mountains or strapping on climbing gear to scale over cliffs, in order to take painstakingly careful samples of plant tissue to be sent back to labs and run through high-throughput sequencing instruments.

However, about half of the plant tissue to be gathered may be found in the world's botanical gardens, such as the Fort Worth Botanic Garden, which have emerged as inadvertent repositories of plants and their genomes. Some botanical gardens were founded more than a century ago and have assembled vast inventories.

About half of the plant tissue to be gathered may be found in the world's botanical gardens, which have emerged as inadvertent repositories of plants and their genomes.

"The key to botanic gardens is that their collection is living — this is important for genome sequencing because DNA will immediately begin to fragment once part of a plant is removed for laboratory research,” Gostel says. "Botanic gardens pack a lot of living plant diversity into a single place to facilitate rapid and large-scale collection.”

"The key to botanic gardens is that their collection is living — this is important for genome sequencing because DNA will immediately begin to fragment once part of a plant is removed for laboratory research,” Gostel says. "Botanic gardens pack a lot of living plant diversity into a single place to facilitate rapid and large-scale collection.”

For plants that have gone extinct or otherwise cannot be accessed, Gostel says the gaps in the tree of life can be filled in by sequencing long-dead tissues. Dead plant tissue is far more complicated and time-consuming to work with but still yields results when live tissue cannot be obtained. At just one herbarium at the Botanical Research Institute of Texas, researchers have access to almost 1.5 million plant specimens gathered from around the planet in collections that date back as far as the 18th century..

"There are over 3,000 botanical gardens in the world,” Goestel says. "When we have access to information about what's in the collection, we can really start to make quick progress in sampling collections to achieve the Earth BioGenome Project's goal."

Assisting the research, the Global Genome Initiative for Gardens program works internationally to coordinate the plant sampling process and make the results available for genomic research, starting with the collections in botanic gardens.

The Global Genome Initiative for Gardens program works internationally to coordinate the plant sampling process and make the results available for genomic research, starting with the collections in botanic gardens.

As Director of GGI-Gardens since its inception in 2015, Gostel has already seen a partnership emerge of more than 40 botanical gardens around the world, working together to connect genomic researchers and botanical gardens while demonstrating the immense value that botanical collections have in facilitating cutting-edge research..

"GGI-Gardens is coordinating the sample collection work — this is done in the field [and] at botanic gardens. There are other networks: Botanic Gardens Conservation International, for example, is helping to identify rare and unique collections to prioritize sampling from gardens around the world. The Global Genome Biodiversity Network is coordinating international efforts to store collected genomic tissues in a strategic and standardized way. There are many networks that are contributing to interconnected pieces of the bigger picture, and the Earth BioGenome Project is bringing them all together," Gostel says.

As a newer organization on the block, the Earth BioGenome Project emerged after most of the other networks were founded. But is taking the lead in organizing the thousands of scientific experts distributed across the various networks so that they can collaborate toward the single goal of sequencing the genome of every green plant on the planet.

Right now, the work has essentially just begun. Gostel estimates that researchers are only about one percent along the way of completing the monumental task they've taken on. Nevertheless, they've set their sights on wrapping the project up by the end of the decade.

"Well, we know there's a 10-year timer, and that 10 years actually started in 2018 when the Earth Biogenome Project began," Gostel says. "It's a really exciting time to be a botanist. It's a really exciting time to work in genomics. And I think the best thing to say is ‘stay tuned for the life-changing discoveries that are going to start to pop out from this work.’”