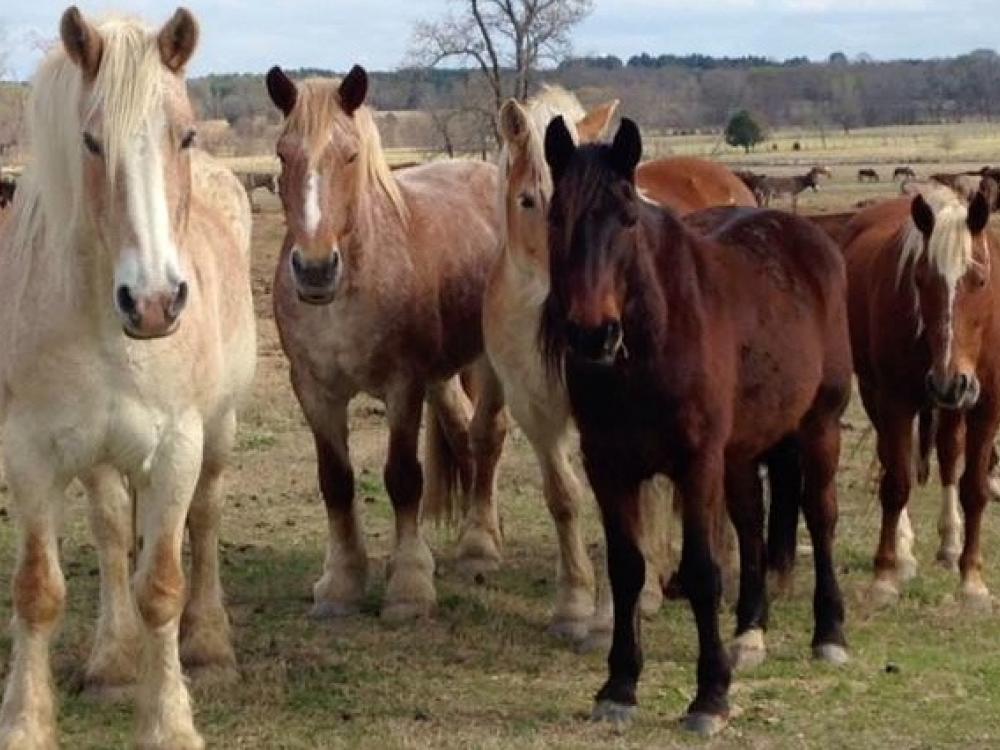 North Texan animal lovers can get a peek at a world renowned animal sanctuary when Cleveland Amory Black Beauty Ranch hosts its annual open house Saturday, from 10 a.m. to 4 p.m.

The U.S. Humane Society affiliate is located in Murchison, Texas in Henderson County near Athens, about an hour and an half drive from Dallas. The ranch was founded in 1979 by Cleveland Amory, an animal advocate and author, famous for his bestselling book about his adopted cat, Polar Bear, The Cat Who Came for Christmas.

Today, the 1,400-acre sanctuary is home to nearly 1,000 domestic and exotic animals, many of whom have been rescued from slaughterhouses, biomedical research laboratories, exotic pet trade, trophy hunting ranches and cruelty cases. The facility relies on 25 workers and volunteers, who care for 40 species of animals, including horses, burros, tigers, cows, wild pigs, apes and monkeys, tortoises and iguanas

According to Noelle Almrud, interim director at Cleveland Amory Black Beauty Ranch, the open house is a rare opportunity to visit the sanctuary, which does not operate as a zoo. It is only open to the public one to two times a month for small, prescheduled, guided tours to respect the peace and privacy of the animals. 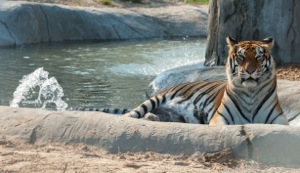 The yearly event is a chance for visitors to see the animals happily living in their new and peaceful home.

Residents include tigers rescued from barren conditions at a roadside zoo in Mississippi in 2014.

“As far as we know, for the first time in their life, they’re actually in a more natural environment. And it’s really stunning to see.” said Adam Parascandola, HSUS director of cruelty response.

Then there’s Lulu the chimp, a 52-year-old primate who has lived at the ranch for 20 years after being rescued from a biomedical research facility. She was used in the biomedical research lab for Hepatitis B vaccine trials and became diabetic, which caused a stroke. She has continued to improve in health and is now the longest-living chimpanzee to live post-stroke. Lulu broke another record recently by becoming what is believed to be the first chimpanzee in a North America Primate Sanctuary Alliance sanctuary to complete a voluntary blood draw. 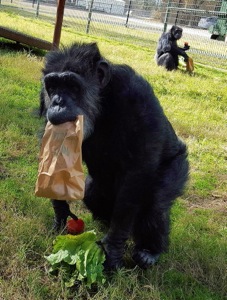 “Our Lulu, however, wasn’t satisfied with simply being the oldest living chimpanzee post-stroke and the first to allow a voluntary blood draw,” says BBR. “She also volunteered to have her blood pressure taken through a finger cuff, becoming the first chimp ever to do so according to the Great Ape Heart Project.”

The Doris Day Equine Center is also located at the sanctuary and promotes equine education along with an adoption center.

While there is no cost for admission, Almrud says donations are appreciated and the cost is $10 per person for the hay rides and bus tours. See website for details.

Where: Murchison, Texas, in Henderson County, about an hour and half drive from Dallas.