Big Spring in Dallas on its way to historic landmark designation

A crystalline spring in the shade of huge trees that once sheltered Dallas founders and Native Americans before them, won the first step for protection and preservation as an official city of Dallas historic landmark Monday. Big Spring, in a 15.4-acre parcel off Highway 175 and Interstate 45 in southeast Dallas, was approved by the Dallas Landmark Commission. It’s the first step in the process. 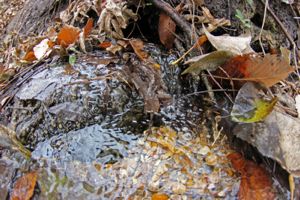 This is the first natural feature to be considered for Dallas landmark status. Notable buildings, yes—rare natural areas, not till now.

“I think the Commission is pretty excited,” says Ben Sandifer, volunteer and blogger- advocate for the Trinity River corridor. ”This is the oldest landmark we have or are ever likely to have.”

Appropriately, the Commission’s ruling came on the 160th anniversary of the founding of Dallas by John Nealy Bryan, whose fellow pioneer John Beeman owned the Big Spring tract. Bryan’s son and Beeman’s daughter married and inherited the land, farming there.

“Professional arborists suggest the large bur oak dominating the Big Spring is as old as the founding of the United States itself,” commented Sandifer at Monday’s hearing. “Conservatively, 200 years, maybe 500 years old.” 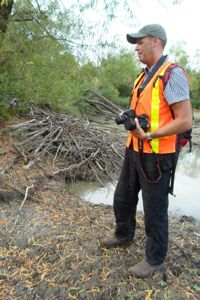 Sandifer belongs to the volunteer Texas Stream Team, one group among many who help protect Big Spring and who gathered in 2012 to work for an ecologically sound protection process.

The tract atop Pemberton Hill is part of a prehistoric Pleistocene Age terrace “reported along the Trinity as far north as Denton… and as far south as below the McCommas Bluff in southern Dallas,” according to the Landmark nomination research. Some of the Pleistocene creatures who may have roamed there, consulting archaeologist Timothy Dalbey noted, include “Columbian mammoths, sabertooth cats, camels, horse tapirs…large ground sloths…glyptodons” – large armadillo-like animals.

Big Spring received its Texas State Historic marker in May 2015.

And last fall, milkweed removed from a dirt-mining site in the Great Trinity Forest found a new home near Big Spring, thanks to Texas Master Naturalists, Native Plant Society of Texas members and others.

“Hundreds of milkweeds were transplanted in a prairie restoration, to help the Monarch butterfly,” says Sandifer.

Over the years, Big Spring’s protectors came to include Billy and Zada Pemberton, members of only the second family to own the site in 160 years. They and others warded off a city sewer line through it, a horsepark atop it and illegal fencing by the horsepark operator. An unlicensed slaughterhouse layered piles of debris over a documented Native American site nearby. 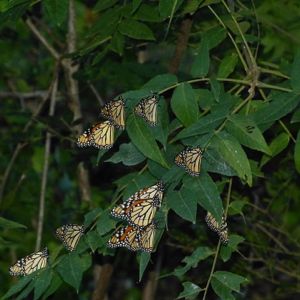 Once approved, Big Spring is protected from development. The landmark nomination spells out restrictions for changes to the site and detailed management recommendations “to both protect the area from disturbances and promote a diversity of habitat… to support a sustainable, healthy and preserved ecosystem.” Access would be limited to small groups for educational purposes. Water quality checks are conducted monthly by Texas Stream Team.

“It’s uniquely important, because its position on a hill above the flood plain has protected soil strata and archaeological relics from being jumbled by floodwaters,” says Sandifer.

The spring has two more hurdles to pass for Landmark designation: approval by the City Planning Commission and by the City Council.

“The original goal, targeted by a member of the City Planning Commission’s Landmark Committee, was for the designation to be on the books by the end of May, when the City Council year ends,” says Sandifer.

“We hope this effort models proper stewardship, so that public citizens can show the city of Dallas how projects can be done vis a vis the Trinity Forest.”

Evaluating the history and ecology of the site and developing the nomination’s recommendations were city of Dallas planner Marsha Prior, University of North Texas and the US Army Corps of Engineers’ Lewisville Aquatic Ecosystem Research Facility, incorporating suggestions from naturalists and stakeholders Texas Master Naturalists, Connemara Conservancy, the Pemberton family, Texas Parks and Wildlife Department and Texas Stream Team funded by the Meadows Foundation and Meadows Center for Water and the Environment.

GSDFW columnist Amy Martin recaps the history of Big Spring and the controversies surrounding it:
North Texas Wild: Who's watching out for the Great Trinity Forest and the future of Pemberton Hill?