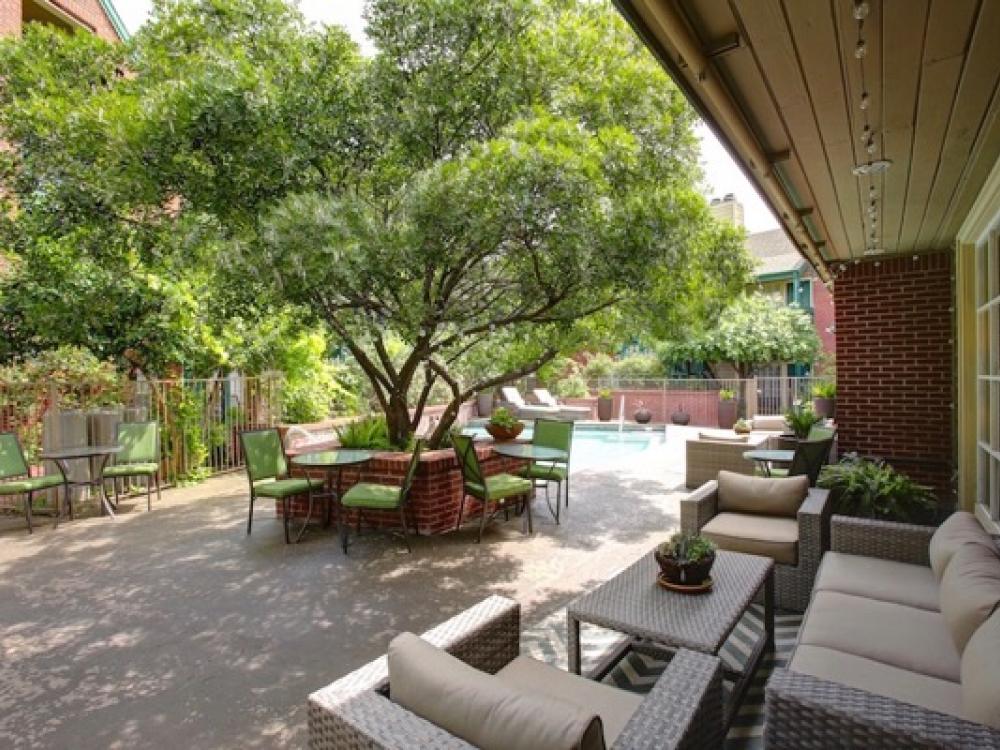 We stayed at one of the top ten eco-friendly hotels in the world and it’s right here in Texas.

Habitat Suites in Austin made number four on the list on Top Ten Eco-Friendly Stays, published by Expedia in April.

The solar-powered green hotel was the only U.S. venue mentioned in the category.

Expedia, an international travel platform, said they compiled the list after analyzing traveler’s reviews on their site. 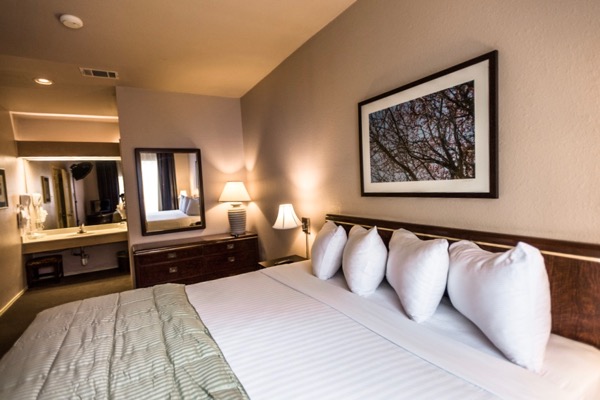 Habitat Suites is a 96-suite hotel next to Austin Community College. For more than three decades, it has been owned and operated by a health-conscious Austinite Eduardo Longoria, who also owns a vegan restaurant called Casa de Luz. Longoria has operated the hotel since 1985 but according to front desk clerk Sagrario Tirado, he gradually turned transformed the hotel into an eco-friendly oasis during the 1990s.

Recently we visited the hotel after getting a recommendation from a colleague. Turns out, the venue is known by many in the DFW green community as a gem.

Approaching the hotel, we were struck by the abundance of trees and plants on the property. We later learned the landscaping is managed with organic gardening techniques, free of pesticides and herbicides. We didn't spy any ripe fruit during our stay but guests are encouraged to harvest edible herbs and fruit growing on the property. 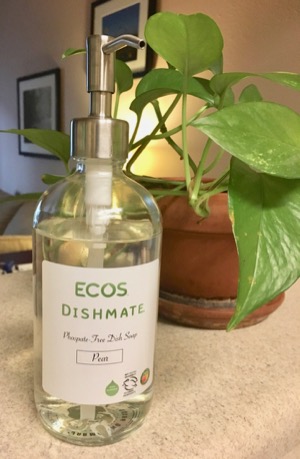 Each room comes with a potted plant and eco-friendly soaps.

A small potted plant was included in our room and we later learned that healthy air quality is a core value embraced by the proprieters. The establishment has a non-smoking policy, uses low-VOC paint and the windows of the suites can be opened for fresh air.

The rooms are designed like one-bedroom apartments circa 1980s, with each unit featuring a living room and kitchenette. Don't let the retro look fool you. The accommodations live up to today's greenie's high standards with 100 percent organic cotton mattresses and organic sheets in every room along with thick plush cotton towels.

We were also happy to see a bottle of our favorite eco-friendly dish soap on the counter. The housecleaning staff only uses only eco-friendly soaps and cleaners, including vinegar and orange oil. And the shower featured refillable soap dispensers instead of single use bottles of shampoo.

As for waste, recycling bins are included in every room and food waste is composted.

In addition, some unseen renewable features include solar panels on every building and solar thermal technology. Rainwater is also captured for reuse and there are two EV charging stations. The pool is salt water. 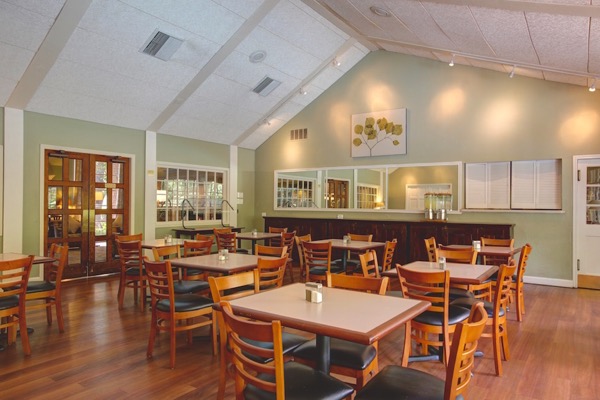 One of the highlights of our stay was the hotel’s complimentary breakfast.

Typically, a visit to Austin includes a race to visit as many of our favorite restaurants as we can.

We were prepared to skip the hotel's offering if it turned out to be a cold plastic-wrapped muffin.

But it turns out the hotel dining was on par with our favorite Austin breakfast joints - plus it’s all vegetarian and vegan. No scrounging for plant-based options! 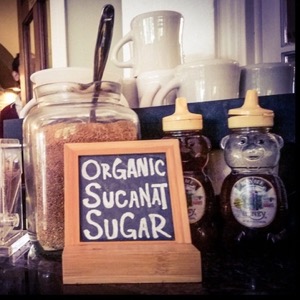 A rotating menu gives diners three hot options including healthy and tasty breakfast bowls and tacos that are made to order. The buffet features fresh organic fruit, toast and something you never see in breakfast buffets - whole oat groats, which is unprocessed oatmeal. A tell-tale sign that a hard-core health enthusiast is behind the scenes. We helped ourselves to locally roasted coffee, fresh juice and ice cold triple-filtered water. I was thrilled to see my favorite non-dairy creamers such as soy milk and almond milk at the coffee bar as well as organic sugar.

As for cost, the rates were moderate -not nearly as high as some other hip hotels in Austin. Suites start at $109.

In my book, all those little details add up to a good night’s sleep. Check it out.