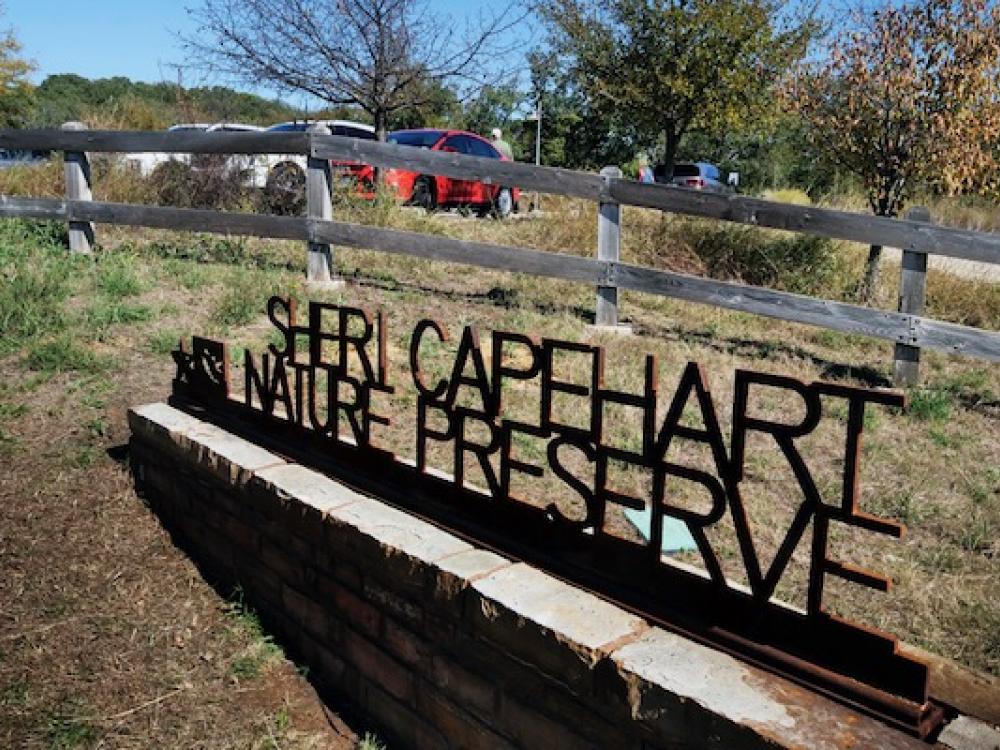 A 60-acre wildscape in southwest Arlington was recently renamed for a former city council member who led the efforts to acquire the scenic property two decades ago.

Back in 2004, the $2.7-million property had been slated to become a residential housing development when it came to the attention of the city. The city partnered with The Trust for Public Land, which purchased the property in 2005 and held it until the city could arrange funding.

The park opened in 2013 as the Southwest Nature Preserve.

Today, the natural area includes three ponds, a fishing pier, terraced outdoor seating and education area, and a hiking trail. Visitors can observe four distinct eco-regions: prairie, Eastern Cross Timbers forest, wetlands and a riparian zone along the banks of a small creek. Another highlight is a sandstone bluff, known as Kennedale Mountain.

The property is also home to a plethora of local flora and fauna. So far, naturalists have documented more than 1,400 species of plants and animals at the park on iNaturalist.org, including the rare Glen Rose yucca and the farkleberry tree. 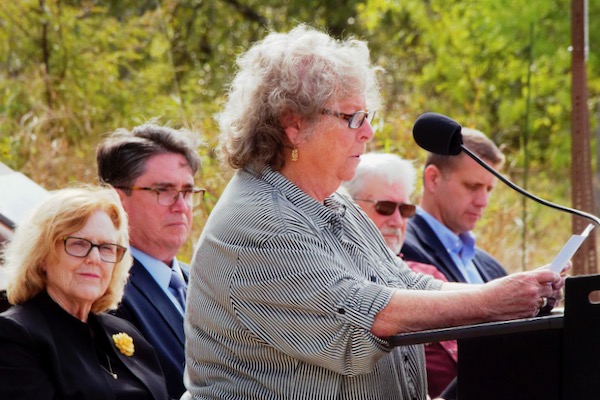 Capehart will not only be remembered as the preserve’s namesake, she is Arlington's longest serving council member, having served from 2000 to 2020.

Her title is not to be broken after Arlington voted to change the city charter and impose term limits on the mayor and city council in 2018. The law now restricts council members to serve no more than three elected two-year terms or a total of six years.

“The fact that Arlington has probably one of the best animal shelters in the entire region is a result of Sheri’s passion and compassion,” said Greene. 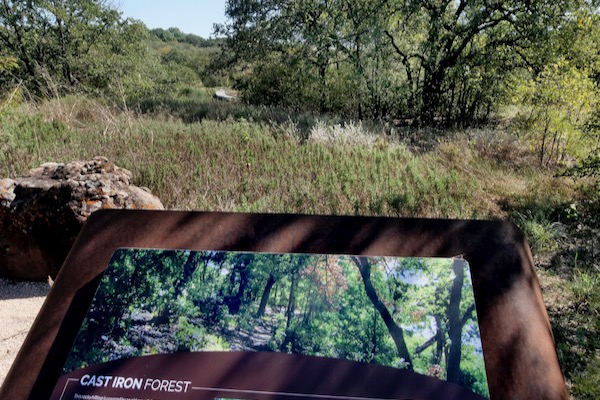 The preserve includes a remnant of the Eastern Cross Timbers forest. Photo by J.G. Domke.

Laura Capik of Friends of Sheri Capehart Nature Preserve was the chairperson for the Arlington Park and Recreation Departments board of directors when the preserve was created.

She thanked Capehart at the dedication for “working diligently on the Counsel and with the Parks Department to create a way for the Trust of Public Lands to purchase the land until a bond could be passed.”

Capik also gave a shout out to park’s Friends group, which formed in 2013.

She noted that most of the park’s volunteers are Texas Park and Wildlife Master Naturalists, resulting in an enthusiastic team of experts in a variety of fields.

“It brings so may blessings to the preserve to get things done," she said.

Laura Capik of the Friends of the Sheri Capehart Nature Preserve speaks at the park's dedication. Video by J.G. Domke.

Since forming in 2013, the Friends group has achieved many milestones including being recognized as a Great Texas Wildlife Trail in 2016 by the Texas Park and Wildlife Department, creating a ;two-acre pollinator meadow, registering as a Monarch Way Station by Monarch Watch, teaming up with Boy Scouts in 2018 for construction of information kiosk and trail markers, and receiving a grant from Fort Worth Audubon Society for a bird sanctuary on south side of the preserve.

The group has also conducted walks and backyard bird counts, collected seeds from the rare Glen Rose Yucca for preservation by Botanical Research institute of Texas, recognized a historic post oak tree via the Texas Historic Trees Coalition and created a 200-year history of the nature preserve.

The renamed Friends group is working to update their sites with the new name. Their Facebook page @FriendsofSWNP still exists and the website remains until further notice.

When Capehart spoke at the end of ceremony, she thanked everyone for the honor, saying she doesn’t want anything to change.

“Leave it pretty much, like God created it. It’s a very passive park, it’s not an active part. Come out and enjoy it and commune with nature. Explore and learn more about nature, whether it’s the trees, the wildlife, the vegetation, or the mosses that grow here or how the wind moves through the trees.”

She added that people cannot thrive without recreation and open space and places to commune with nature.

"We need to protect this. We need to appreciate and value it and we need to understand what a true blessing it is to all of us.”

Dallas park to be named for crusader of ‘rewilding’