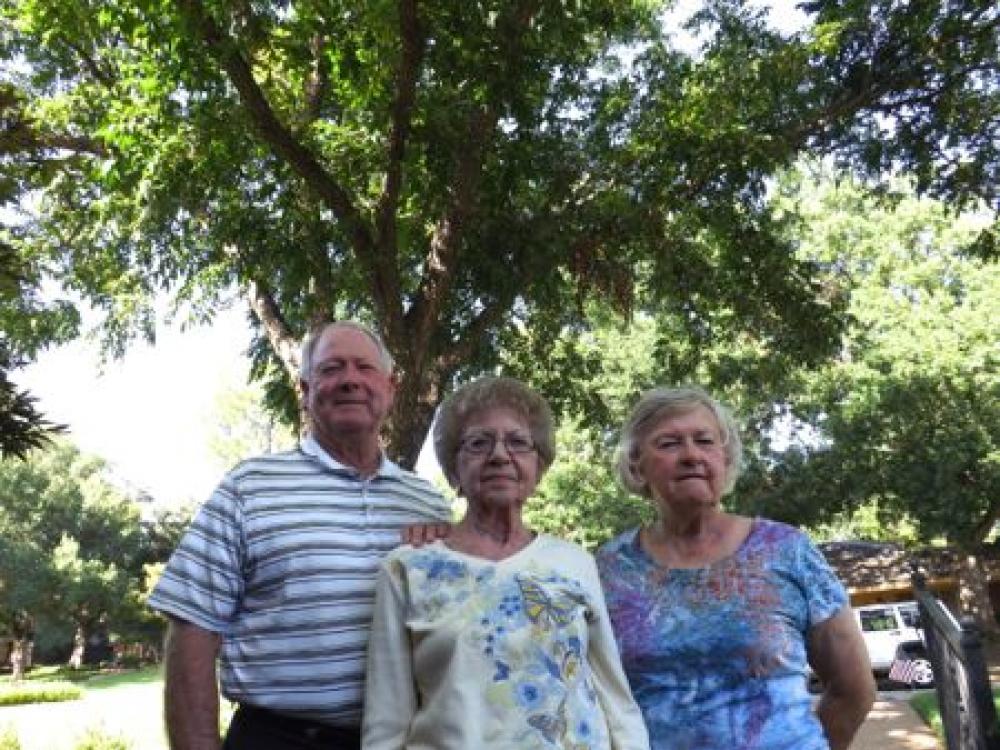 The Friends of O.S. Gray Natural Area are on a pecan tree hunt.

They’re looking for something unique – six varieties of pecan trees patented by O.S. Gray, an Arlington nurseryman and namesake of the park.

Gray, whose plant nursery operated in Arlington from 1932 to 1986, was an innovative pecan tree grower and expert.

Bob Ressl, a member of Friends of O.S. Gray who researched the pecan mogul, said he was known for his papershell pecan trees, which had thin shells and hearty nuts. Over 50 years, the nursery shipped over a million pecan trees worldwide.

“A millions trees is a lot of trees,” said Ressl. 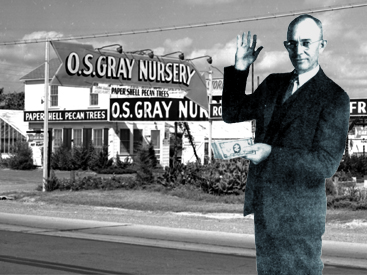 Oscar Gray Sr. in front of his nursery on Division Street. Below, O.S. Gray Nursery catalog. Courtesy of the city of Arlington.

Oscar Gray Sr. grew up on a farm near Terrell. Legend has it, that as a boy he poured over Texas Department of Agriculture yearbooks while recovering from typhoid, beginning a lifelong fascination with agriculture.

After he moved to Arlington in 1926 to teach agronomy at North Texas Agricultural College, he bought 46 acres between Fielder and Bowen Roads to plant pecan trees to give his students hands-on experience, according to a city of Arlington post. However, instead of pursuing a teaching career, he eventually turned the acreage into a working nursery and launched a business. 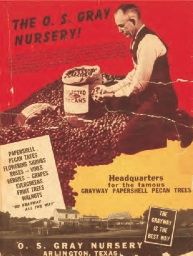 Over the years, he developed a high density method of planting pecan trees.

Paula Harbour, a member of Friends of O.S. Gray Natural Area, said she became interested in O.S. Gray after moving near the park, where 20 acres of the former nursery were preserved as a wildspace.

“I got involved with the Friends group because l live in the neighborhood,” said the former Tarrant County College career counselor. “It gave me an interest in things I never thought I’d want to know.”

Over the years, she's helped mulch, weed and pull privet at the Natural Area. When she learned about Gray's tree varieties, she thought it would be fun to track down examples of each one while there were still people around who remember planting them.

Last week, they put out the call to find GraBohls, GraTex, GraKing, GraZona, GraCross and GraParkGiant developed by Gray and his son Oscar Gray Jr. 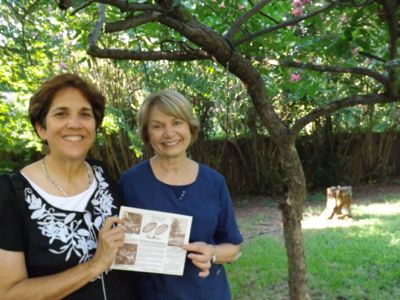 Carrie Donovan, Friends of O.S. Gray Steering Committee member, with Cindy Gray Gayle, granddaughter of O.S. Gray, in front of a GraBohls pecan tree that was planted in the yard in 1986.

Already they received dozens of emails from people who remember buying their pecan trees at Gray's nursery. Three even recall the variety they purchased. She noted they’ll have to rely on people’s memories as they have no way of identifying them.

“My objective goal is find one of each variety, take pictures and take nuts,” said Harbour. “This is not scientific research. We’re just saving it for history.”

Lisa McCoy, granddaughter of O.S. Gray and a member of the Friends group, said her grandfather died when she was 18 years old. However, she remembers him as a kind, gentle man who was passionate about pecans.

“He was all business,” she said.

If you have a pecan tree purchased at O.S. Gray’s nursery and know the variety, contact Harbour at [email protected].