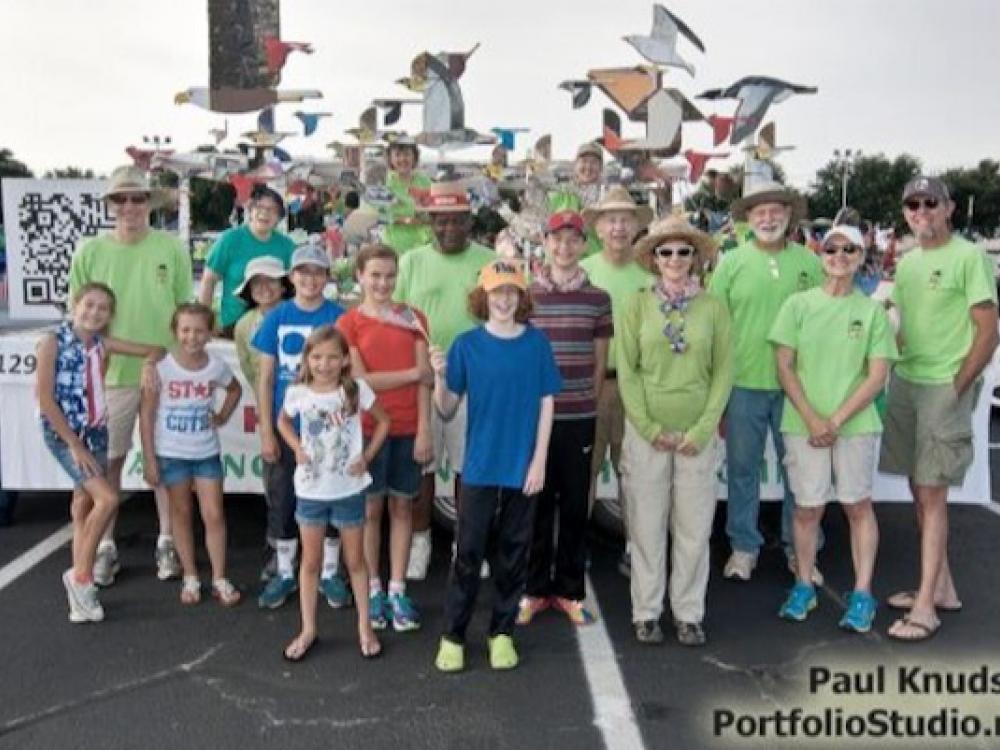 Arlington Conservation Council volunteers pose in front of their state bird float, made from recycled material, at the Arlington Fourth of July Parade. Archive photo courtesy of Paul Knudsen.​

The Arlington Conservation Council recently announced a new partnership with the University of Texas at Arlington to create an endowment.

The self-perpetuating investment will be used to fund scholarships and research projects at UTA, related to the group’s environmental mission.

The Arlington Conservation Council has a long history with UTA. The watchdog group was started in 1969 by a coalition of UTA professors and staff and their families.

Current ACC president, Dick Schoech, is a UTA graduate who taught at the university from 1978 to 2010, in the Social Work department.

“It’s a win-win,” said Schoech of the partnership with UTA. “It’s a good cause.”

Schoech said they’re hoping to attract donations from the community at large as well as from members.

ACC is required to raise $25,000 by the end of the year as part of their contract with UTA.

The scholarships will be used to help students in environmental studies pay for expenses such as fees and books. Meanwhile, the grants will be used to fund research to advance environmental causes, such as quantifying the value of natural areas, purchasing hiking trail counters or researching the best methods for dealing with invasive privet.

Schoech said they hope to award their first scholarship this fall.

While ACC has served in many capacities over five decades, including as activists, educators and volunteers, ACC members are excited about the prospect of adding another dimension to their group’s impact.

“Over 20 years ago, [ACC] was the group that told me I wasn’t the only treehugger in town,” said John Darling, ACC’s newsletter editor, in the January edition. “This endowment is better than anything we have done because we’re aiming right at the future, helping young environmentalists who could go on to do wonderful things we can’t imagine today.”