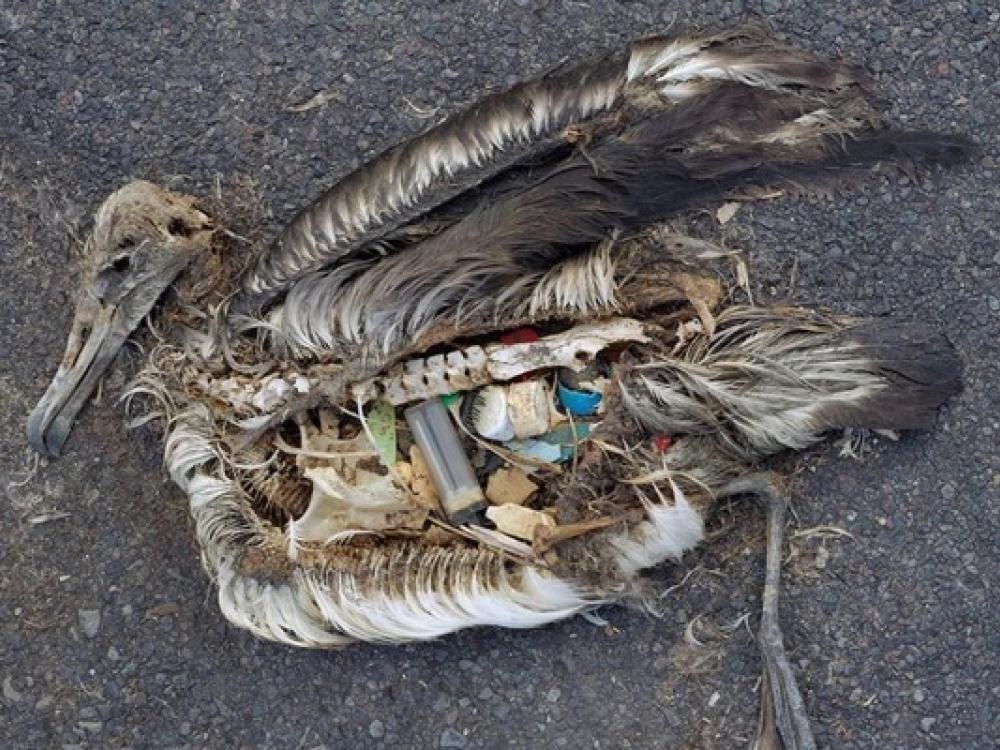 Above, the remains of an albatross who died on Midway Island reveals the plastic the bird ingested. Photos courtesy of Chris Jordan.

Chris Jordan doesn’t want to tell anyone what to do about plastic waste but he says it's time to face its impact. 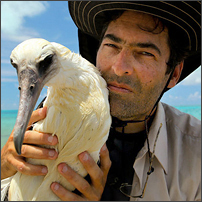 Jordan, a Seattle-based photographer, spent eights years working on his debut film Albatross, which screened at EarthxFilm on Friday.

The film documents the iconic birds who live on Midway Island in the middle of the Pacific who are dying from eating plastic castoffs.

“I didn’t do the standard documentary thing, which is to tell everybody how to behave at the end,” said Jordan, who introduced the film at the recent screening at Fair Park in Dallas during EarthX.

Instead, using sparse narration and symbolic images, the filmmaker guides us on a spiritual journey to reconcile what he sees as a crossroads for humanity.

The result is an artistically told tale that Jordan describes as a “meditation.”

The project started back in 2009 when he wanted to photograph the Great Pacific Garbage Patch, for a series on mass consumerism.

Turns out, it’s impossible to capture the garbage patch because the pieces are broken down and suspended beneath the surface. 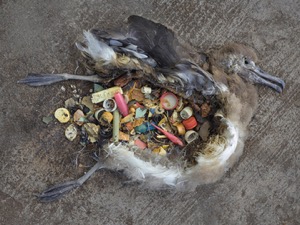 “If you could lift out all the plastic in the ocean, it’d be the size of Mount Everest,” he said.

A dead albatross chick with the plastic that was fed to it by its parent during its short lifetime.

A young activist told him, if you want to photograph the Pacific Garbage Patch, go to Midway Island and photograph the insides of albatross chicks that are dying from eating plastic.

"As I began researching it, it became more evident that an impossibly coincidental epic fable was happening on this island," said Jordan in a 2013 interview.

Jordan arranged a trip to Midway, a former U.S. military base now a national wildlife refuge, expecting to wrap up the project in two weeks. Instead, the former corporate attorney found himself emotionally devastated and haunted by what he saw.

“I had always held grief at a distance but on the island there was no way to minimize it or get around it,” he said. “I’d be filming and just dissolve in tears.”

He and his crew returned eight times over the years, awed by the Eden-like beauty of the island, marred by abandoned military buildings and equipment of war. All the while, Jordan faced pressure from investors who didn’t understand the delays.

“My backers were saying, ‘Dude you already have enough footage.’”

But the former attorney and UT law school grad was set on getting the story right and approached it as though building a case.

“One thing that carried me through was the doctrine of knowing who your client is,” he said. “I figured out early on, my client was the birds.” 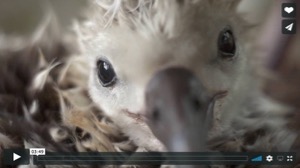 The final two and half years of the project were spent in the editing room, where Jordan boiled down 22,000 shots. He rewrote the narration a hundred times, at one point hiring and firing a scriptwriting team and then even removing the narration completely.

“I showed it to my friends [without narration] and they said it was like someone took them to Hell and dropped them off and abandoned them,” he said with a chuckle.

He realized he needed to serve as a benevolent guide, taking the viewer “midway between the horrors of the world and its immense complex overwhelming beauty.”

Jordan sees the mythology of the contemporary dilemma. The film opens with lines from the 1798 poem the Rime of the Ancient Mariner by Samual Coleridge, after which the albatross came to symbolize conspicuous guilt. In the story, the albatross, a symbol of good luck to sailors, is shot by the mariner. When the boat suffers a mishap, the crew blames the mariner and hangs the albatross around his neck to punish him.

Yet Jordan insists he didn’t intend to make people feel bad. He shoots straight with the truth, while showing empathy for the sting of it. He shares his own sorrow and rituals of mourning, which serve as a balm to the viewer.

“I hope it helps people connect with their own self and the universal truth, which is that we all love life and we are all a part of the miracle of the world.”

The final epiphany came when Jordan realized he didn't want to turn the film into a commercial enterprise. Instead, on April 22, Earth Day, he made it available free to anyone who wanted to host a screening. On June 8, World Oceans Day, the film will be available on the internet to all.

About: Seattle-based photographer and filmmaker Chris Jordan spent eight years chronicling the iconic birds on Midway Island in the middle of the Pacific who are dying from eating plastic.

Where to see: As of Earth Day, the film is available to anyone who wants to host a screening free. On World Oceans Day, the film will be available free on the internet to everyone.