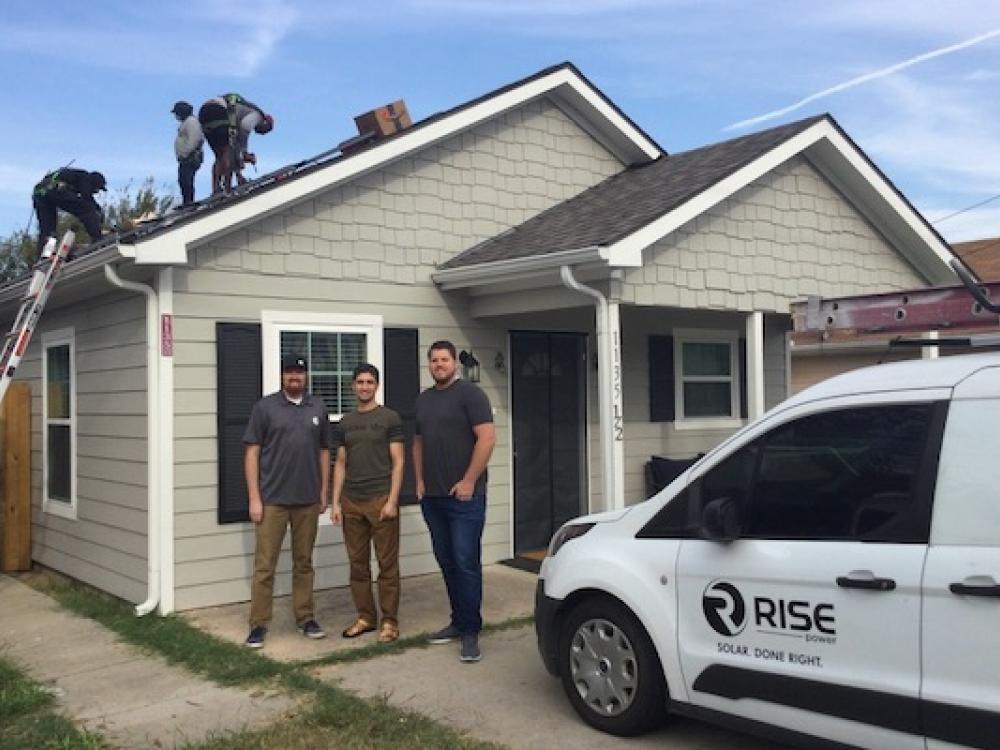 Abdullah Abed, center, and his family in Plano received a free solar installation with help from Plano Solar Co-Op and Habitat for Humanity. Photo courtesy of Solar United Neighbors.

Solar panels were installed on the home of an Afghan immigrant family in Plano on Wednesday, with help from Solar United Neighbors and Habitat for Humanity.

The family of four include Abdullah Abed, his wife Sweeta, along with their seven-year-old daughter, Zainab, and three-year-old son, Abdulrahman “Imran."

“We’re grateful to live in a beautiful house in Plano. Now we have the opportunity to give back by generating clean, renewable solar energy," said Abdullah Abed. "The solar panels will help with our electricity bills, too.”

Abdullah and Sweeta grew up in Kabul, where Abdulla worked with the United States Army as a linguist/instructor. When the U.S. Army started pulling out of Afghanistan, the Abed family felt that they might be harmed by militants for his service as an interpreter. Since he served in the military, the family was able to immigrate to the United States in 2015, according to KRLD 1080.

Abed said he'd been interested in solar energy for many years before Habitat for Humanity told him about Plano Solar Co-Op, a cooperative run by the nonprofit Solar United Neighbors.

Solar co-ops allow a group of neighbors or businesses to learn about solar and go solar together through a good group rate. The Plano co-op members selected RISE Power, which is based in Dallas, to install panels for the 146-member group. 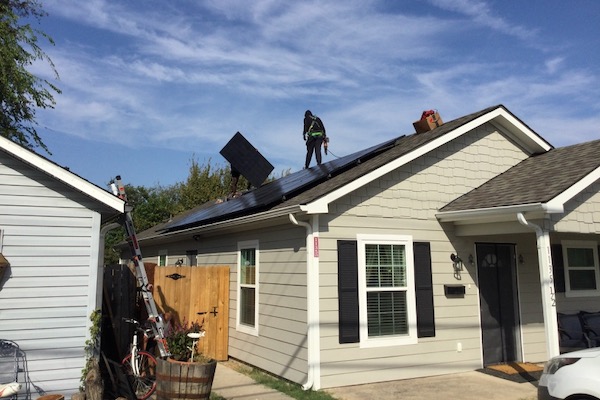 The solar company donated the panels and Habitat for Humanity donated the labor to install them. Courtesy of Solar United Neighbors.

The family had partnered with Habitat for Humanity to move into their rehabbed Plano house in November 2020. They fufilled their “Sweat Equity hours,” as volunteers with Habitat, are on the path to home ownership.

As an added bonus, after Abed joined the Plano Solar Co-Op, RISE Power donated the solar panels and Habitat for Humanity donated the labor to install them, according to Denise Robbins, spokesperson for Solar United Neighbors.

Larry Howe, founder of Plano Solar Advocates, praised the nonprofits for their forward-thinking charity. Howe said he modeled Plano Solar Advocates after Solar United Neighbors, before the DC-based advocacy group moved to Texas. Howe was among those who urged the solar co-op to come to the Lone Star State.

“I’m a big fan of Solar United Neighbors,” said Howe. “I applaud whatever we can do to help people to get more clean energy and promote energy efficiency.”

Want to go solar? Local experts say 'go for it'